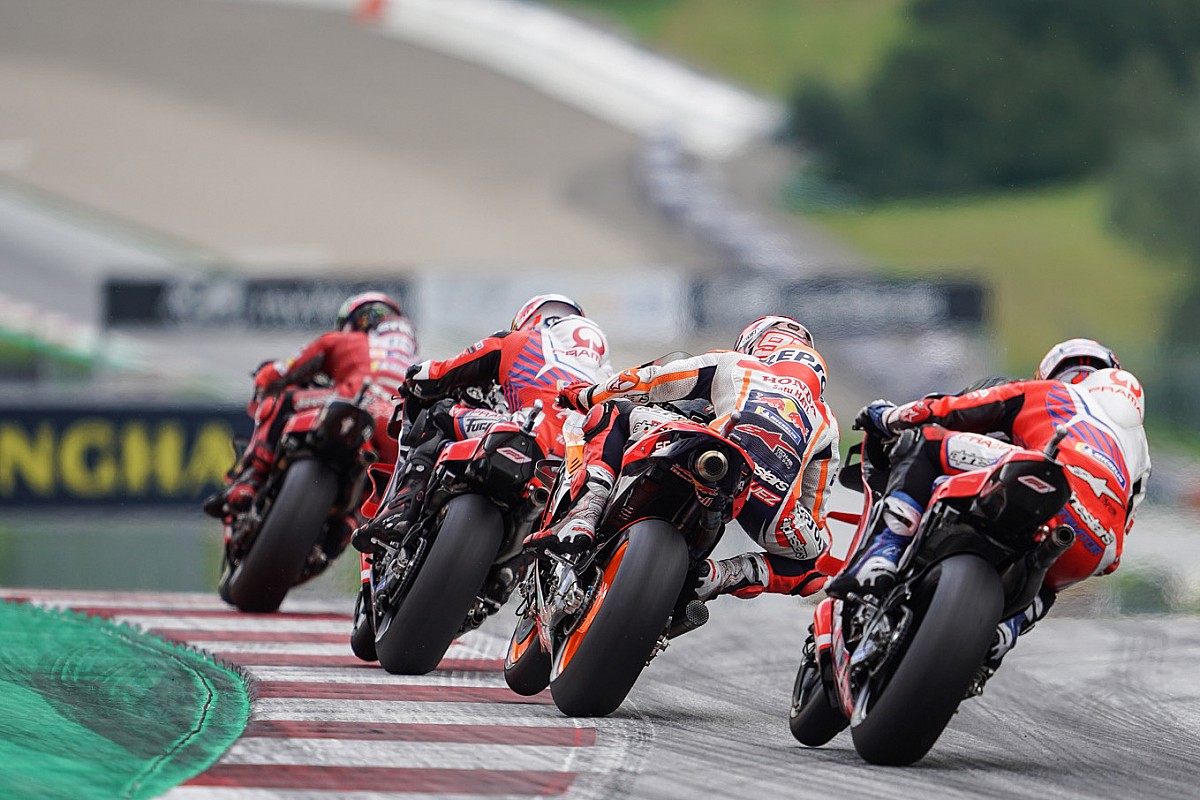 As rainfall intensified in the closing stages of last Sunday’s 28-lap Austrian GP, Binder was the only rider of the leading six to stay out on lap 25 as conditions worsened.

This proved to be an inspired decision as he managed to keep his KTM upright to take a stunning victory on his team’s home turf.

The race was also significant for the championship battle, as Yamaha’s Fabio Quartararo emerged from it 47 points in the lead of the standings despite falling to seventh following his switch to his wet bike.

In the latest Tank Slappers podcast, Autosport’s Lewis Duncan and Motorsport.com’s Oriol Puigdemont discuss the madness that was the 2021 Austrian GP.

They also dissect the news that Maverick Vinales will be joining Aprilia in 2022, announced just days after he was suspended by Yamaha for deliberately trying to blow up his engine in the Styrian GP.