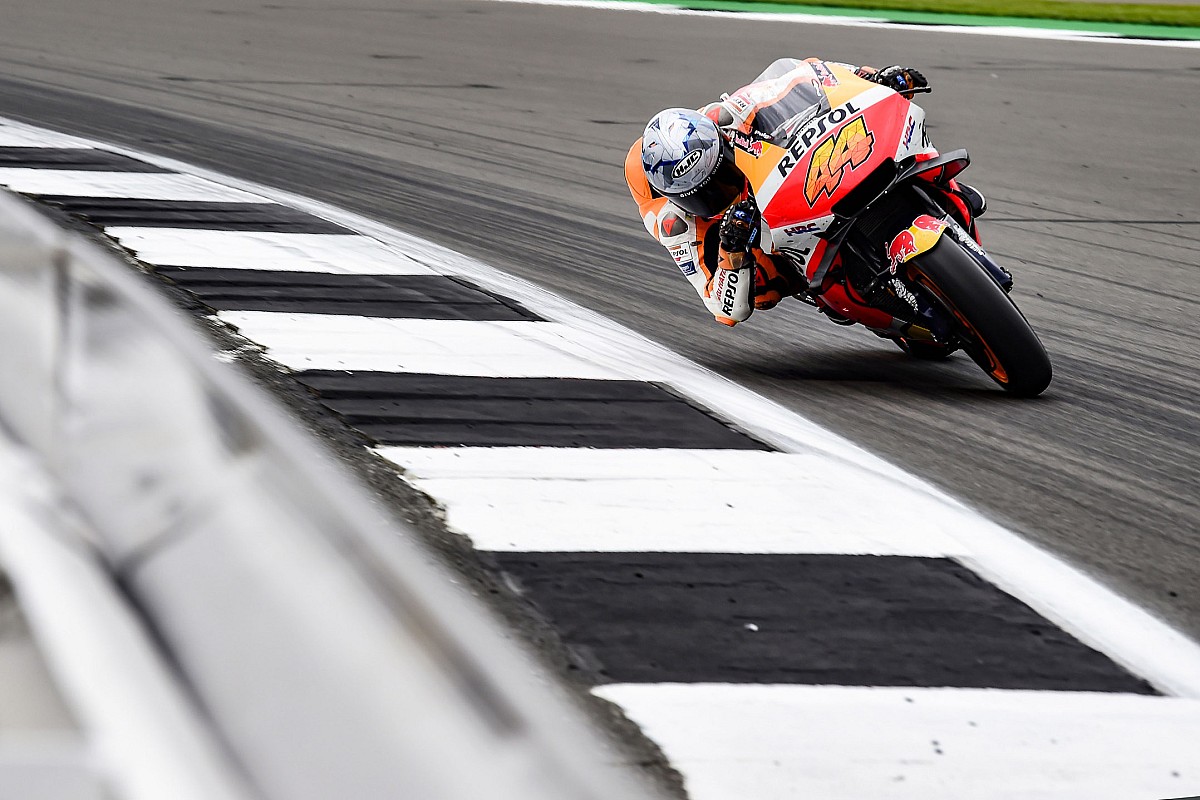 The Repsol Honda rider claimed his first pole for the team after Jorge Martin missed out by having his provisional pole time deleted for cutting the chicane at the Vale section of the Silverstone circuit.

That saw Espargaro rewarded with his third career MotoGP pole and Martin pushed back to fourth place, as Ducati’s Francesco Bagnaia and Yamaha’s Fabio Quartararo were promoted to second and third respectively.

Marc Marquez had to settle for fifth place for Honda, having bounced back from a high-speed crash in FP1, with Aprilia’s Aleix Espargaro completing the second row.

Despite topping FP3, Jack Miller could only manage seventh place in Q2 as he felt his qualifying was hampered by tyre issues with his Ducati.

Valentino Rossi enjoyed a small resurgence in eighth place for Petronas SRT Yamaha as Johann Zarco rounded out the fourth row on the Pramac Ducati having progress through from Q1.

Alex Rins also made it through from Q1 to qualify 10th, directly ahead of Suzuki team-mate Joan Mir, with Austrian GP winner Brad Binder taking 12th place for KTM.

Home riders Cal Crutchlow and Jake Dixon both struggled in qualifying and will line up on the grid in 19th and 21st place respectively. 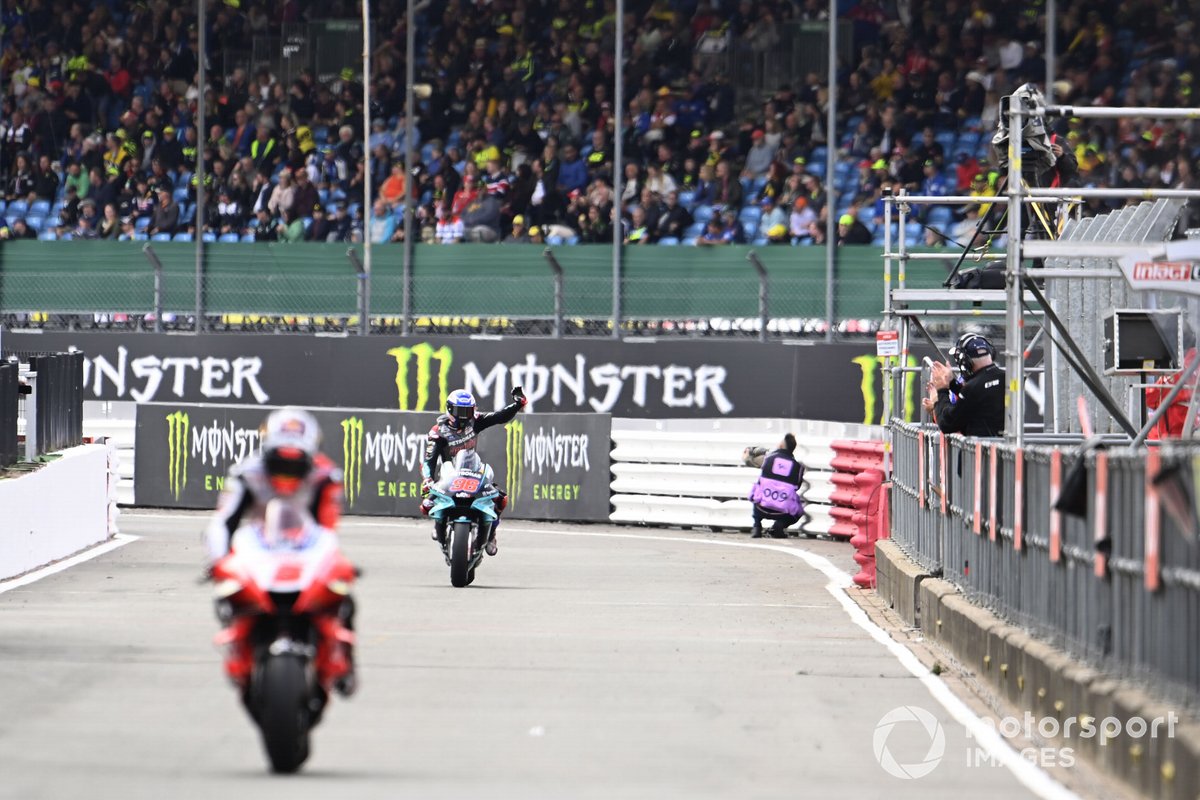 When is the MotoGP British Grand Prix?

How can I watch the British MotoGP?

In the United Kingdom, the British GP race day will be broadcast live on BT Sport, which has live broadcasting television rights for the 2021 MotoGP season. The race will be shown live on BT Sport 2, with race coverage starting at 12:30pm BST, directly after the Moto3 race. The MotoGP race is being held before the Moto2 race to avoid a TV programming clash with the Formula 1 Belgian GP. 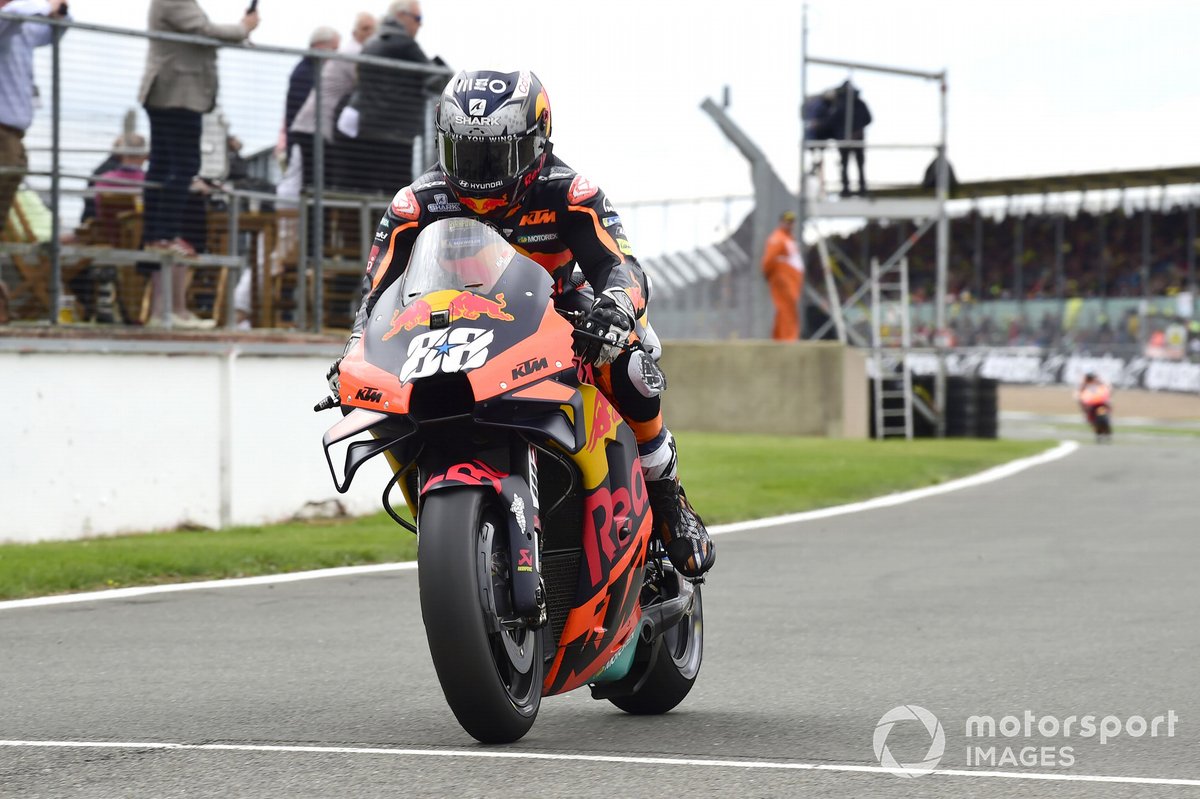 ITV will broadcast the British MotoGP race (premier class only) live, with coverage at starting at 12.30pm and finishing at 2:30pm.

MotoGP also offers its own live online video streaming service which is available to stream in the UK.

How can I watch the British MotoGP highlights?

ITV4 will show the highlights of each MotoGP round in 2021, including highlights of the Moto2 and Moto3 classes, which will be broadcast on each Monday evening after the race.

Dry and cloudy weather conditions with a chance of sunny spells are forecast for the British Grand Prix at Silverstone on Sunday afternoon, with a high of 17 degrees Celsius for the start of the race – five degrees cooler than the Austrian GP last time out.