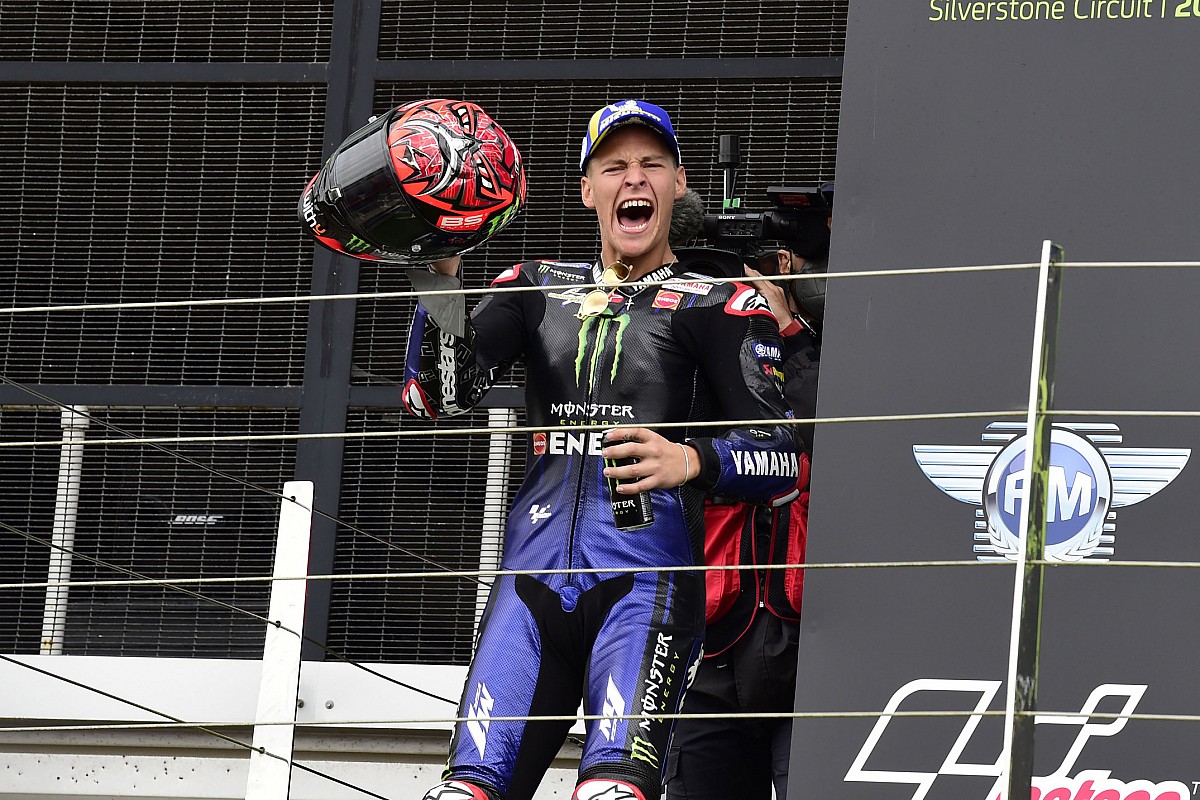 Quartararo cruised to his fifth win of the 2021 season in the 20-lap British GP to extend his championship advantage to well over two victories with (provisionally) six rounds left of the campaign.

Nearest title rival and the defending champion Joan Mir also admitted after a disappointing ninth at Silverstone following front tyre issues that the 2021 crown is now out of reach.

When asked if his Silverstone win was the most important of his five this year, Quartararo said that it naturally was given the implications it has on his championship hopes – but no longer wants to think about the title in the next races as he is enjoying fighting for victory too much.

“Yes, but I’m not really focused on the championship,” Quartararo said when asked about his Silverstone win in the context of his championship hopes.

“But when you look, you start [the British GP] with a 47-point lead and you go to 65, of course it’s the most important one.

“But yes, I feel like before starting that race I was telling myself to don’t think about the championship at least until after Misano.

“And actually, right now I think don’t want to think anymore, because I’m enjoying it and I feel good on the bike.

“So, I’m going to the next one like it was the first one and I’m enjoying it. So, I’m super happy.” 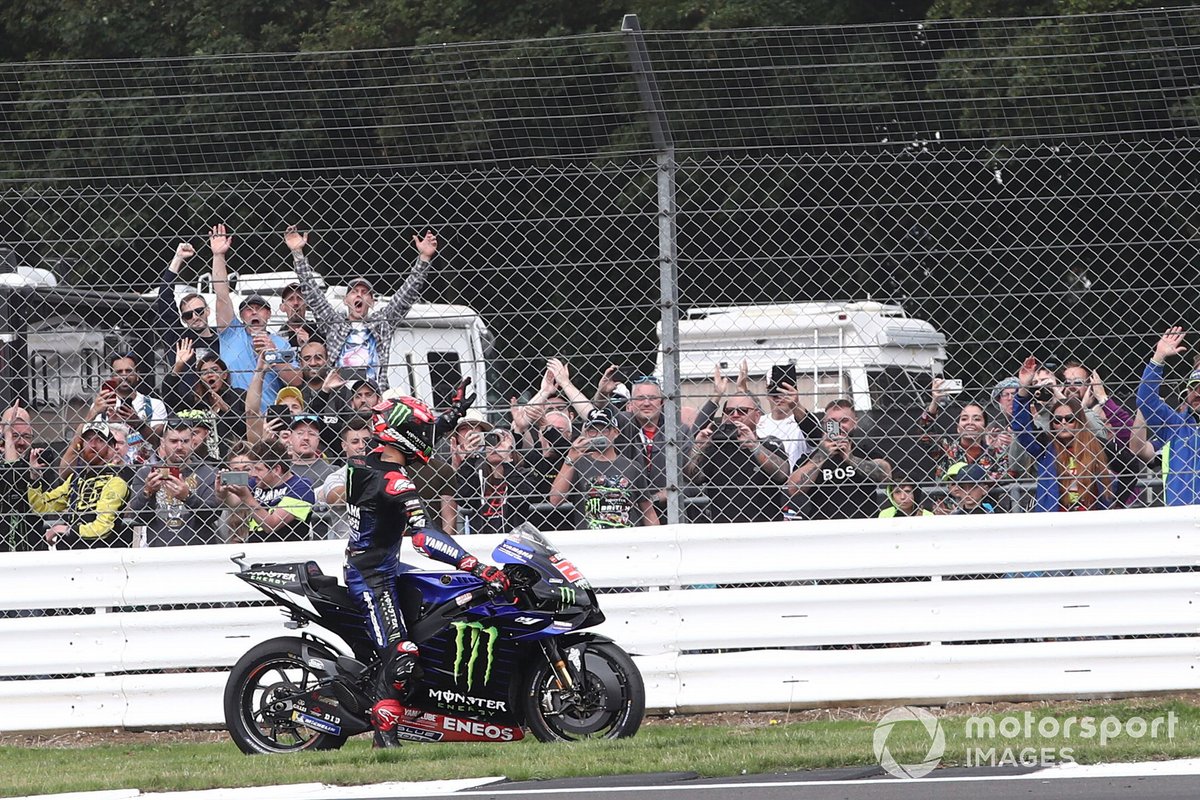 Quartararo could conceivably finish third in the remaining races six races and win the championship, but insists this fact will not influence his approach – though concedes his standings advantage gives him margin to be more conservative in races if needs be.

“I will not change my approach because I’m enjoying so much fighting for the victories,” Quartararo added.

“Then the championship is something that comes if you make those results.

“Of course, if in one race I feel like it’s not possible [the victory] I will not make a stupid mistake.

“So, my approach is still the same but of course I know I have a little bit more margin to play.

“But my approach will be to arrive on the track and see our potential, and if we have the opportunity we will fight for the victory and for the podium.”