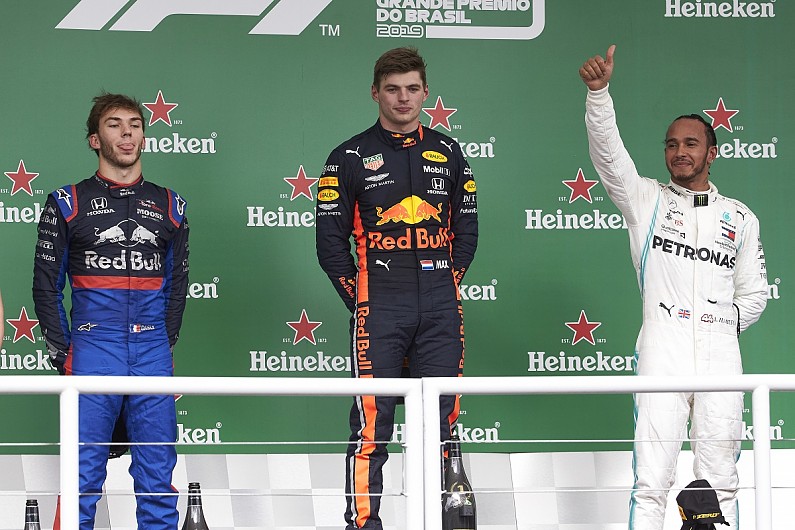 Hamilton and Mercedes swept to the drivers’ and constructors’ title again in 2019, giving the team its sixth consecutive championship double and Hamilton is fifth crown in six seasons.

Conversely, Ferrari’s challenge fell away early in the year and Red Bull’s transitional season with Honda meant it has taken three victories but has failed to mount a sustained championship bid.

However, after being beaten by the Honda-powered Red Bull of Max Verstappen in the Brazilian Grand Prix, and out-dragged to the line for second by Pierre Gasly’s Honda-engined Toro Rosso, Hamilton believes Red Bull will join the title fight in 2020.

“The Honda’s obviously made some big steps and it’s great to see another manufacturer as strong as they are now,” he said.

“It means that hopefully next year we’re going to have a serious three-way, four-way battle and that’s great for Formula 1.”

Verstappen has avoided big predictions throughout the first year of the Red Bull-Honda project but has enthused greatly about the Japanese manufacturer’s progress, which has facilitated his strongest season in F1. 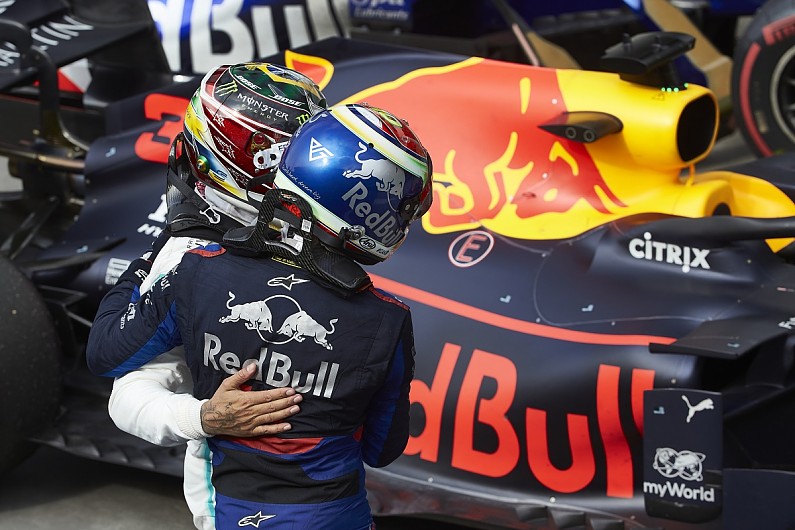 Gasly’s surprise second-place finish in Brazil gave Honda its first one-two in F1 since the 1991 Japanese Grand Prix, and Verstappen admitted “I always get reminded with the stats”.

“The pole was the last time in 1991 here in Brazil,” he added. “I think it’s a good time to start doing these things again.

“We keep relying on the results from the ’90s.

“I think Honda is definitely on a very good way. Throughout the season they have been improving massively so I am very pleased with it.”

If Honda can power Red Bull to a full title challenge, it will put Hamilton up against Verstappen for the first time.

After fighting Verstappen, and the other Red Bull of Alex Albon in Brazil, Hamilton said: “It’s inevitable that the youngsters are going to come through.

“There’s often a wave of young talent that manages to make its way through to Formula 1.

“I think Formula 1’s got a lot of new young blood with a lot of potential and they really are the future of the sport.

“Fortunately I feel that while the number [of years] shows a little bit higher, I feel like I’m able to still kick it with these guys.

“So I’m excited for the future, racing with these guys and if we can get these teams to be closer, then we’re going to see more awesome battles like [Brazil] and I think that would be great.” 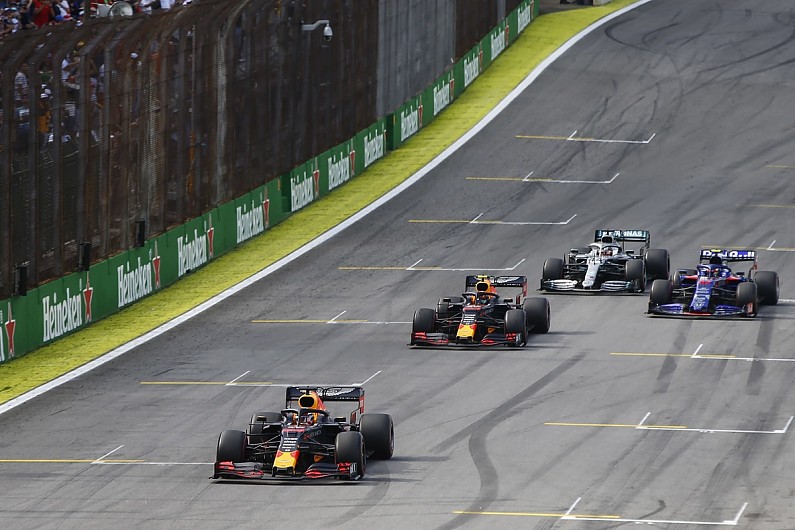