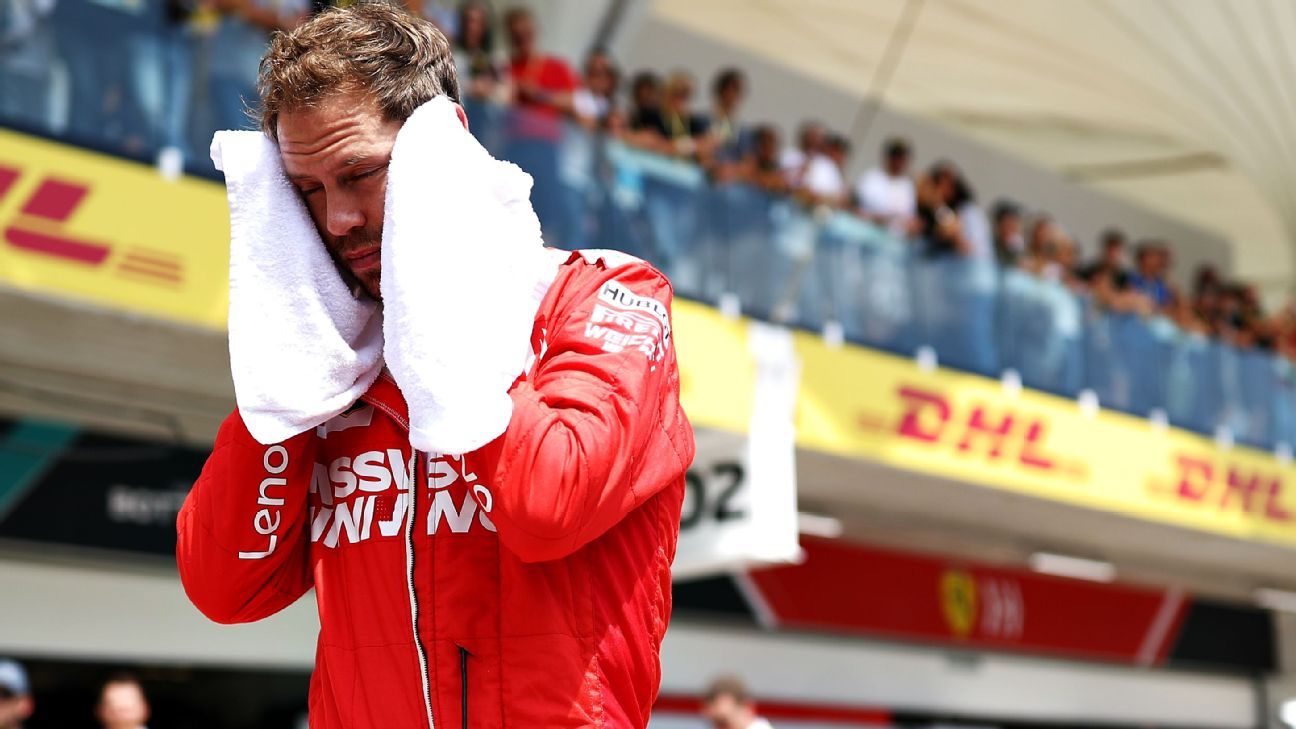 After the chaos of the Brazilian Grand Prix, we sat down ESPN’s F1 writers — Kate Walker, Maurice Hamilton, Nate Saunders and Laurence Edmondson — to discuss the main talking points from the Interlagos weekend…

How can Ferrari diffuse the fallout from the latest Leclerc/Vettel clash?

KW: With difficulty! Luckily there’s only one more race to worry about, with the winter as a cooling off period, but Binotto is going to have to find a way to smooth things over before 2020. Defining a No.1 driver would be ideal, but Sebastian won’t take No.2 status and Charles doesn’t deserve to.

MH: It will come as no surprise to Mattia Binotto that he has to do this; it’s been brewing all season, particularly in the second half. His priority has to be nailing such silliness before next season otherwise 2020 will be shredded, along with more bits of carbon. The underlying difficulty will be Vettel’s pride, which has received so many knocks in the past 15 months. Binotto knows best how to deal with a tricky scenario that requires Vettel to accept equal status, not only for the good of the team but to also to allow Seb to redeem his reputation in what will be the final stage of his career.

NS: They need some rules of engagement, similar to what Hamilton and Rosberg were given after their clash in Spain. They never collided after that as Mercedes had laid out the consequences for doing so.

LE: Mercedes-style rules of engagement need to be laid out and the punishments need to be harsh for future transgressions. For team harmony, the two drivers should start 2020 as equals and Ferrari should then support whichever driver looks more capable of mounting a championship challenge by mid-season. What’s more, if they intend to keep Seb beyond 2020 (another question in itself), they should get the deal done as soon as possible to avoid the obvious tension the negotiations will create.

Is Carlos Sainz the star of the 2019 midfield?

KW: If you’d asked me to name the midfield star I wouldn’t have immediately gone for Carlos, but on reflection there’s no one else it could really be. The move to McLaren seems to have suited him, and he’s top of the B-championship standings. Not to mention he’s got 40+ points over the highest-scoring driver on the team he left…

MH: Unquestionably. Even allowing for assistance from Hamilton, Ferrari and the advent of safety cars (which was both good and bad), to come from back of the grid to third was yet another chapter in Sainz’s already impressive season. His outstanding drive had everything, from precise passes to a strong defence on knackered tyres on such a physically demanding track. A classy advert for never giving up.

NS: Unquestionably. He has been great all year – McLaren tried to get Daniel Ricciardo last year but it’s starting to look like Sainz has the same amount of potential as the Australian.

LE: It’s hard to make an argument for anyone else. Given the expectations on each midfield driver at the start of the year, he’s flown way higher than any other. But if I had a team on the grid for 2019 and I had a straight choice between Sainz and Ricciardo, I’d still pick Ricciardo.

With Pierre Gasly in the form of his life, did Red Bull make the decision to keep Alexander Albon for 2020 prematurely?

KW: Nope. Whatever Gasly’s current run, he’s not the full package Red Bull want right now. Albon isn’t only a strong driver (who should have been on the podium on Sunday), but he’s also Thai-born, something that only makes him more appealing to the 51 percent of the greater Red Bull company which is Thai-owned. Money, combined with talent, talks.

MH: This assumes that Red Bull respect driver contracts and don’t change tactics on a whim or a couple of bad results. I don’t think Dr. Marko will be losing too much sleep over this one! Despite the occasional rookie error and a lack of experience when thrown in the deep end, Albon has done all that’s been asked at this level. Even allowing for Gasly’s awesome weekend in Brazil, there’s no way Red Bull will change their mind. Or, at least, not between now and, say, the third or fourth race of 2020.

NS: I think this proves Gasly was promoted too early in the first place. He’s blossoming nicely away from the pressure of the front of the grid.

LE: No, not at all. Albon has impressed more than Gasly over the course of the year and deserves a shot at a full season with Red Bull, including the luxury of pre-season testing to get used to the car. Albon still faces a big gap in performance to Verstappen, but looks more capable of closing it than Gasly ever did.

The Brazilian Grand Prix was a classic, but should F1 consider a format which makes every round relevant for the championship fight?

KW: Probably? In theory every round is important, as the drivers’ standings have 19 other places to sort out, several of which won’t be set till the Abu Dhabi chequered flag. But there’s no denying an early wrap up flattens the finale. A return to the ‘drop the worst results’ system could keep things alive while ticking the ‘historical precedence’ box.

MH: Given that the top ten finishers get the same points each time, I would have thought that every round is relevant for the championship. The ingredients for making this race a classic were Interlagos itself (see answer to next question) and the safety car appearing when it did. When it comes to a format for making the championship (and racing) more exciting and relevant, hopefully that is being addressed by the changes for 2021.

NS: Yes. A casual fan — the sort F1 is trying to reach — doesn’t care much for the battle for third or eighth in the championship, and you can’t rely on a thrilling dead rubber race every year — they are rarely as good as last Sunday.

LE: Unless you have a NASCAR-style playoff, there is always a risk of dead rubber races at the end of the season (as there is in Premier League football, for example). But I don’t think F1 should go the NASCAR way. Imagine the 2009 season — when Brawn GP won six of the first seven races and held on to win the title with one race remaining — if you’d had a playoff system then all that hard work by Brawn at the start of the year would have been worth nothing. The key is levelling the playing field so the title battle goes longer into the year, not a knee-jerk reaction based on Mercedes’ recent success/Ferrari’s failings.

Should F1 reconsider plans to leave São Paulo for Rio in 2021?

KW: On what grounds? Interlagos is actually safer than the proposed new site, so if that’s the aim then yes. To ensure good/better racing? We’ve had good and bad races at Interlagos; this one was fairly dull for the first 50-odd laps before two Safety Cars kicked it into gear.

MH: After Monza, Interlagos has always been my favourite venue for atmosphere and raw passion. The incredible history attached to racing here says everything about the effectiveness of such a short but demanding old-school track. Racing at Rio’s Jacarepaguá was never a patch on Interlagos. I don’t know much about plans for the new circuit. Sparkling new facilities may be a hit with F1’s corporate players but they will never be a substitute for Interlagos, warts and all

NS: Interlagos is a great circuit. It should host title deciders every year.

LE: Interlagos should be on F1’s protected circuits list along with Spa, Monza, Monaco, Silverstone and Suzuka. I also agree with Nate, Sao Paulo should hold the season finale every year so that when the title goes down to the wire we head for a circuit with notoriously unpredictable racing.