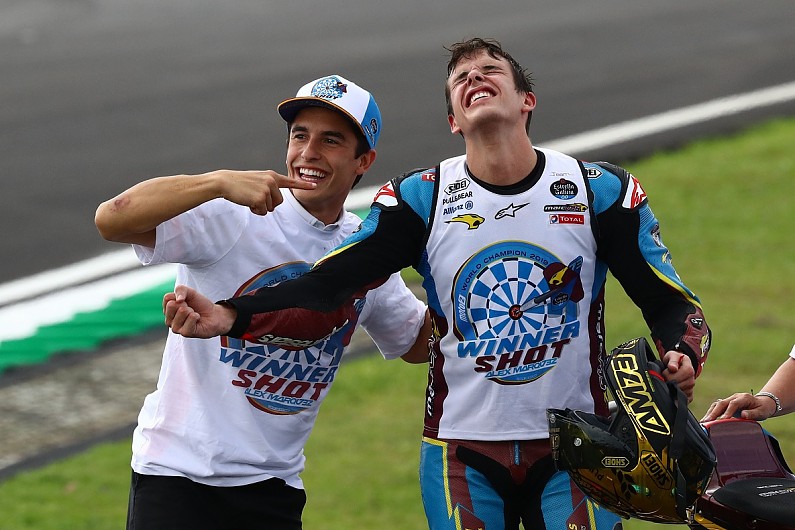 On Monday in Valencia, Honda announced it would be partnering Marc Marquez with his Moto2 world champion brother in MotoGP next season.

The previous Thursday, Jorge Lorenzo announced his retirement, with rumours immediately swirling as to who could replace him at the works Honda team.

Sensationally, Alex Marquez emerged as a contender, with Autosport revealing on Friday that a deal was close to being agreed between both parties.

Oriol and Lewis also share their fondest memories of Lorenzo’s glittering career, and discuss the rumours linking Johann Zarco – previously thought to be in line for Lorenzo’s Honda – to the Avintia Ducati team for next year.

The Tank Slappers podcast is Autosport and the Motorsport Network’s podcast for all things two-wheeled, and can be found on Apple Podcasts via ITunes, Google Podcasts and Spotify – simply search for ‘Tank Slappers’.