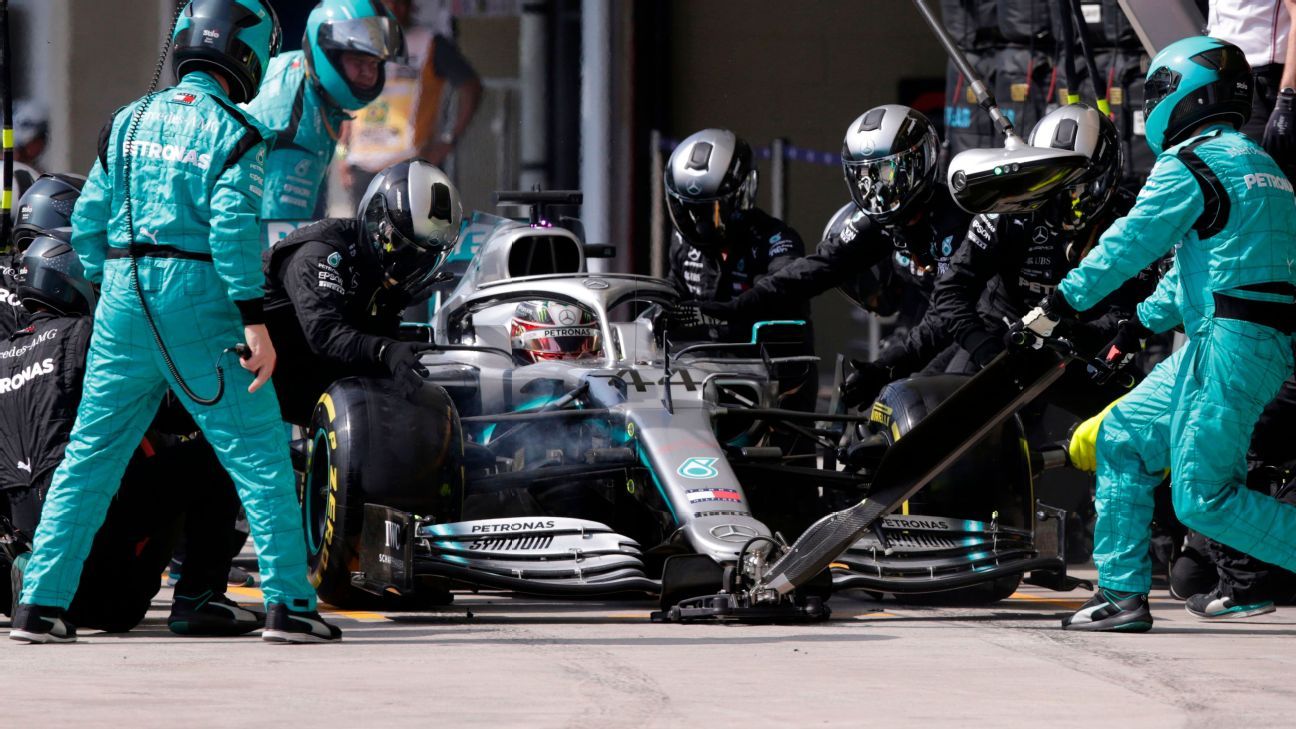 Mercedes admitted the decision to call Lewis Hamilton in for a tyre change at the final deployment of the Safety Car at the Brazilian Grand Prix was a “rookie mistake” and the fault of the pit-wall, not the driver.

After Ferrari pair Charles Leclerc and Sebastian Vettel collided six laps from the finish a Safety Car was deployed to clear both cars from trackside and sweep debris away from the circuit. Hamilton was running second behind race leader Max Verstappen but made the surprising decision to come in for fresh tyres – the theory would have been to attack Max Verstappen for the lead, but there was no guarantee the race would be restarted and it meant sacrificing track position.

Mercedes radio revealed the team put Hamilton on the spot about the strategy, with race engineer telling him: “Let us know if you want tyres, you will lose one place.”

Hamilton replied: “You make the decision…”

The world champion then said “I’ll come in, I’ll come in” and entered the pit-lane. However, he lost two positions instead of one, falling behind both Red Bull’s Alexander Albon and Toro Rosso’s Pierre Gasly.

The race restarted with two laps left. Hamilton quickly got by Gasly but then clumsily collided with Albon. Gasly got back in front and Hamilton, nursing a Mercedes with a damaged front wing, was unable to get back past. The Albon collision resulted in a post-race time penalty which relegated Hamilton off the podium – the six-time world champion took full responsibility for the clash and apologised to Albon after the race.

Mercedes technical chief James Allison, who was leading the pit-wall in the absence of team boss Toto Wolff, said the team had simply misjudged the situation at the end of the race.

“Having not had the shiniest of races to that point, we then just did something plain dumb, which was – we thought we were exchanging a place for fresh rubber with enough laps left to get that place back properly and then have a go for the lead,” Allison said. “That was just factually incorrect because we were exchanging two places, we hadn’t factored Gasly, and secondly with the amount of debris on the track, there was just a lot more laps taken up by the safety car than we’d anticipated.

“And that was just, I think, that your rookie error of a not quite quick enough car on the day and trying to stretch too far for victory. It wasn’t on, we just made a mistake.”

Allison regretted putting the decision in the hands of Hamilton, as the team offered him the wrong overview of the situation. He said the team immediately realised it had made a mistake when Hamilton emerged in fourth.

“This was entirely our fault. Because we saw what we thought was a fleeting opportunity. It was not at all clear to us that it was the right thing to do. But there was a possibility.

“We thought, well, let’s let’s give Lewis a chance to give his view, which we shouldn’t have done because we didn’t give him the right information. We said one place and it was two and secondly, we should have just made the call ourselves. So he uhmmed and ahhed for a second or two before diving in the pits, because he likes racing. But that was our mistake.

“I think from the moment that we made the call it was like a heart-sink moment after he emerged from the box behind Gasly and then we just were thinking: ‘Why do we do that?’ “