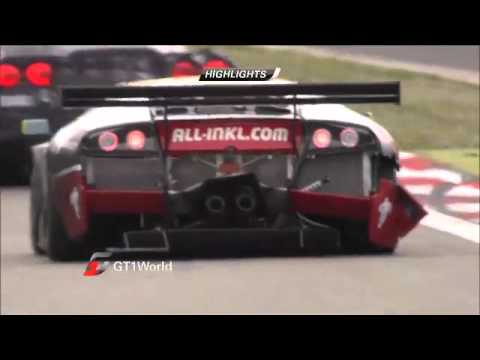 The Official YouTube channel of the FIA GT1 World Championship.

Watch live races, exclusive driver interviews and all behind the scenes action.

The FIA GT1 World Championship is a world championship sports car racing series developed by the SRO Group and regulated by the Fédération Internationale de l’Automobile (FIA). It features multiple grand tourer race cars based on production road cars and conforming with the GT1 (2010-2011) and GT3 (2012-) regulations competing in one-hour races on multiple continents. Championships are awarded each season for drivers and teams.

The FIA GT1 World Championship has started in 2010 as a successor to the previous FIA GT Championship which featured the GT1 category as well as a GT2 category. In 2012 the series originally planned to move away from exclusive use of GT1 cars by allowing 2009-spec GT2 from the former FIA GT Championship as well as current performance balanced GT3 specification cars to compete alongside the series’ current GT1 cars. However as there were no interested GT2 teams and only a handful of former GT1 runners were willing to participate, the SRO decided that the 2012 season would be contested with GT3-spec cars only (yet retaining GT1 in the series’ title). All vehices will be performance balanced with weight and restrictor adjustments to make different makes artificially more equal.