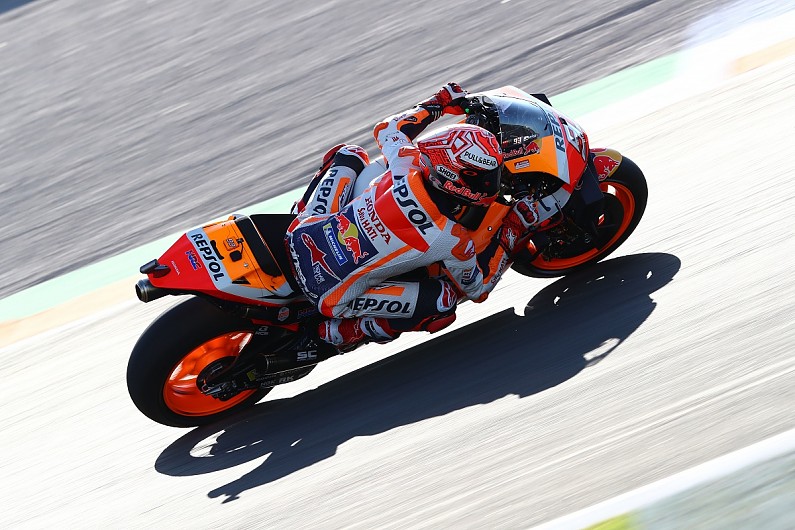 Numerous riders made complaints after Friday’s running about the track conditions, with Honda rider Marquez admitting the field was “lucky” it was sunny and is wary of the situation changing should it become cloudier.

“I mean, of course it’s two typical corners here to crash at because of the cold conditions,” Marquez commented.

“It’s Turn 4 and Turn 10-11. Of course, sometimes we come here in Valencia and it’s nice weather, but most of the years it’s very cold, especially in the morning, especially for Moto3 riders, even for MotoGP riders.

“But it’s true that today we were lucky that it was sunshine. If it’s cloudy and like last year, then it’s critical.”

Marquez praised Michelin’s tyre options as being able to cope with the weather, but Valentino Rossi was less convinced. 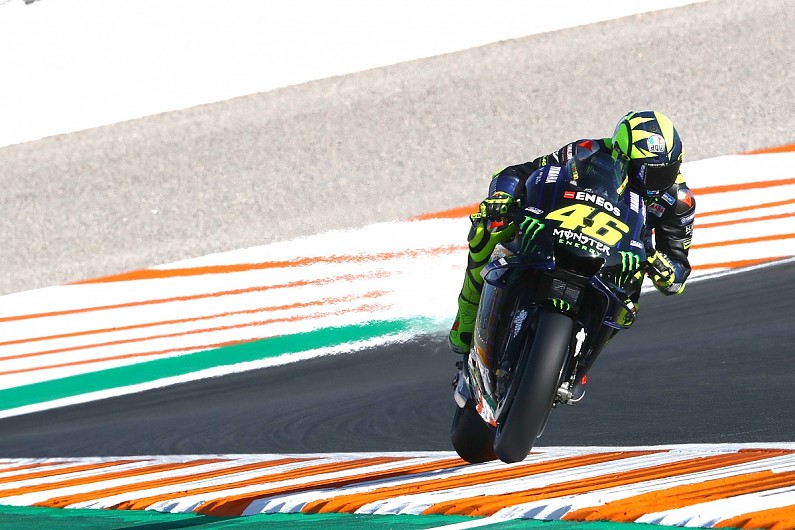 The Yamaha rider crashed twice on Friday at the corners Marquez marked as danger zones in the cold, though it was his second incident in FP2 at Turn 10 which left him baffled – which led him to theorise that the medium front tyre he was running at the time was too hard for the temperatures at the time.

“The second crash, we checked [the data] and I did not do anything different from the lap before,” Rossi said.

“[The tyre] was already on lap seven or eight. For sure, here with the medium front everybody is very much on the limit because the temperature on the asphalt is very low and that corner is very dangerous because you arrive [leaning over] a lot on the left.

“Maybe this is the problem. We will check more deeply.”

When Marquez’s comments about the tyres were put to him, he added: “For me, the problem is not the front tyre: the problem is that it’s November 15th.

“Maybe we need to make this [final] race in Sepang, because here [in Valencia] it is winter.

“Yes, on the Michelin front tyre you have good spacing between the left and right, on the right side it’s very soft.

“But sometimes it’s not enough. More than the allocation [the problem] is that it is winter time.”