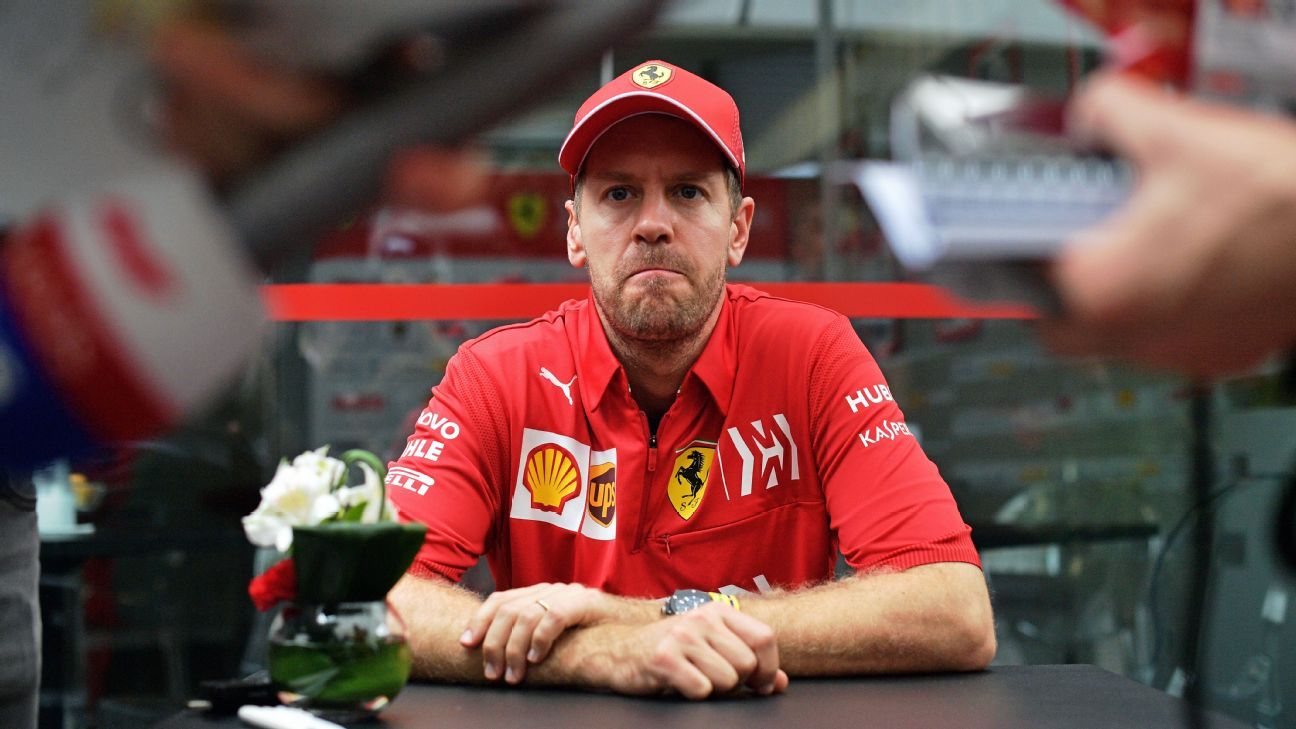 SAO PAULO, Brazil — Sebastian Vettel has shrugged off speculation about the legality of Ferrari’s engine after Max Verstappen suggested the Italian team had been cheating up until the U.S. Grand Prix.

Verstappen made the comments after Ferrari struggled for performance at the last round in Austin following a purple patch at the previous six rounds. Verstappen’s allegations were based on Ferrari’s lack of pace coinciding with a clarification from the FIA over what is and isn’t allowed regarding the fuel-flow meter — the standard FIA device that monitors the rate at which fuel is consumed by the engine.

The governing body’s clarification was issued in the form of a technical directive after Verstappen’s team, Red Bull, raised questions over a way of taking advantage of the intermittent way the fuel flow meter works by increasing the flow in between measurements. The insinuation was that Ferrari may have been going above the 100kg per hour limit and gaining a performance advantage by doing so.

“I think everybody is free to say what they want,” Vettel said of Verstappen’s comments. “I don’t think anybody in the team took it personally.

“I think it’s not professional and not mature, but I can also see that you [the media] are probably interested in me answering back. I don’t have much interest in that, other than saying that for us, the best way to answer in a way is to probably go back to normal.

Straight-line speed has been Ferrari’s main strength all year, but its advantage over the rest of the pack was considerably smaller in Austin.

Asked if Ferrari’s straight-line advantage will return this weekend, Vettel said: “I don’t see why not.”

On Sunday in Austin, Ferrari admitted it did not know the exact reason for its lack of race pace, but hinted that an experimental setup was the reason for the lack of straight-line speed. Vettel said there were a number of reasons that contributed to the poor performance, but Verstappen’s suggestion was wide of the mark.

“We are not proud of how we performed in Austin on Sunday. After Saturday, nobody had the need to complain. Sunday I think we struggled probably with more than one thing, conditions, tyres, setup, which are things we need to work on. But calling it that far I think is not right. But again, live and let live.”