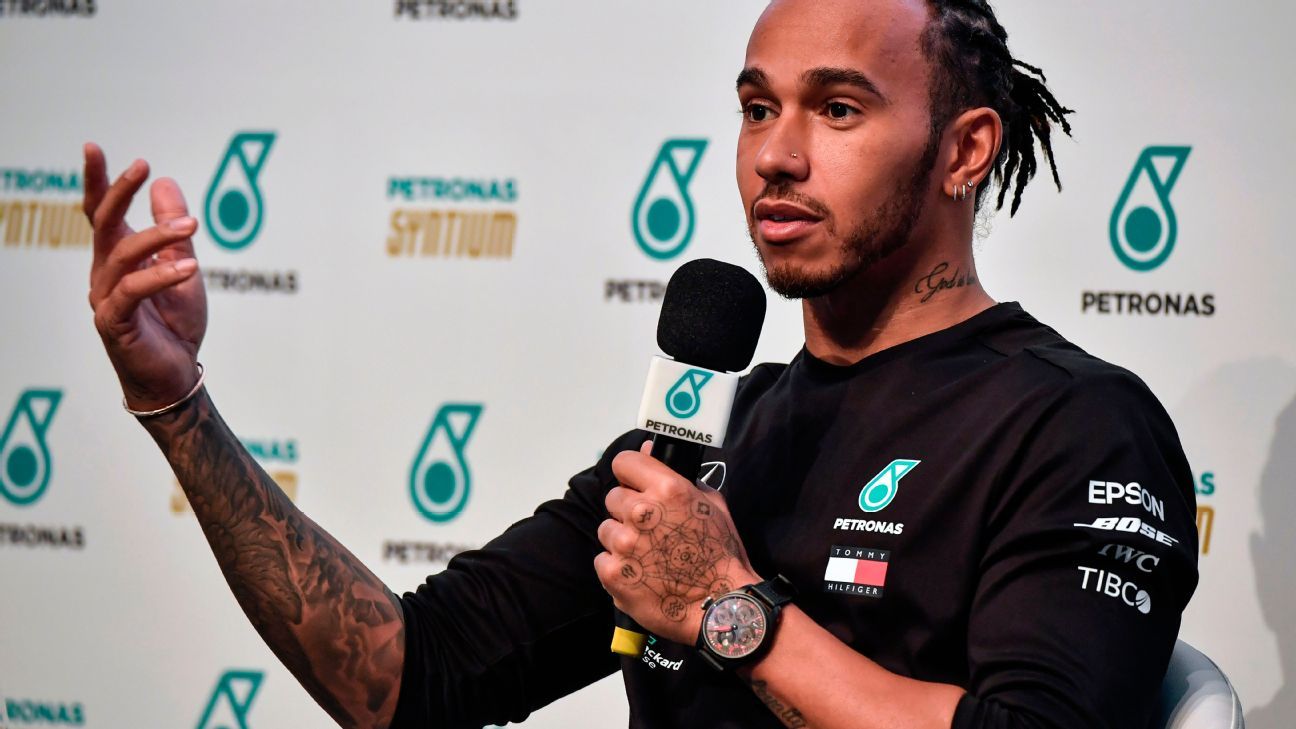 SAO PAULO — Six-time Formula One champion Lewis Hamilton is already focusing his mind on extending his contract with Mercedes beyond the end of 2020.

Hamilton wrapped up his sixth world title two weeks ago at the U.S. Grand Prix and is now one championship away from equalling Michael Schumacher’s record of seven. He has made clear that he intends to stay at Mercedes, which has delivered five of his six titles so far, but is still preparing for a tough negotiating period with team boss Toto Wolff.

“It feels like I’ve only just signed my current contract, and I’ve already got to start talking about the next one,” he said ahead of Sunday’s Brazilian Grand Prix. “It’s frustrating because it’s another stressful moment where you get into the negotiating room, get into the ring and have a friendly yet intense conversation about terms and all this kind of thing.

“But I’m used to it now. I like to think I’m a relatively good negotiator.

“I think it’s confrontation, isn’t it? You’re both wanting to see what more you can get out of it, how you can do things better. There are things that you have to change. It’s taken years to change some of the formalities that we go through within this team.

“It won’t be really stressful to be honest, but it’s daunting when you think of it coming up, because also you’re committing to a period of time in your life. Sometimes it’s hard to imagine that far ahead. But of course it’s nice to be wanted. Hopefully we’ll get it sorted soon.”

Hamilton has been at Mercedes since 2013 — securing 62 victories in that time — after joining the team from McLaren, which was also powered by Mercedes engines. He is not expecting any major sticking points in his negotiations, but also said he would not rush the contract talks.

“When you have been with a team for so long — I’ve been with Mercedes for so long — it’s beyond those conversations. As soon as we decide we are going to continue on together, it’s kind of, we’re kind of joined at the hip. All that small detail can take its time.

“It’s no real stress. Our word is our bond, and has been all these years — Mercedes have always stood by their word and vice-a-versa.

“But of course you need to set some time aside to think about — where are we? What is the next goal? What else are we planning? Ultimately, it rolls over to the future — and that in itself can be time consuming. And I’m sure, once you have put something in place, you think damn it, I could have done this, this could have been better — and you have to apply this to the next one.

“It’s about trying to have as much foresight as possible. I’ve not found it distracting, when I’ve been doing it through the season. It’s not about rushing things. I don’t like rushing things.”