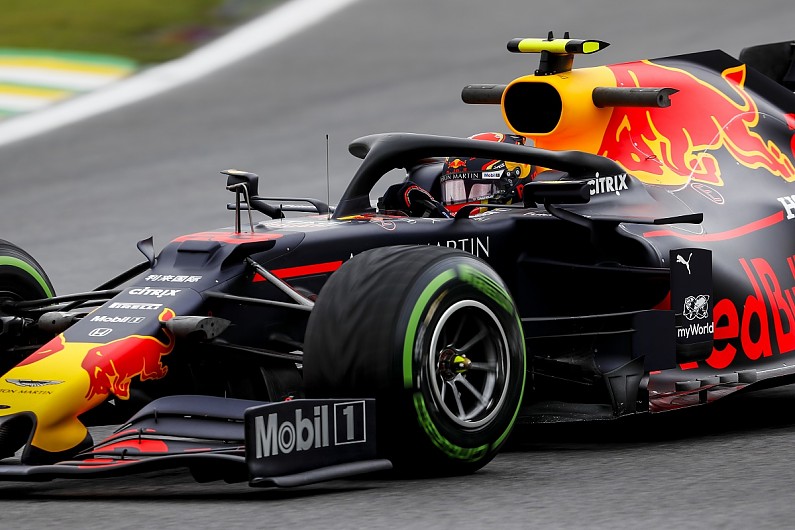 Albon was quickest after the intermediate tyre runs but shunted with fewer than three minutes remaining while preparing for a late flying lap on slicks.

The session was not restarted, meaning Albon led the way from Valtteri Bottas and Sebastian Vettel.

Torrential rain hit Interlagos on Thursday evening and again on Friday morning, but conditions eased as the first 90-minute session began and by the end of practice one drivers were able to attempt a small amount of running on slick tyres.

Ferrari driver Vettel was the first to brave a soaking wet track, using full wet tyres a couple of minutes into the session, but it would take another 20 minutes before a lap time was set.

Carlos Sainz Jr posted a 1m22.149s that stood as the lone time for another 10 minutes, before Charles Leclerc went quickest on a 1m21.259s.

Leclerc was then first to move onto intermediate tyres, which he used to go four seconds faster than before and he stayed on top initially even as others discarded wets too. 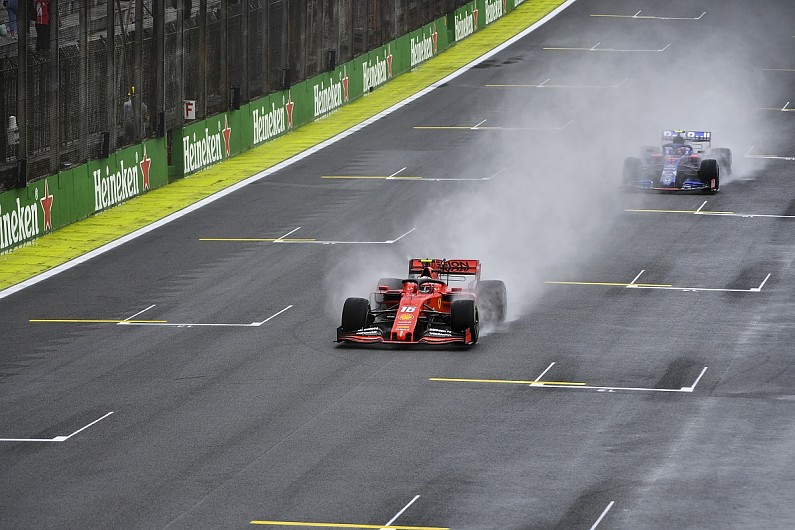 With 20 minutes remaining, Hamilton and both Red Bull drivers were among those still to set a lap time.

Albon then leapt from the foot of the times to first place, posting a 1m16.399s, while Max Verstappen waited until just over five minutes were left before heading out for his first flying lap – on slick tyres.

The perils of the slippery surface were immediately evident, though, as Verstappen spun in the middle of the Senna S shortly after Leclerc had run wide at the same place.

Daniil Kvyat also had a harmless spin at the top of the first complex, but Albon was not as lucky as his colleagues.

The recently-confirmed Red Bull 2020 driver was completing his out-lap when he slid off the road approaching the penultimate corner.

Albon hit the barriers heavily, with the front-right of his car taking the brunt of the impact, and the session was red-flagged and not restarted.

It meant no driver improved on slick tyres at the end, leaving Albon quickest from Bottas, Vettel, Leclerc, and Sainz.