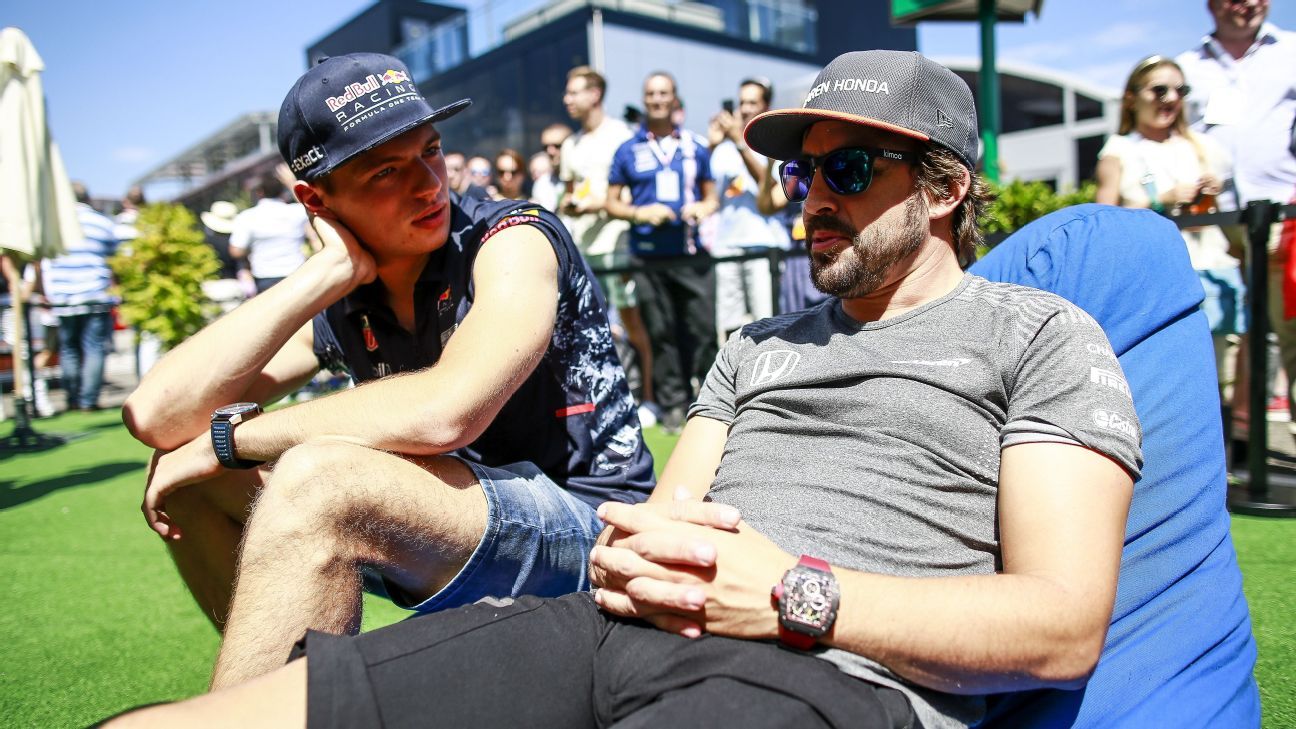 Two-time world champion Fernando Alonso says Max Verstappen is the Formula One driver he rates highest at the moment because of his tendency to attack at all opportunities.

Alonso is one of the most successful drivers of the modern era but walked away from the championship at the end of 2018. Alonso’s two titles pale in comparison to Sebastian Vettel’s four and Lewis Hamilton’s six, with the latter wrapping up the 2019 championship at the U.S. Grand Prix earlier this month.

However, Alonso’s attention has been focused on a driver some expect to dominate the next decade, F1’s youngest ever competitor and race winner.

“There’s a reason why the drivers in the series are up there,” Alonso said at a press conference this week. “It is not by chance, it is because they are the best.

“I would say that right now it [the best] is Max Verstappen. He is a driver that I like to follow. This year I’ve watched the races on television and I like to see him because he is always in attack mode.

“If you see that he is third and catches the guy in second, you know he won’t stay there. You know he will try at some point [to get past] and that to the fans is something exciting.”

Alonso’s attention has turned to competing in the next edition of the famous Dakar Rally, which he will contest with Toyota in 2020. The Spaniard already won both the Le Mans 24 Hours and the World Endurance Championship title with the Japanese manufacturer.