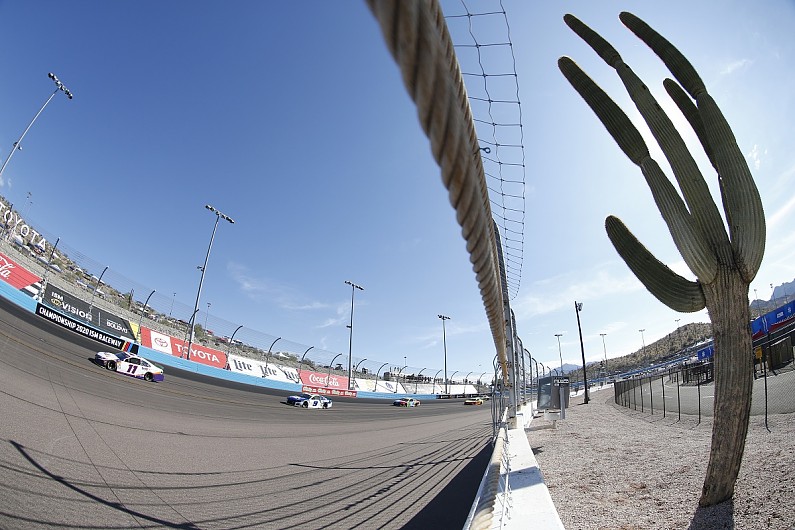 Until a late-race caution set up a three-lap dash to the finish, last Sunday’s NASCAR Cup playoffs semi-final race at Phoenix was short on drama.

And that’s a problem for NASCAR, because in 2020 Phoenix will be hosting the championship decider.

The need for clean air appeared to dominate and left overtaking at a premium, with Joe Gibbs Racing driver Erik Jones calling it “one of the toughest races of the year for passing”.

Unless they were involved in an on-track incident – of which there were few, but not many – the eight remaining playoff drivers dominated the top 10 throughout the race.

Eventual winner Denny Hamlin was untouchable in the second half of the event, lapping all bar the top seven and leading by as much as 10 seconds.

There is a growing concern a championship finale at Phoenix might not provide the excitement and competitive racing that has been seen in recent title-deciding events at Homestead-Miami Speedway.

“They’ve got to figure out something for this race because it’s going to be a letdown if it’s like that and it’s the championship race,” said Penske’s Ryan Blaney, one of the drivers whose title bids ended at Phoenix.

NASCAR has already announced that it will utilise the same aero package next season as it did this year so – unless there is a last-minute change of heart – rule changes to solve the problem seem unlikely.

The track added the PJ1 traction compound to areas of its turns for last weekend.

The resin, increasingly common at NASCAR venues, is designed to offer increased traction and create a greater variety of useable racing lines in corners. 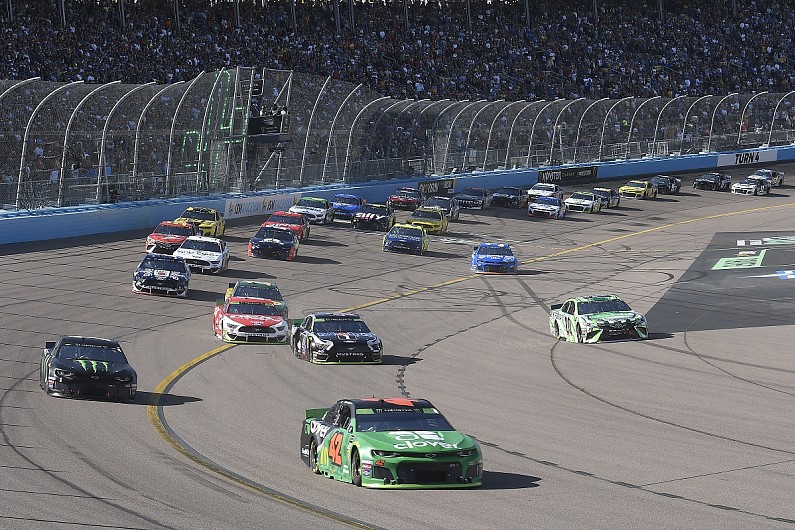 But many drivers seemed unwilling to venture onto the treated parts of the track – or if they did, they didn’t seem to find much benefit.

“Other people could make it work but for me it felt like oil up there on the long run,” said Ganassi driver Kyle Larson of the PJ1 area.

“I was not good at all in that. So, I don’t know if it would have been better to just have it normal or what.

“There’s definitely less passing this year at Phoenix than there has been in previous races.”

Jones called the PJ1 “kind of a band aid and not the way we want to do it”, suggesting that though it did ‘widen’ the useable track “everyone figured out how to use it the same way” so it made no difference to the racing.

Blaney felt it might be a starting point for how to resolve the problem.

“You could at least go up there and get small runs, but they weren’t big enough.

“I thought it was a start. They just need to keep doing their homework on it.”

Others felt the lack of tyre degradation made the difference. 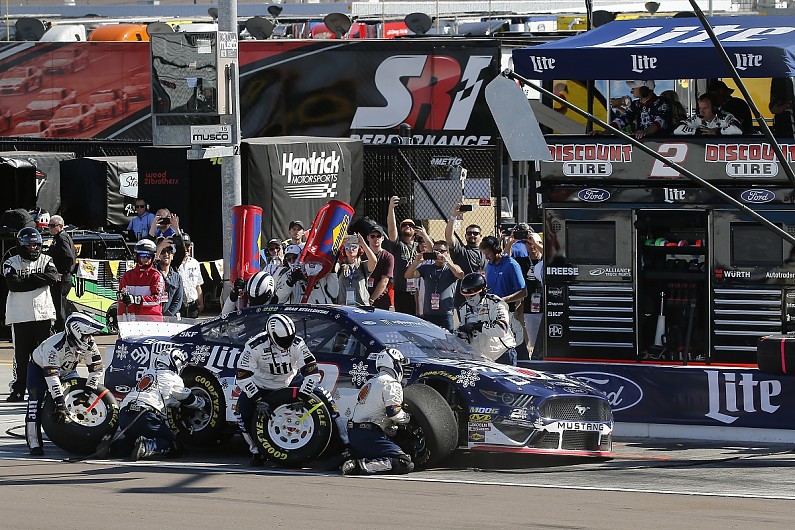 “I feel like this is a tough track for this type of car, but you look at the tyres today and I think at Martinsville we could have run 2000 laps,” said Brad Keselowski.

“I don’t know if we could have gone 2000 laps on a set of tyres here, but maybe half of that at least.

“That really changes the dynamics because you get some guys that put a lot of camber in the car and take off on the short run and fall off on a long run [if the tyres degrade].

“You get some guys that drive really hard on soft tyres and wear them out and that creates comers and goers, but when you have such a hard tyre, one that doesn’t fall off like these do, you’re not going to see that.”

His Penske team-mate Joey Logano, whose title defence ended when he slumped to ninth at Phoenix and was eliminated from the championship race, felt that Phoenix was just a difficult track for overtaking and that the tyres were only a small element of this.

For Logano, the aero package and the size of the rear spoiler was the key factor.

“It’s just a challenging place to pass. There’s [tyre] fall-off, but it’s not like a tonne of fall-off to where there are comers and goers,” said Logano.

“It just seems like a lot of times being in the lead is such an advantage.

“These spoilers on the car, you get behind another one and it’s tough, real tough, so that’s the reason why.

“I thought the racetrack got pretty wide. It got to the point that you can get pretty wide, but you couldn’t overcome the advantage of clean air.”

With opinions split on whether the problem is the aerodynamics, the tyres or the track surface and configuration, NASCAR faces a difficult task in identifying what – if anything – it should do to create more entertainment at Phoenix next year.

Right now, a series whose whole format is designed around building to the crescendo of a single-race championship decider risks that race being an underwhelming way for its 2020 season to fizzle out. 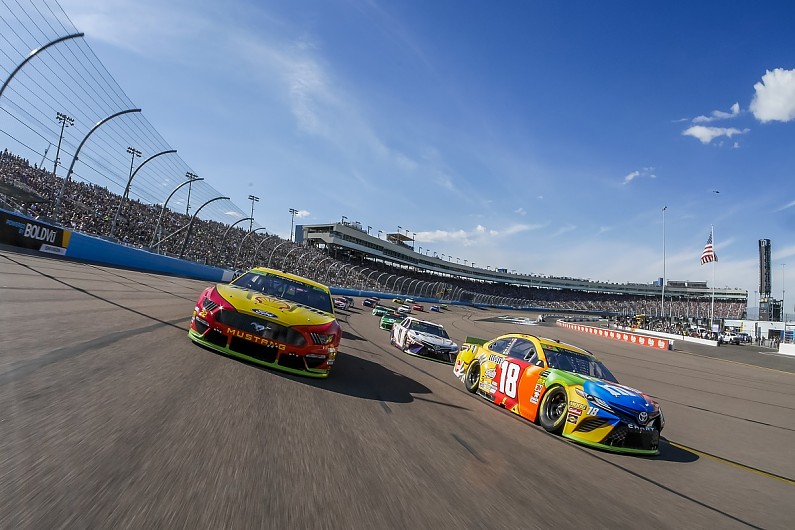