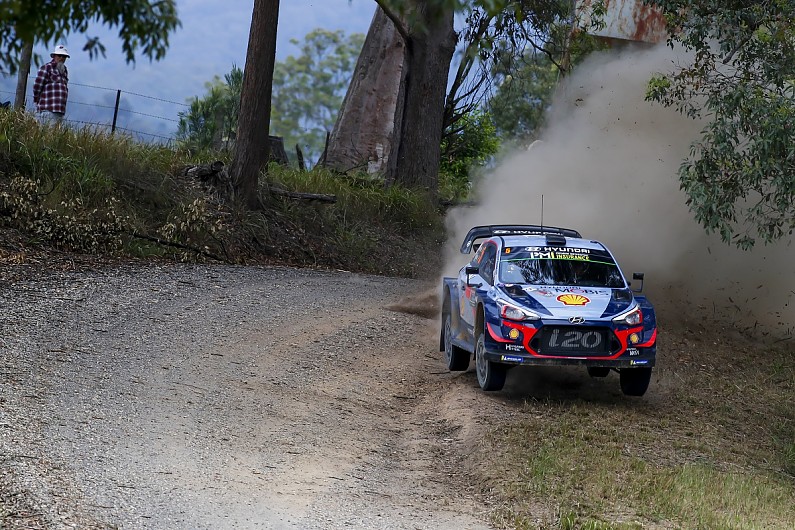 The 2019 World Rally Championship finale Rally Australia has been cancelled amid concerns about the rapidly spreading fires closing in on the event’s Coffs Harbour base.

Official confirmation of the decision from rally organisers is expected imminently.

Autosport has seen email confirmation from rally officials to the FIA and WRC Promoter declaring the cancellation, with a public announcement being prepared to accompany the sporting decision from the clerk of the course Wayne Kenny.

The organisers of the final round of this year’s WRC put together a plan for a revised and substantially shortened route on Monday in the hope of still running the event, but the decision to cancel was taken on Tuesday morning.

Though the WRC stakeholders were due to meet on Tuesday afternoon to discuss options, the worsening fire situation made the decision inevitable.

No formal comment has come from any of the teams, but Autosport understands there was universal approval from all of them.

There had been growing anger among participants as Tuesday began that the rally was still officially happening, despite the fires leading to evacuations and travel restrictions in the area.

The cancellation decision means Hyundai seals the manufacturers’ championship for the first time.

It led Toyota by 18 points after the last round in Spain.