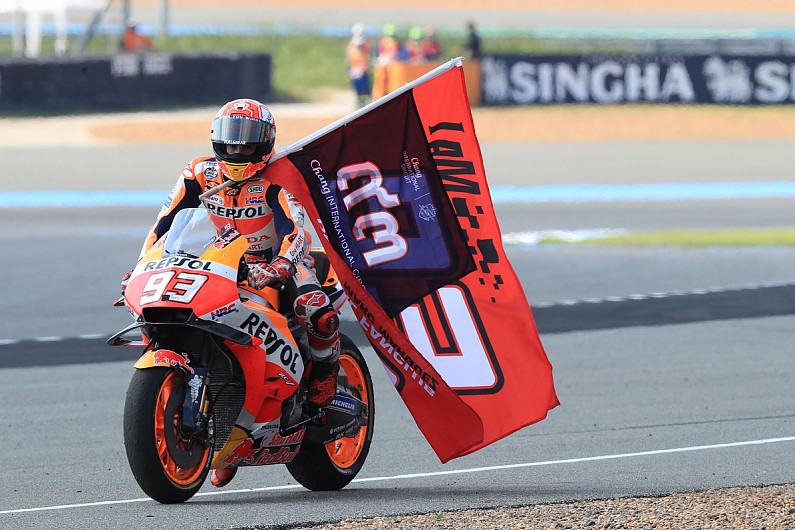 Reigning MotoGP world champion Marc Marquez has outlined what changes he wants made to the 2020 Honda in a bid to find more performance.

Marquez eased to his sixth premier class world title this season with four races to spare, and won 11 grands prix while finishing inside the top two in 17 of the 18 events run so far.

But he has done this on an RC213V constantly criticised by its riders for being more difficult to ride than its predecessor, particularly in the corners.

Surprisingly, Marquez’s main requests for next year’s bike relate to corner-exit grip and the final phase of braking.

The latter is an area that improved significantly this year due to Honda’s new, more powerful engine, but in which Marquez still feels he is overworking the front tyre – highlighting his numerous front-end saves as proof of this.

“We are struggling a lot to get rear grip on the exit of the corners,” Marquez replied when asked what he wants improved with the 2020 RC213V.

“There, Yamaha really has extra grip, at the moment in that area it’s the best bike, especially with the new tyres; it is incredible. 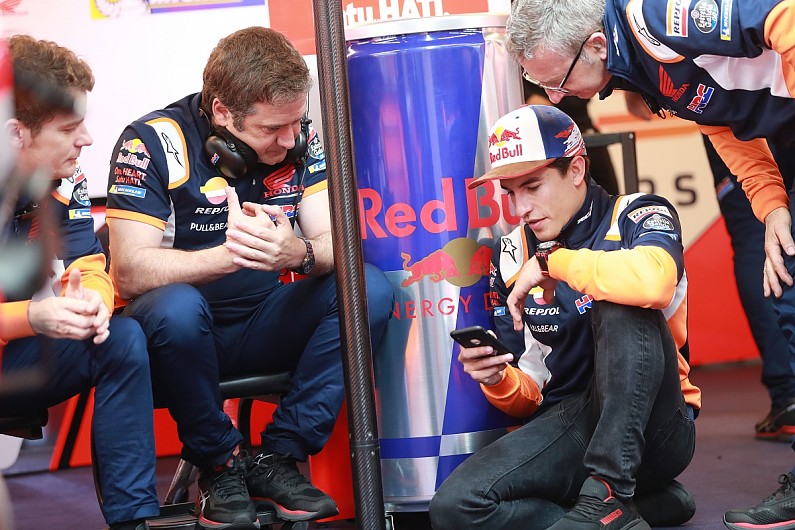 “This is one thing. Then the last part of braking is where we are still pushing the front tyre too much and for that reason we see a lot of saves and it’s there where we did one step this year.

“But we need to try to force the front tyre less and try to have more grip on the exit of the corner.”

LCR’s Cal Crutchlow is the only other Honda rider in 2019 to have got the bike to the podium, though only on three occasions and he sits 262 points adrift of Marquez in ninth in the standings.

He has asked for next year’s Honda to be “more consistent”, claiming RC213V riders have to put in “probably 50% more effort” than the rest to go just as fast.

“To make the bike more consistent, that we can all ride and be fast without feeling so on the limit every lap,” Crutchlow said when asked what he wanted from the new Honda.

“You journalists watch motorbikes go round the track all the time and I’m sure that you can see our bike’s by far the hardest to ride.

“The effort we put in is probably 50% more than everyone else to go round the track in the same speed, or even slower.

“And that means our risk ratio to be on the floor is a lot higher.

“So, Honda are fully aware of our requests, but what we have is not too bad.

“It’s just not competitive enough week in, week out for everybody.”