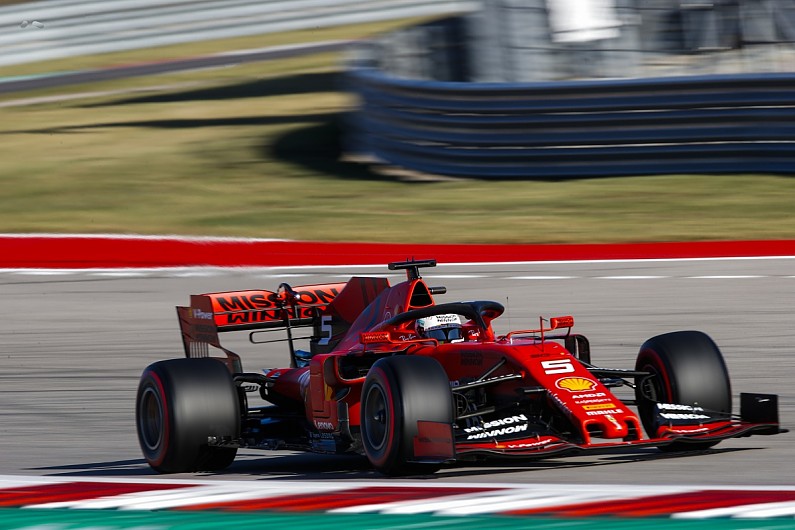 Ferrari’s Formula 1 car development has “exceeded expectations” this season and the amount of downforce it has added has had knock-on effects, says team boss Mattia Binotto.

The team started 2019 with a car that had less peak downforce than its chief rival Mercedes as Ferrari pursued a lower-drag concept to give it a straightline speed boost.

But Mercedes’ domination of the opening races of the F1 season – winning the first eight grands prix and starting the year with five one-two finishes – forced Ferrari to focus on adding downforce to its car and also reviewing its development process at the same time.

That kicked off in earnest after June’s French Grand Prix, where Ferrari dropped a new floor once it realised there was a slight issue compared to what it was predicting during development, and Binotto said the result since then has “exceeded expectations”.

Speaking before last weekend’s US GP, he joked that it was similar to how Ferrari started the season with “underperformance that was exceeding expectations”.

“It is showing eventually how some more downforce may help or not help the overall performance of the car,” Binotto told Autosport.

“The level of sensitivity to downforce on this type of tyre is very high, and therefore I think even if you’re improving slightly you’re getting more than what you may expect.

“It’s also probably due to confidence, the drivers can feel better grip they will further improve their own performance.

“It’s the sum of things which is helping. At Singapore we brought our [new aero] package, it was not the only one, but it certainly was a significant one.

“If we look at the lap time gain we had at the next races, it’s slightly over our expectations.” 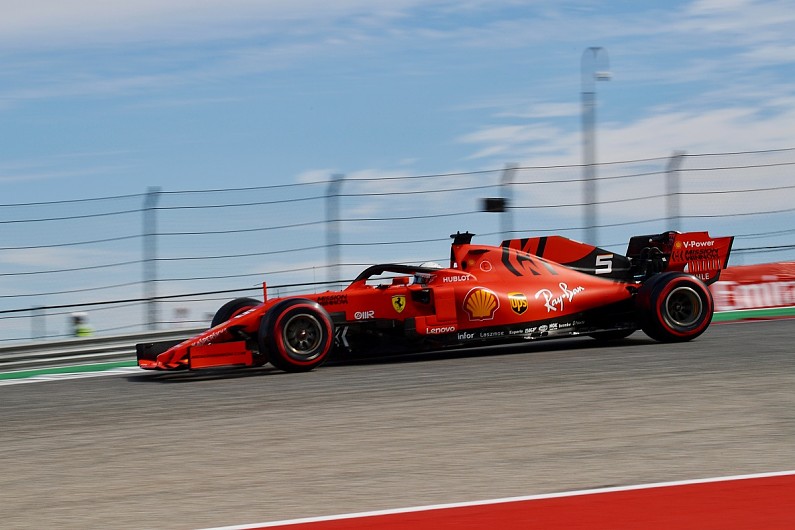 Ferrari topped five qualifying in five consecutive races after the summer break and was on pole again in Mexico after Red Bull driver Max Verstappen received a three-place grid penalty.

Though Ferrari’s qualifying edge, particularly in this spell, coincided with a controversial engine advantage and straightline speed gains, its progress since France is clear.

In the first eight races of the season up to and including France, Mercedes led the way with 100.08% of the outright pace, topping qualifying six out of eight times.
Ferrari trailed its rival considerably, with a 100.562% average boosted by two pole positions.

While that has often not translated into results on Sundays, and Ferrari slumped considerably in the US amid question marks over the impact of an FIA technical directive, Binotto says its aero performance relative to its rivals has changed.

“We have improved our car in the cornering, we have reduced the gap to the top competitors in cornering,” said Binotto. “So we are a lot closer now.

“We still have our advantage on the straight lines, so overall the package has improved and certainly in quali now we are often faster.

“In the race, we are certainly competitive.”

Ferrari was against Pirelli’s new 2019-spec tyres early in the season as it felt the trickier-to-understand compounds were affording Mercedes an advantage.

Binotto said a “combination of factors” meant Ferrari no longer had an issue.
“First we understand a bit more our car now, in terms of car set-up and balance,” he said.
“We have improved the way we approach it.

“The aero package we brought in Singapore has been a significant step forwards which has helped the tyres be in a better position in terms of window, in terms of degradation as well.

“And I think on top of that I think we start to understand a bit more those tyres.

“We are extracting the car’s full potential, especially in quali.”