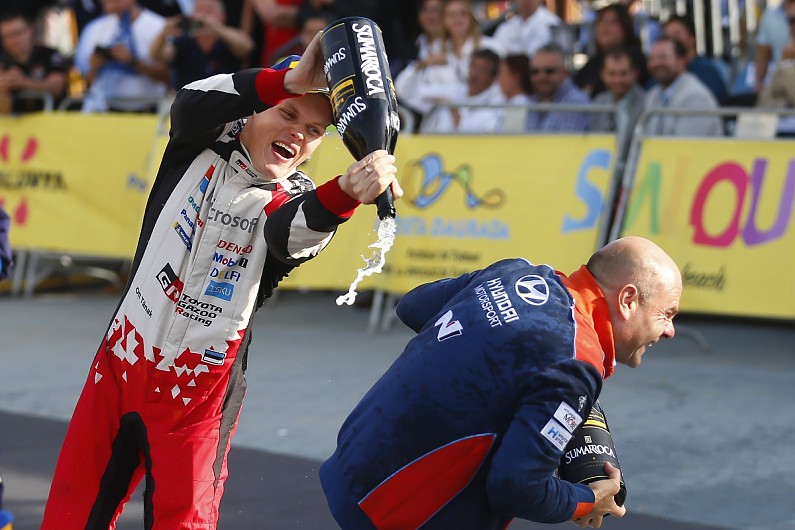 Ott Tanak is heading to Australia for the season finale as World Rally champion but about to leave the Toyota team for Hyundai for 2020.

That’s already a tricky enough psychological situation even without the added factor that Hyundai and Toyota are still battling for the manufacturers’ championship.

While no one’s expecting Tanak to be doing his new employer any favours while still in Toyota colours, he could help his current team come from behind to deprive his future squad of its first WRC title.

That’s just one element of the end-of-season intrigue that David Evans considers in the latest Gravel Notes podcast, along with Andreas Mikkelsen’s shock early ejection from the Hyundai line-up, the battle for Tanak’s Toyota seat and the generally rampant driver market speculation, plus Hayden Paddon’s return to the WRC frontline.