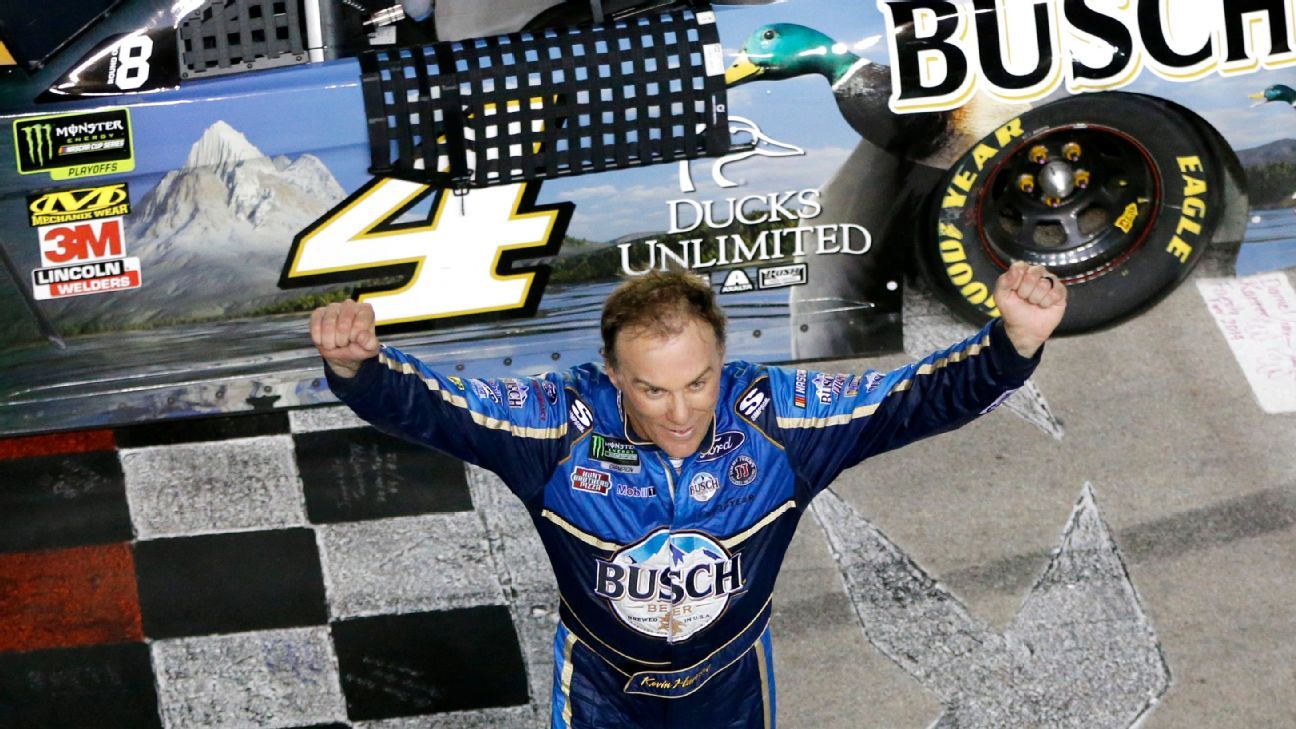 Here we are, the calendar has turned to November, and I’m trying desperately to ignore the holiday decorations in the stores. I mean, I’ve got a solid festive spirit, but it’s still pumpkin spice season, and I cling to those moments.

Oh yeah, and there are only two races left in the Cup Series season. Dry that single tear rolling down your cheek and let’s cherish these few paragraphs that we spend together every week. Unless you go back and read them all again the offseason. Yeah, do that instead.

Back to NASCAR, where Kevin Harvick joined Martin Truex Jr. as locked into the Championship Four. Both will have a chance to race for their second career championship, as will two other drivers, decided this weekend at Phoenix.

It’s an interesting scenario going into the finale. Truex and Harvick are locked in as former champs. Entering the weekend, Kyle Busch and Joey Logano, also both former champions, are in position to advance.

The four drivers on the outside looking in all are looking for their first championship, but all have some work to do. But the great thing with this format is that Denny Hamlin, Ryan Blaney, Kyle Larson and Chase Elliott all control their destinies.

But before we look ahead to Phoenix or all the way to Homestead, let’s take a moment to appreciate what Kevin Harvick did at Texas.

Besides just clinching a spot in the Championship Round, Harvick picked up his 49th career Cup Series win. That ties his boss and three-time series champion Tony Stewart on the all-time win list.

He’s just the 15th driver in series history to reach that mark, but among the previous 14, none needed as many career starts at Harvick to get there. Harvick’s win came in his 680th career start.

One, Junior Johnson, got his 49th and 50th wins in back-to-back starts. That’s a strong possibility for Harvick, a nine-time winner at Phoenix.

It’s always a great day when your driver wins, but for Stewart-Haas Racing, it was a banner day, as Aric Almirola finished second and Daniel Suarez was third, giving SHR a podium sweep.

If you feel like that’s a common occurrence now, you’re sort of right. It’s the fourth time this season a team has had a 1-2-3 finish, with Joe Gibbs Racing responsible for the other three.

However, if you go back beyond this season, it is a rare occurrence. From 2009-18, there was only a single 1-2-3 finish by a team. That was by Stewart-Haas last year, with Clint Bowyer beating Harvick and Kurt Busch.

Racing on 1.5-mile tracks used to not really spike the excitement meter, but with the aerodynamic changes to the cars this season, it’s been much-improved racing, especially at the front.

Last year, there were only two races with at least 25 lead changes, and the last time there was more than six in a season was 2014 (10).

Even more impressive are the four races on 1.5-mile tracks with 25-plus lead changes this season. From 2015-18, there were a combined four such races on those tracks.

Christopher Bell picked up his eighth win of the season last weekend. He’s just the seventh driver in Xfinity Series history to win eight or more races in a season.

But of those drivers, Bell is just the third to win at least eight times while also not being a full-time Cup Series driver, joining Sam Ard (1983 and 1984) and Jack Ingram (1984). So congrats to Bell for doing something not done in 35 years.

While he won’t hit Kyle Busch’s record of 13 set in 2010, he could still win out and join Busch and Ard as the only drivers to hit double digits in an Xfinity Series season (dating back to 1982).