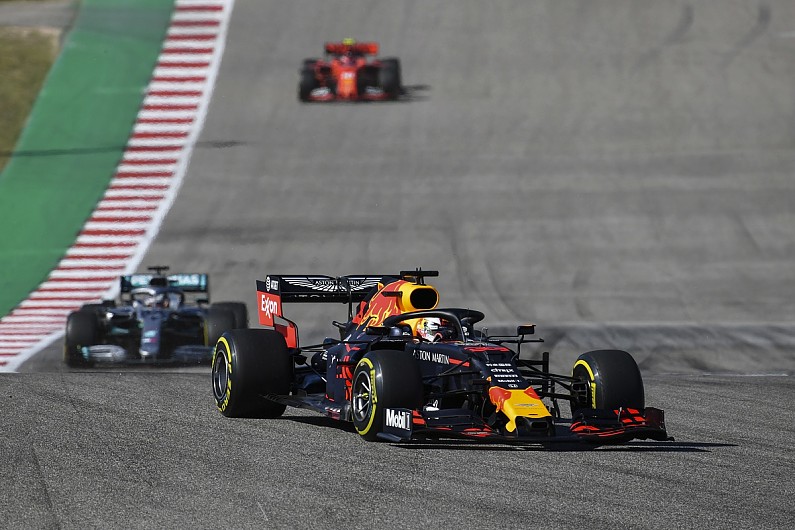 Honda Formula 1 technical director Toyoharu Tanabe says it is “clear” Ferrari had a reduced speed advantage at the United States Grand Prix but is cautious of drawing premature conclusions.

Ferrari was at a loss to explain its lack of race pace last weekend, but defended itself aggressively as some – including Red Bull driver Max Verstappen – suggested its reduced qualifying performance was a result of an FIA technical directive regarding fuel-flow legalities.

Charles Leclerc was running an older-spec, high-mileage Ferrari engine in qualifying and the race and team boss Mattia Binotto said a set-up experiment had also reduced its top speed.

Whatever the reason, Tanabe told Autosport that the performance of the Ferrari on the straights was not as mighty compared to Red Bull-Honda as before.

“We cannot separate the chassis drag and the engine performance,” said Tanabe. “When we look at only speed, the gap between Ferrari and ours is closer than in previous races.

“That’s clear. [But] we don’t know if that came from only the engine or the chassis.

“Their race pace was not as strong as previous races. It means the package was different or not sufficient for this track.

“I don’t know. But we see the difference in top speed.”

The controversy around the technical directive was a result of an enquiry from Red Bull to the FIA about fuel flow sensor systems and possible ways of subverting the rules to get a power boost. 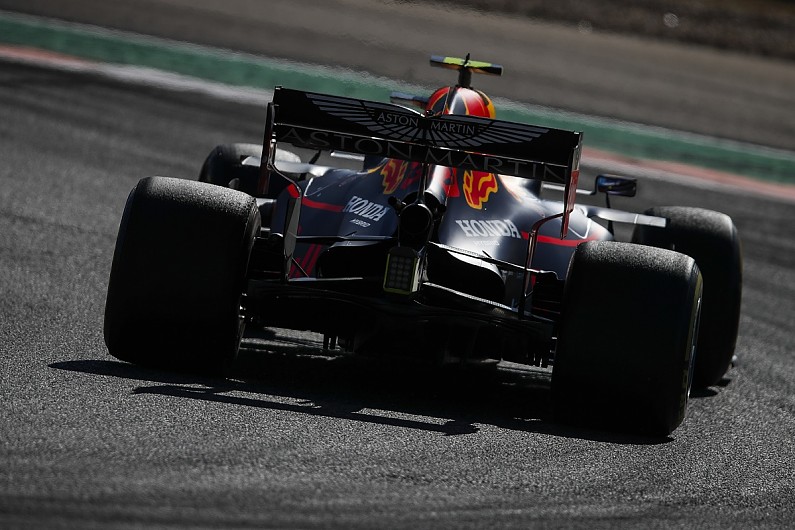 Red Bull had written to the FIA requesting clarification over fuel flow meter signal filtering, and had been told that three scenarios it had outlined would not be legal, which meant all teams were notified in the form of a technical directive.

The likes of Verstappen and Lewis Hamilton linked Ferrari’s drop in performance to the FIA’s response, but Tanabe warned against drawing conclusions from one isolated race.

“We need to have data from Brazil and Abu Dhabi,” said Tanabe. “Then we will find out something. Otherwise, we cannot tell only from this race.”

Verstappen qualified third at the Circuit of the Americas and finished there after a late yellow flag stopped him attacking the second Mercedes of Lewis Hamilton.

It completed a strong North American double-header for Red Bull and Honda, as Verstappen had qualified fastest in Mexico but had his race ruined by an early incident with Hamilton and then a puncture.

Tanabe was surprised by the extent of the Red Bull-Honda’s performance in Mexico, and admitted in the US that “again, I didn’t expect such a [close] qualifying time and Max on the second row”.

“The gap between the top runners got closer before the summer break and then Ferrari improved a lot after the summer,” said Tanabe.

“Now, it’s getting closer, all three teams. But I don’t know about the rest of the season.

“Brazil, and Abu Dhabi, we will see the performance of the package and our competitiveness against Mercedes and Ferrari.”