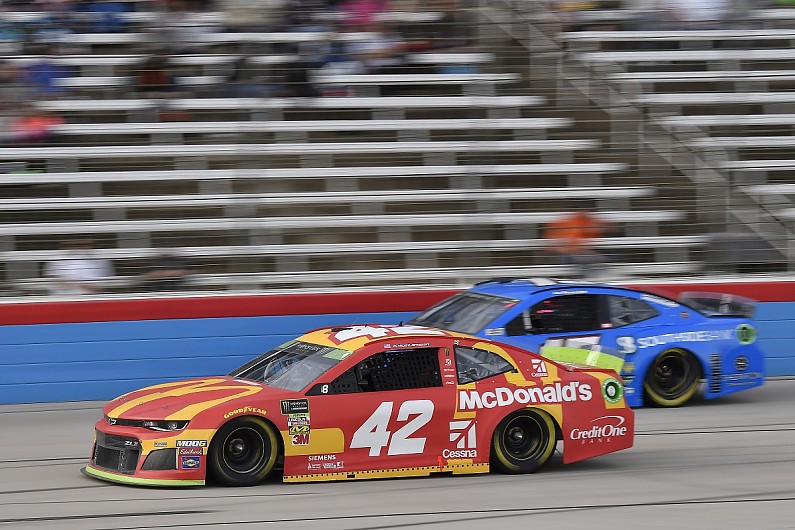 Kyle Larson says only penalties from NASCAR will stop drivers spinning intentionally, after he accused Bubba Wallace of deliberately causing a caution at Texas that hurt his Cup title hopes.

Larson was running fourth when he pitted during a green-flag period in the second half of the race, five laps before Wallace spun his Richard Petty Motorsports Chevrolet.

Despite appearing to save the slide, caused by a deflated left-rear tyre, Wallace then spun getting back on the power.

Larson is now 23 points off the last playoff spot for the season finale, with the top four in the standings after the next race at Phoenix going on to fight for the title at Homestead.

“I’ve done it. We’ve all done it in those positions, but until NASCAR steps in, and whether it’s a fine or a penalty with points or something, people are still going to do it.

“It just sucks. That was very obvious [Wallace] was spinning on purpose.

“He turned right and left to spin out.

“So when it’s blatant and that obvious, I think it’s pretty easy for them to notice it and make a call on it.

“We’re all guilty of doing it. But until NASCAR does something else about it, or does anything or something, we’re going to continue to do it.”

While Larson finished 12th in his Chip Ganassi Racing Chevrolet, Wallace’s spin helped Kevin Harvick to vault up the order when he stopped under a caution.

Harvick went on to win the race, guaranteeing himself a playoff final place. 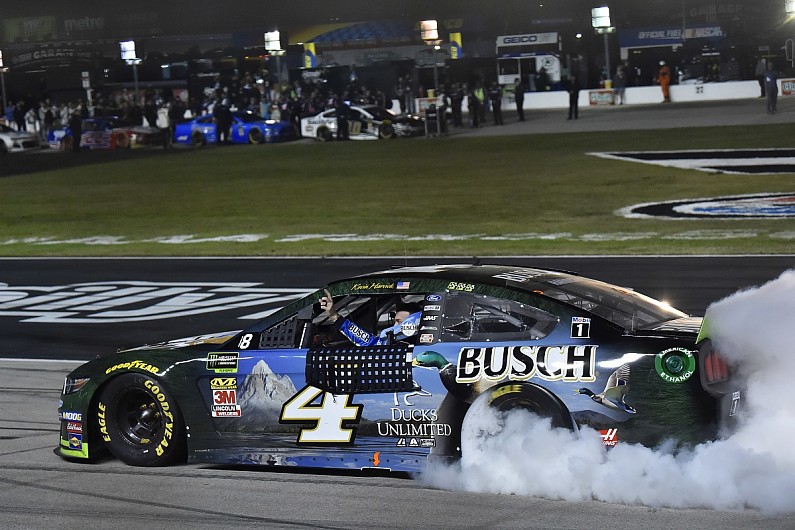 His car owner and double NASCAR champion Tony Stewart addressed Wallace’s spin after the race, saying NASCAR has been “backed into a corner” when judging such incidents.

“There’s so many ball-and-strike calls that they’re put in the position of having to make, I think they’ve got to find a way to make it simpler to where it is what it is,” said Stewart.

“Bubba wasn’t working for any team, any manufacturer.

“He was trying to take care of himself in that scenario.

“It could work for you one week, it could work against you the next week. It’s just part of it.

“But to put NASCAR in that position to where they have to act and react to every single thing that happens, I wouldn’t even want to be a NASCAR official if that’s the way it had to be all the time.”

A similar incident occurred at Martinsville last weekend, when Joey Logano was accused of spinning out on purpose.

Larson’s crew chief Chad Johnston added: “At some point, maybe [NASCAR will] start doing something about guys bringing out the caution on purpose.”

Autosport has contacted RPM for comment regarding the spin.