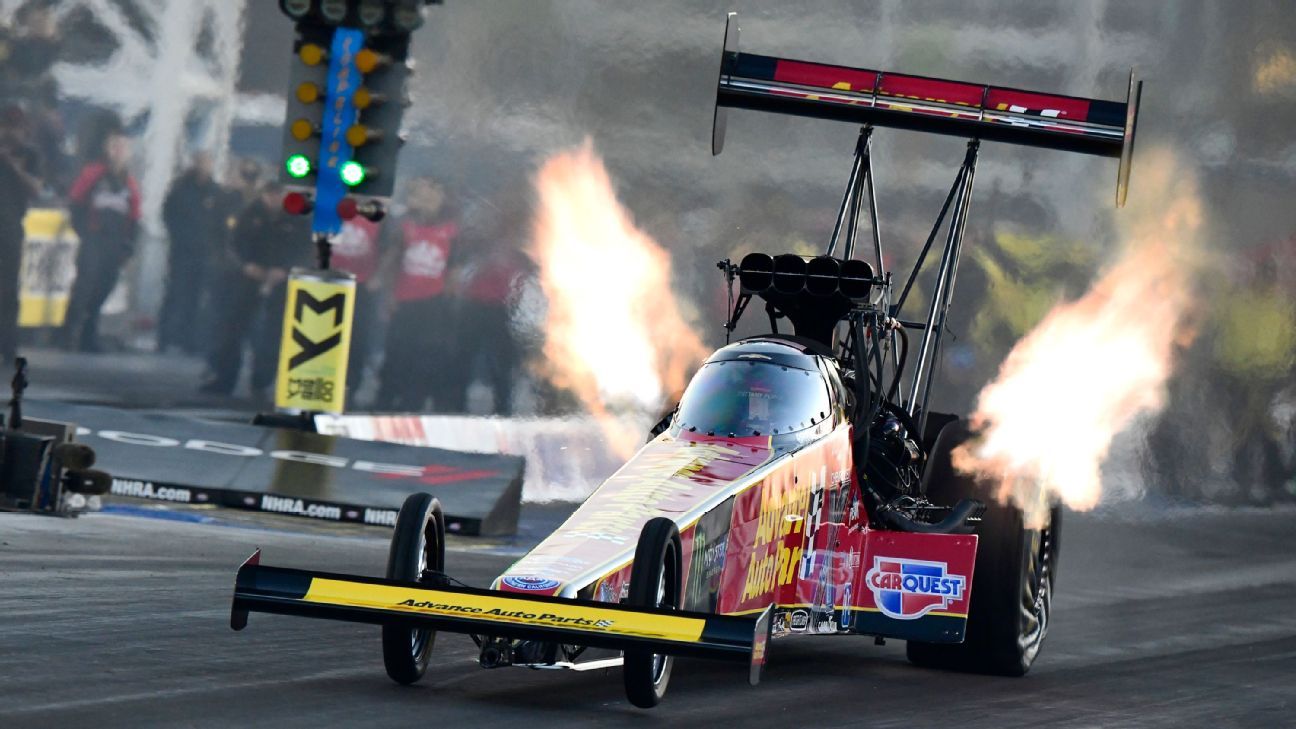 LAS VEGAS — Brittany Force raced to her second Top Fuel victory of the season Sunday at the Dodge NHRA Nationals to pull within one round of points of leader Steve Torrence with one event left.

Force, the defending season champion, beat Torrence with a track-record time of 3.652 seconds and a top speed of 334.73 mph at The Strip at Las Vegas Motor Speedway. She trails Torrence by 16 points going into the finale in two weeks in Pomona, California.

“This weekend has been incredible for this team,” Force said. “I’ve always wanted to win here. We set the mph record here and we’ve accomplished a lot, but what we’re really going after is a championship together.”

The victory was the 151st for female drivers, coming moments after Pro Stock’s Erica Enders claimed No. 150.

Points leader Enders beat Jeg Coughlin with a 6.617 at 208.04 in a Chevrolet Camaro. Enders has two wins this season and 25 overall.

Matt Hagan won in Funny Car and Matt Smith in Pro Stock Motorcycle at the fifth of six races in the NHRA Mello Yello Countdown to the Championship playoffs. Hagan won for the second straight race in his Dodge SRT Hellcat, going 3.876 at 331.36 in the final round against Jonnie Lindberg. He has four wins this year and 33 overall.