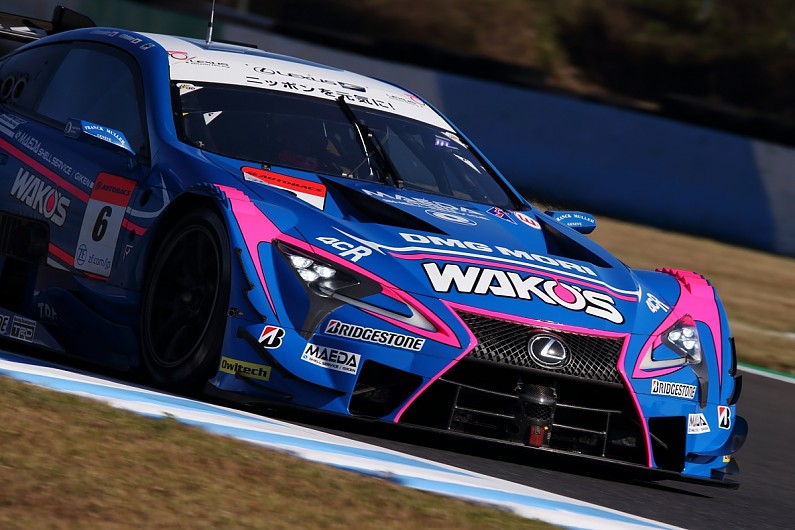 While Hirakawa and Cassidy were able to recover from fourth on the grid to take their first victory of the 2019 season in the #36 TOM’S Lexus LC500, with Yamashita and Oshima finishing second the pair fell just two points shy of repeating their ’17 title success.

Yamashita made the decisive move of the race by grabbing second place from the sister #37 TOM’S Lexus of Yuhi Sekiguchi in controversial fashion.

The two cars had run nose-to-tail after Hirakawa passed team-mate Sekiguchi for the lead on lap 32 of 53.

Sekiguchi held firm for several laps, keeping the #37 car in a title-winning position, but on lap 38 Yamashita made a bold attack at the inside of the Turn 11 right-hander.

Yamashita ran wide and Sekiguchi tried to counter-attack around the outside of Turns 12 and 13, but the two cars made contact and both cut the final corner with Yamashita ahead.

The stewards investigated the incident but took no further action, and Yamashita duly held on to second for the remaining laps to seal the title, 12s down on Hirakawa. 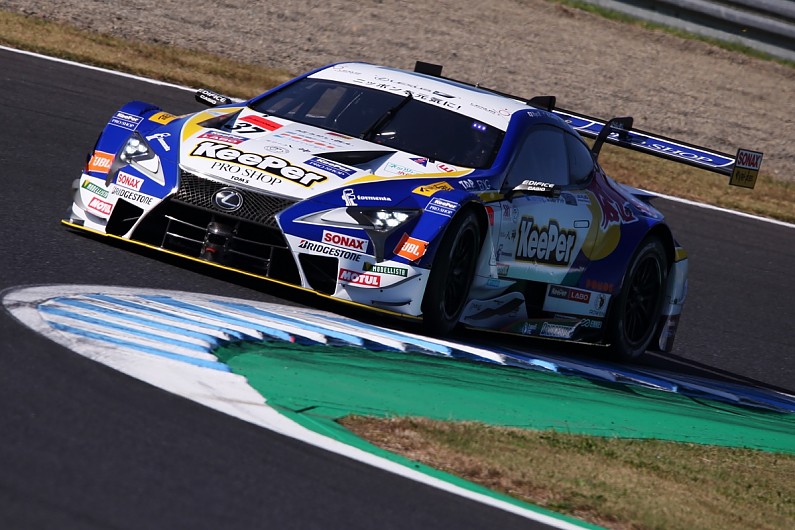 It marked LeMans’ first title triumph since Akira Iida and Juichi Wakisaka won the 2002 All-Japan GT Championship title, and a first crown for both Yamashita and Oshima.

The #36 TOM’S car, which had started from pole in the hands of Toyota LMP1 racer Kazuki Nakajima, led the first stint until Nakajima pitted on lap 20.

Cassidy meanwhile picked off Ronnie Quintarelli’s Nissan at the start and nudged Oshima aside to move the #37 Lexus up to second on the opening lap, and was pressuring Nakajima until he made his stop on lap 19.

Hirakawa took over and looked to be falling back from Sekiguchi, who replaced Nakajima aboard the #36 car, until Sekiguchi began to struggle 10 laps into his stint.

After dropping to third, Sekiguchi had to fend off the advances of the Cerumo Lexus of Hiroaki Ishiura and Yuji Tachikawa, hanging onto the final podium spot by just 0.6s.

Behind the all-Lexus top four, Koudai Tsukakoshi and Bertrand Baguette brought the best of the Hondas, the #17 Real Racing NSX-GT, home in fifth.

The best of the Nissans was the #23 NISMO car of Quintarelli and Tsugio Matsuda, which faded to eighth place from third on the grid behind the WedsSport Lexus of Yuji Kunimoto and Sho Tsuboi.

Two other Nissans hit trouble, as the #12 Impul car stopped on track with fire licking from its exhausts early on and the #3 B-Max Racing GT-R didn’t take the start due to an engine problem.

The #8 ARTA Honda lost a likely fourth-place finish with a transmission issue, although Tomoki Nojiri and Takuya Izawa were able to continue and finish 13th.

Shinichi Takagi and Nirei Fukuzumi came away with GT300 title honours with fourth place in the #55 ARTA Honda NSX GT3.

LEON Racing’s Mercedes AMG-GT3 looked set to repeat its 2018 class win after vaulting into the lead by not taking fresh tyres at the pitstops, but Naoya Gamou and Togo Suganami were denied victory when they appeared to run out of fuel at the line.

That allowed Katsuyuki Hiranaka and Hironobu Yasuda to snatch the win at the finish in the #11 GAINER Nissan GT-R NISMO GT3, 4.6s ahead of the ailing #65 Mercedes.

But Sacha Fenestraz and Kazuki Hiramine could have been celebrating their first win of the season without a problem that caused the Kondo Racing Nissan to stop midway through his stint while Fenestraz was battling Hiranaka.

The final spot on the podium went to the K-Tunes Lexus RCF of Morio Nitta and Sena Sakuguchi, the pair recovering from a dismal qualifying to pip the ARTA Honda of Fukuzumi and Takagi for third place in the closing stages.

Fenestraz was able to get going again after his problem and finish sixth ahead of the Team Goh McLaren 720S of Alex Palou and Seiji Ara, which had started on pole but lacked the pace to maintain its place out front for more than a handful of laps.