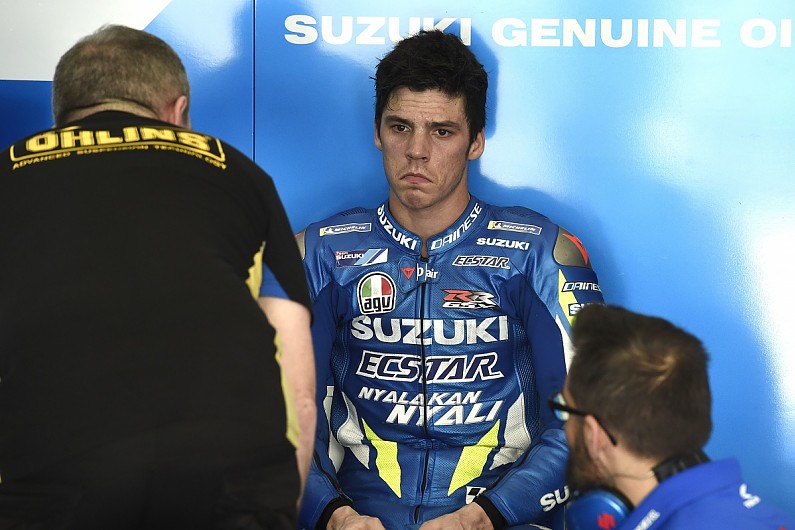 Suzuki rider Joan Mir criticised MotoGP race direction for penalising him for his Malaysian Grand Prix clash with Johann Zarco – saying Zarco apologised to him for it.

Zarco and Mir were running right behind Jack Miller in ninth and 10th beginning the final quarter of the race when they collided at the long Turn 13 right-hander that leads onto the penultimate straight.

The move occurred when recent LCR Honda stand-in signing Zarco moved to the inside in an attempt to pass Miller as Mir was already trying to make a move on his own in that place.

Zarco consequently crashed out of the race while Mir carried on but was given a long-lap penalty and had to settle for 10th.

Mir claimed that the penalty was “unfair” because the crash was not his fault, and recalled past incidents such as Valentino Rossi hitting him from behind at Mugello or Zarco causing him to crash at Brno when they both escaped penalties.

“I was coming from behind with better pace than the others and I was recovering distance,” explained Mir.

“I was trying to overtake as many riders as I could because I was not able to push so hard on the brakes because I was breathing so heavily and it was difficult to finish the race.

“I was taking the inside in T13 to overtake Zarco and Miller because I was quite fast in the moment.

“I was on the inside, then Zarco, he tries to overtake Miller when he didn’t see that I was coming from the inside.

“It is normal, not his fault obviously.

“We touched, he crashed unfortunately, sorry for him, but it was not my fault, it was something that can happen in the race.

“If we look back, the problems that I had in Mugello with Valentino [pictured below], in Brno with Zarco that he hit me on the first corner and my race was over, all these type of things, they didn’t give nothing to them. 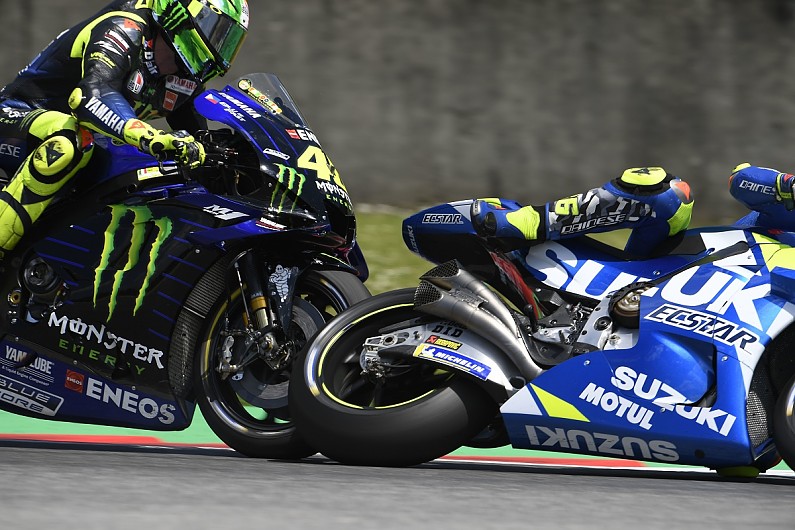 “Unfair, but what can I say? I am a rookie, this was the most easy thing to do: ‘ah Zarco crashed, we will give him a long lap’.”

He added that Zarco came to him to apologise after the race. While Mir did not blame the LCR Honda rider for the crash, he said Zarco’s stance was further proof that the penalty was unnecessary.

“What shows that it was not my fault is that Zarco came to my garage and he said sorry for this,” Mir continued.

“I also said sorry for my part because I couldn’t avoid hitting him, and the same from him.

“We both understand the situation but the race direction did not.”

Zarco himself said that the crash “was no big drama”, adding: “I tried to overtake Jack to go away, because if I can go away I can save this eighth position, but Joan came even more inside, a bit too fast.

“Mir tried to overtake, he was a little bit on the limit, I think he didn’t expect that I will go in.

“He totally came in front of the handlebar, he touched me quite strong and I could not do anything.

“Not a big drama, I am not playing for anything in the championship.”