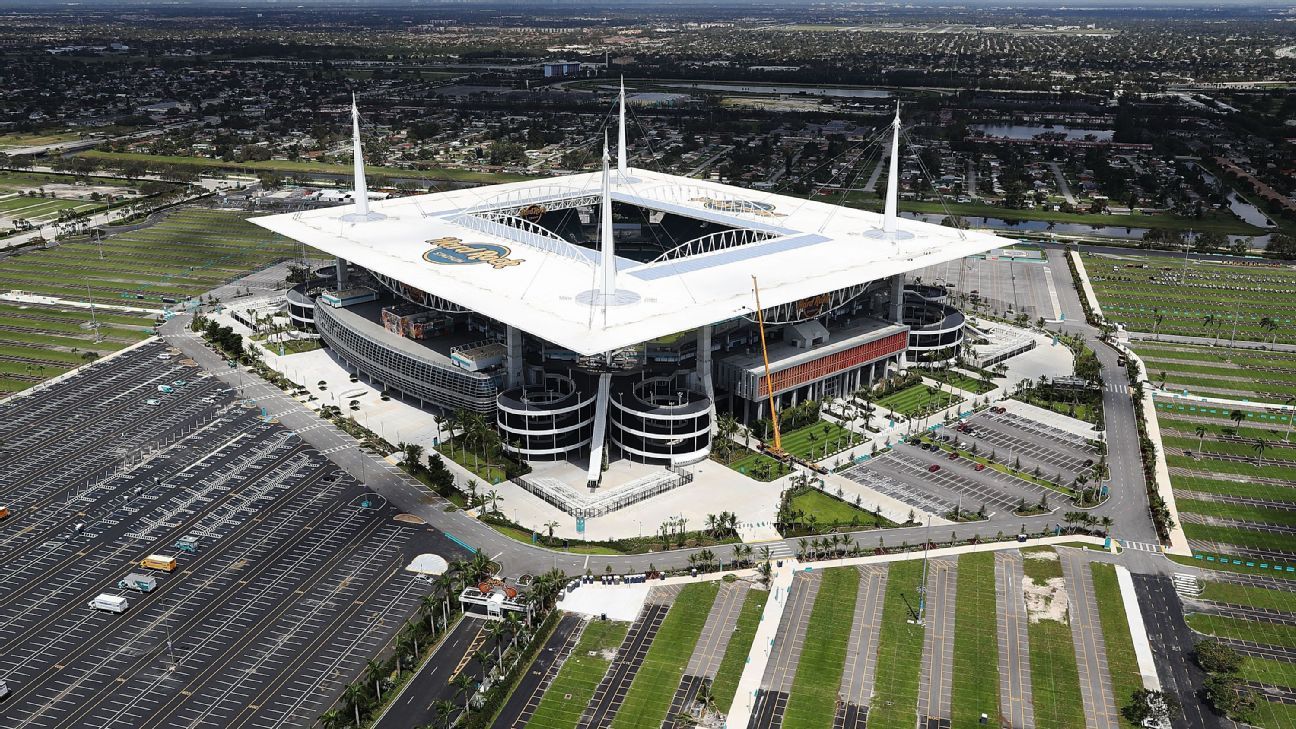 AUSTIN — The owner of the Circuit of the Americas (COTA), home to this weekend’s U.S. Grand Prix, believes F1 risks diluting its product as it pushes ahead with a race “around the parking lot” surrounding Miami’s Hard Rock Stadium.

The U.S. GP in Austin has become one of the most popular venues on the calendar since joining in 2012 and during that time has been the only race in America. F1 owners Liberty Media promised to add more when it took control of the sport in 2017 and has been in protracted negotiations with a consortium led by Miami Dolphins chief Stephen Ross about a future race there.

After a proposal at Miami’s downtown and docklands area fell through due to local opposition, a new plan emerged around the Dolphins’ stadium north of the city. F1 hopes Miami will join the calendar in 2021, the final year of Austin’s existing deal, but it still requires local approval.

The Miami race would not be the first in America to take advantage of an existing non-F1 venue — between 1981 and 1984, the Caesars Palace Grand Prix was hosted in the parking lot of the famous Las Vegas casino, but was an unpopular venue.

COTA chairman, Bobby Epstein, is sceptical about whether the existing Miami proposal is good business for F1.

“The selling point behind Miami was not the track, it was the [original] backdrop,” Epstein told ESPN. “They said we want to be in global destinations with iconic backdrops. It does seem very off brand of them to have a parking-lot race.

“We don’t worry from a ticket sales point of view. I don’t worry that that will become a fan favourite. It’s not going to be a spectacular track but I do worry the impact it would have long-term in this market.”

Epstein went on to stress: “I have never had a problem with another race in the same time zone and I’ve always welcomed the push for more U.S. races, but only if done the correct way. We dealt with the issues around the addition of the Mexican Grand Prix and the loss of revenue that initially gave us, but it’s clear they’ve built something there.”

Given COTA’s importance in re-establishing F1 racing in the U.S. since 2012, Epstein is frustrated that its new owners have not asked him for advice on how to grow in America.

F1 declined to comment when officials involved in negotiating new and existing race deals were shown Epstein’s comments about the Miami event.

Epstein went on to suggest Ross and his consortium are wasting their money by pursuing the existing Miami plan, which still has to see off opposition from local residential groups in the area who are concerned about the impact the race will have on the surrounding area, which includes six schools. Epstein said his money would be better spent investing in America’s only purpose-built F1 track.

“He could own this track instead,” Epstein said. “The greatest modern track in the world, I think he’d love it.

“If he’s really keen on having a Formula One race, he should buy the best track. Then he’d have the best circuit in the world and no uphill battles — a built-in successful audience. The struggle you go through to complete something like [Miami]… the hurdle is very high. It’s a painful battle sometimes.

“Money would be much better spent here. This was half a billion dollars investment… you could probably buy at a great discount.

“Between what it would cost annually and the difficulties there would be to sustain a race there and the fact he has a lot deeper pockets than ours, maybe this should be his.”

This year’s U.S. Grand Prix will be shown live on Nov.3 on ABC at 1410 Eastern Time. Lewis Hamilton must finish eighth or higher to claim his sixth world championship crown.