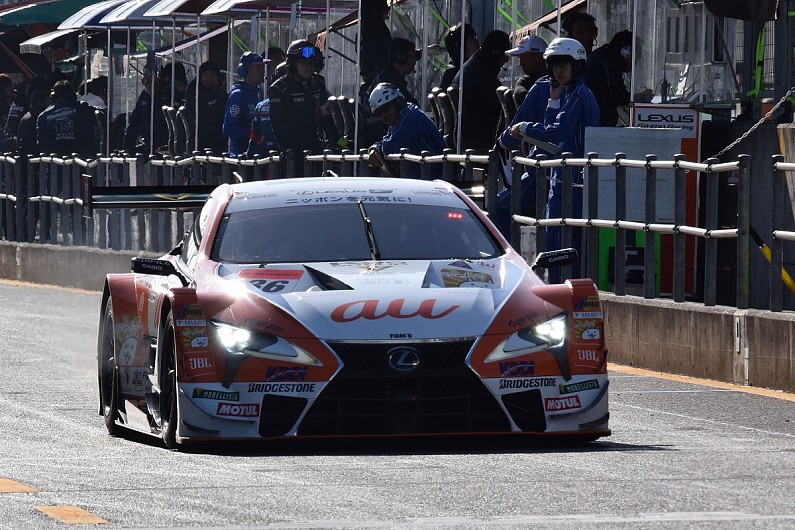 Sekiguchi posted a 1m35.964s in the #36 TOM’S Lexus he shares with Kazuki Nakajima in the dying moments of the pole shootout to take his second pole of the year.

Watch the SUPER GT finale live on Autosport from 4.20am UK time on Sunday morning

Points leader Yamashita fell just 0.035 seconds short to grab second, boosting his and Kazuya Oshima’s hopes of wrapping up the title as their nearest rivals in the championship, Nick Cassidy and Ryo Hirakawa, qualified their #37 TOM’S Lexus fourth.

Yamashita and Oshima lead by seven points, meaning a second-place finish would be good enough to seal honours for the LeMans squad even if the #37 car wins.

Nissan’s title hopes came to an end as Tsugio Matsuda and Ronnie Quintarelli, having gone into qualifying having to take pole to keep their slim chances alive, took third in the factory NISMO Nissan GT-R. 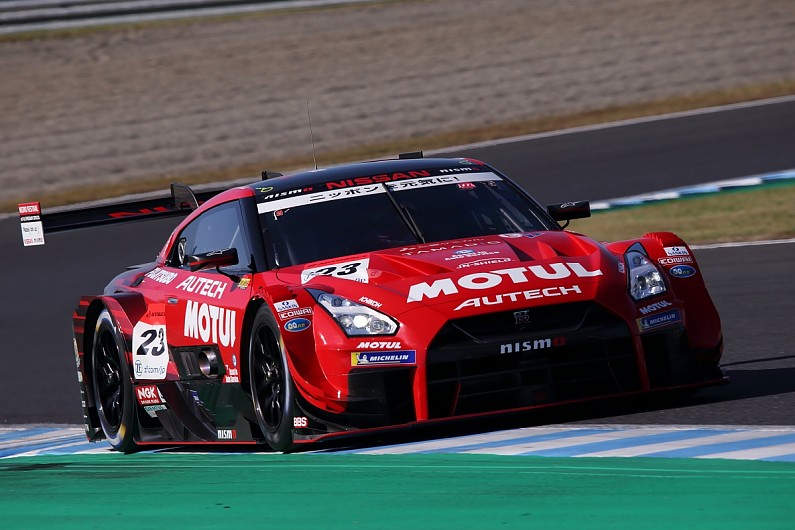 Matsuda topped the opening part of qualifying in the #23 Nissan but a lock-up from Quintarelli in Q2 left him 0.164s shy of pole.

Best of the Hondas was the Real Racing NSX-GT of Koudai Tsukakoshi in fifth, ahead of Yuji Tachikawa’s Cerumo Lexus and Narain Karthikeyan’s Nakajima Racing Honda.

The remaining Q2 runner, the ARTA Lexus of Takuya Izawa, didn’t set a time after pulling off the track with a mechanical problem.

Jenson Button was knocked out in Q1 in his final qualifying appearance in SUPER GT.

The 2009 Formula 1 world champion, who announced earlier this week he will not stay on for a third season in the series next year, could only muster the 11th-fastest time in the #1 Team Kunimitsu Honda NSX-GT he shares with Naoki Yamamoto, 1.053s off the pace.

Also knocked out in the opening phase of qualifying was the Sugo-winning B-Max Nissan driven by Frederic Makowiecki, who was one place ahead of Button in 10th.

Heikki Kovalainen’s SARD Lexus was slowest of all in Q1 in the hands of Yuichi Nakayama, while the Impul Nissan didn’t appear at all owing to an engine problem.

Fresh from his heartbreaking fall from pole to 19th in last weekend’s Super Formula finale at Suzuka, Alex Palou gave the Team Goh McLaren 720S its first pole in the GT300 category.

Palou broke the Motegi class track record with his time of 1m45.907s in the car he shares with Seiji Ara, 0.126s faster than Kazuki Hiramine in the Kondo Racing Nissan GT-R NISMO GT3 that was driven in Q1 by Sacha Fenestraz.

Points leaders Nirei Fukuzumi and Shinichi Takagi need to finish fifth to be certain of the title, and Fukuzumi put the ARTA Honda NSX GT3 in exactly that position behind Naoki Gamou in the LEON Mercedes AMG-GT3 and Katsuyuki Hiranaki in the Gainer Nissan.

Fukuzumi and Takagi’s nearest rival in the standings, K-Tunes Lexus pair Morio Nitta and Sena Sakaguchi, will start down in 17th after Nitta failed to make it out of Q1 due to spinning at the final corner – and almost being wiped out by oncoming traffic.