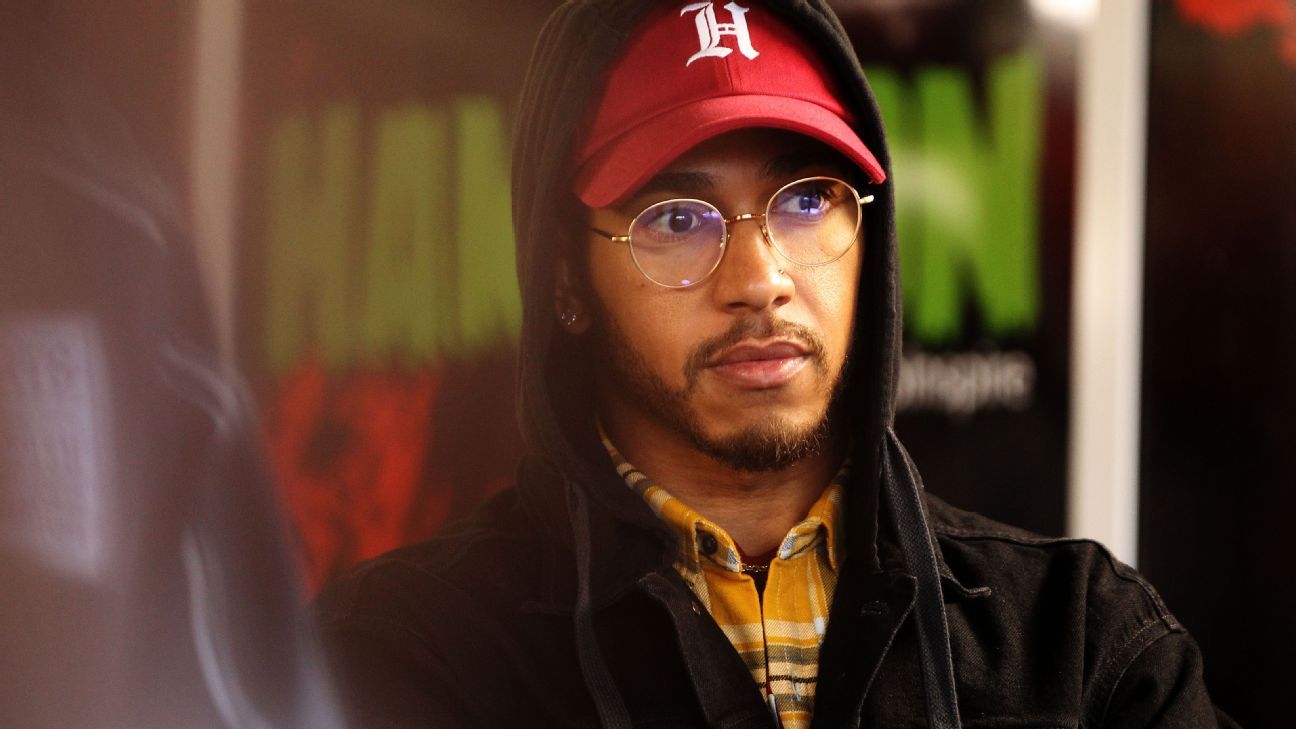 AUSTIN, Texas — Lewis Hamilton needs just four points to make certain he secures his sixth world championship on Sunday, but after Friday practice at the Circuit of the Americas he will have his sights set way higher than the eighth place finish he needs to secure those points. Winning on U.S. soil is always high on Hamilton’s list of targets each year, so to wrap up the title with a win in Austin has to be his target. The good news for him is that he looks very well placed to do it.

Hamilton not only topped the timesheets in second practice, he also held an advantage over the rest of the field during Friday’s race simulations. Meanwhile, teammate Valtteri Bottas, who is his only remaining title rival and needs to win on Sunday to keep his slim championship hopes alive, appeared to struggle. With Ferrari and Red Bull in the mix too, it’s looking very unlikely that Hamilton will leave the U.S.A. as anything other than a six-time world champion.

Most of Hamilton’s lap time advantage over his rivals came in the second sector of the lap. He was 0.506s clear of Charles Leclerc in that sector and 0.388s clear of Verstappen. Considering sector two includes a long straight and Ferrari has held a straight-line speed advantage all year, it’s unusual to see the Mercedes relatively competitive at that part of the lap. But part of the reason for that anomaly is obvious from Hamilton’s on-board footage, which clearly showed him benefiting from a slipstream for the majority of the back straight.

Combine the tow for Hamilton with Leclerc not quite hooking up Turn 11 ahead of the straight, and you start to put together a picture of where Ferrari was losing its time. Factor in the safe assumption that Ferrari will turn the tables on Mercedes’ straight-line speed advantage when it uses its highest engine mode in qualifying and the fact Hamilton won’t be able to rely on a tow on Saturday afternoon, and it’s likely Ferrari will be much closer to Mercedes in qualifying.

But qualifying pace hasn’t been Ferrari’s weakness at recent races. In fact, Mercedes hasn’t secured a pole position since the German Grand Prix in July and it has still gone on to win races in Russia, Japan and Mexico. The key to those victories has been Mercedes’ superior race pace, and based on Friday’s long runs the silver cars have lost none of their advantage.

On like-for-like race simulations on soft tyres, Hamilton was an average of 0.4s per lap faster than Leclerc, underlining the advantage Mercedes holds with a full tank of fuel. When the car is heavier, the tyres need looking after and Mercedes superior downforce levels means the car, and not the tyres, are doing more of the hard work. That helps preserve the rubber at each corner of the car, and ultimately helps Mercedes push harder for longer. At one stage towards the end of his race simulation, Leclerc was asked to match Hamilton’s latest effort — a 1:39.7 — but responded saying “There is no way I am able to do that”.

Speaking more generally about the divide in Ferrari’s qualifying pace and race pace, Leclerc’s teammate Sebastian Vettel said: “We know that we have strengths and weaknesses. I think in quali trim we can mask our weaknesses a bit, whereas in the race we can’t.

“Let’s see, I’m quite confident we can improve the car and that’s what we need to focus on and see where we end up.”

What about Red Bull?

Red Bull also appears to be in the running in Austin, although not quite with the potential race-winning pace it had one week ago in Mexico. Verstappen was just 0.014s off Leclerc, with a healthy advantage over the Ferrari in sectors two and three.

On his race simulation using the soft tyres, Verstappen completed three laps less than Hamilton on a similar run and was still slightly off the pace of the Mercedes. That suggests he would lose more time if he had stayed out to match Hamilton’s 10-lap run and experienced more degradation. Nevertheless, he is hopeful his team can make progress with its setup ahead of qualifying.

“It doesn’t look too bad,” Verstappen said. “Short runs we seemed pretty competitive. Long runs I think I was not entirely happy, I think we can still do a little bit better but this track is very aggressive on tyres.

“But I think if we can keep the tyres under control then everything suddenly looks a lot better. But overall, a good start to the weekend.”

One factor that may play an unexpected part in qualifying and the race are the significant bumps that have emerged around the track over the past 12 months. Drivers often complain about bumps on circuits, but these ones seem particularly nasty — to the point that there are some concerns about reliability over Sunday’s 56 laps.

One bump in the braking zone for Turn 1 and some between Turns 5 and 6 attracted particular attention and were believed to be responsible for a throttle issue on Leclerc’s car in the opening practice session.

“I think that to say right now that it will not affect the reliability would be very brave because later on in the race weekend we may find the opposite,” Ferrari team principal Mattia Binotto said. “As a matter of fact this morning, with Charles, we had a small inconvenience due to, we believe, a bump — a small issue happened just as an example.

“So yes, it needs to be managed. We all need to be aware of it and making sure that it doesn’t affect the result.”

From the cockpit, Hamilton added: “After the first session, I was not feeling good. It is the bumpiest track by far that I have ever been on. I had such a headache!

“For people to understand when we talk about bumpy tracks, the bumps are not such a bad thing in some places because it adds that character to a circuit. So I’m not a fan of completely smooth circuits. But this one is like massive, massive bumps, and the problem for us is that we don’t have much suspension.

“Our suspension moves a tiny amount, so it’s usually your butt on the floor, and your spine takes all the compression, so I was feeling horrible. I had a massive headache after P1, I had to lay down, I was not feeling great.”

But other than Austin’s bumps, there seems to be little standing in the way of Hamilton securing the 2019 drivers’ title on Sunday afternoon. The main question is whether he does it with a win or not.