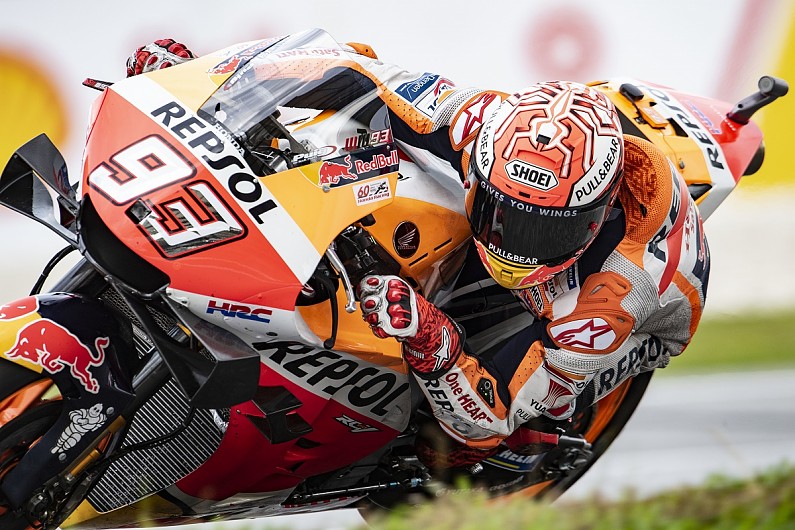 Marquez followed Petronas SRT rider Quartararo on their first run in Q2 and tried to do the same in the latter stages of the session.

The Honda rider tried to go with Quartararo when he opened up his final flying lap, but suffered a violent highside at Turn 2.

With Marquez struggling for one-lap pace at Sepang all weekend, Dovizioso says the Honda rider’s tactic of trying to follow Quartararo shows he is “never satisfied” regardless of his situation.

“Marc is never satisfied,” commented Dovizioso, who has finished runner-up to Marquez in the last three seasons.

“For someone who’s won it all, to do this kind of manoeuvre on a day when he can’t fight for pole, it shows that he always wants more.

“From that perspective, good on him. But the marking of Fabio was very aggressive, I wouldn’t have done it.

“But everyone is free to do what they want.

Marquez said his crash was a result of him trying to “copy” Quartararo’s approach to the corner, and will start one place behind Dovizioso in 11th on Sunday. 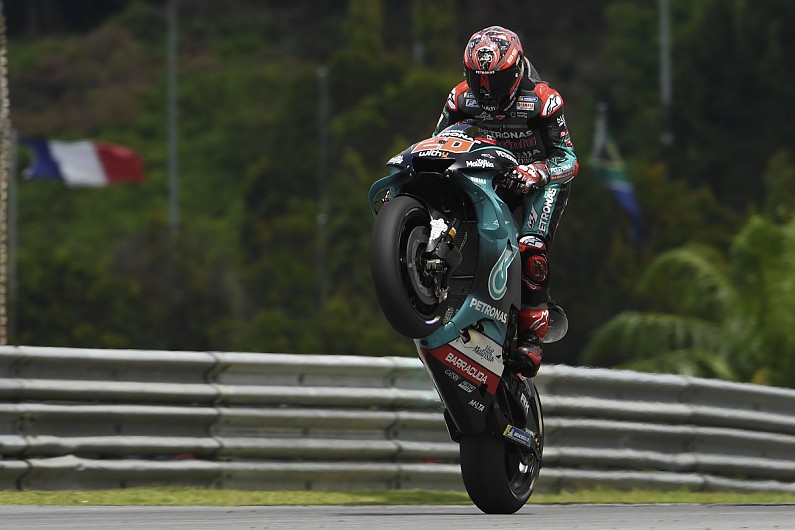 Quartararo brushed off Marquez’s tactics, branding them as “part of the game”, and admits he wasn’t aware the Honda rider had crashed until he’d completed his pole lap.

He also revealed he too came close to suffering a similar fate to Marquez on his final tour.

“I did not see him before I crossed the chequered flag,” Quartararo said.

“I saw him on the pictures. I think the outlap was way too slow for both of us, and I too nearly flew, many, many times.”

He added: “Also in the first run he was behind me. I think if he wants to follow us, it is that we are doing a good job and I think the team and me are proud of the job we’ve done this year.

“I think it is a little bit a part of the game. If one day I have the possibility to do it [follow Marquez], I will do it also.

“I think it is good for both riders.”