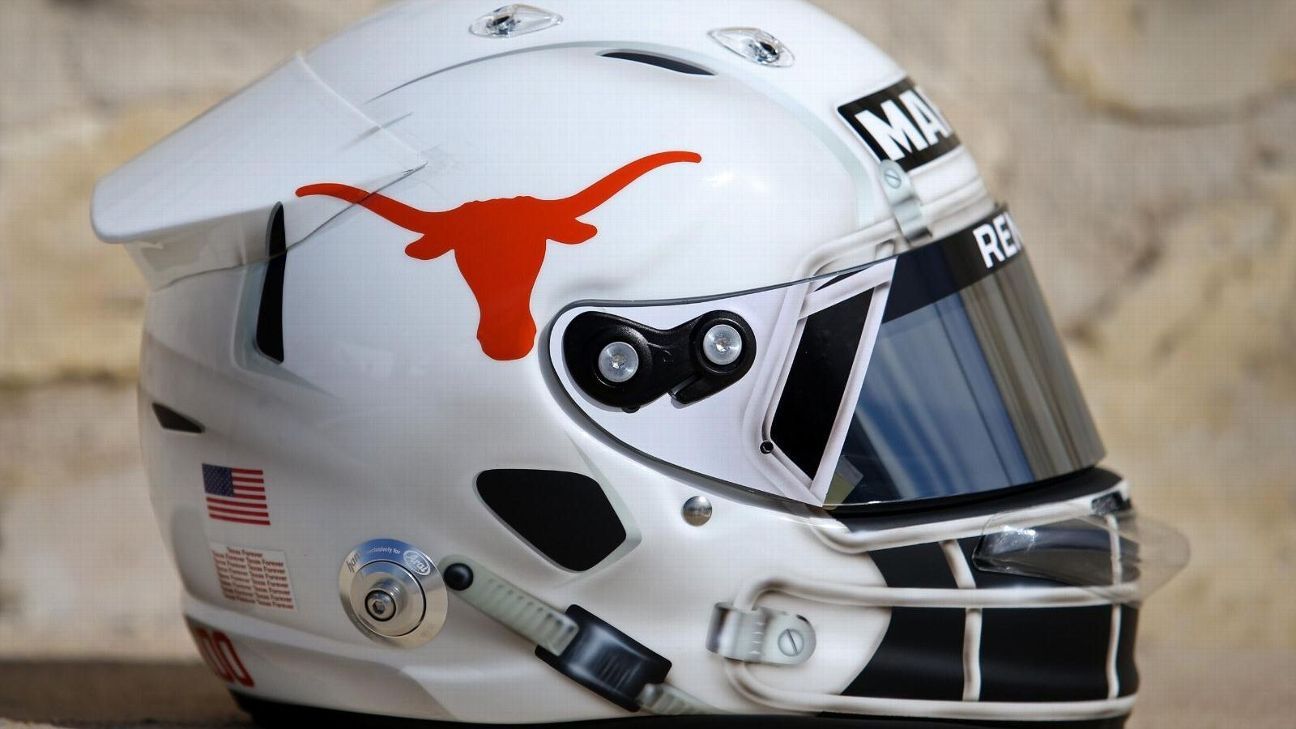 AUSTIN — The Formula One paddock hosts a lot of serious business during a race weekend, but this is a place for some of the lighter-hearted stories in the build-up to the U.S. Grand Prix at the Circuit of the Americas.

It’s not unusual for F1 drivers to mark their favourite race with a one-off helmet design, but never before has someone carried the colours of the local college football team.

This weekend Daniel Ricciardo is doing exactly that by painting his crash helmet in the colours of the Texas Longhorns, bearing the Austin-based university’s famous orange logo. The front is designed to look like grill of the helmet and the rear carries Ricciardo’s number — 3 — and his name.

“The long and short of it is: I love Austin,” Ricciardo said. “The first year we visited here, I fell in love with the place, the people and the atmosphere; it speaks my language!

“Last year, I finally went to a Texas Longhorns game and it was an awesome experience so I thought this year I’d tip my hat to them. “I normally try and do something Austin themed here and I thought the Longhorns was a cool one with the idea to do a Football helmet; it’s pretty special and I’d like to show some love to the city!”

For the sake of consistency and to make it easier to identify them on track, F1 drivers are allowed one change of helmet design per year under the regulations.

This article will be updated throughout the week.