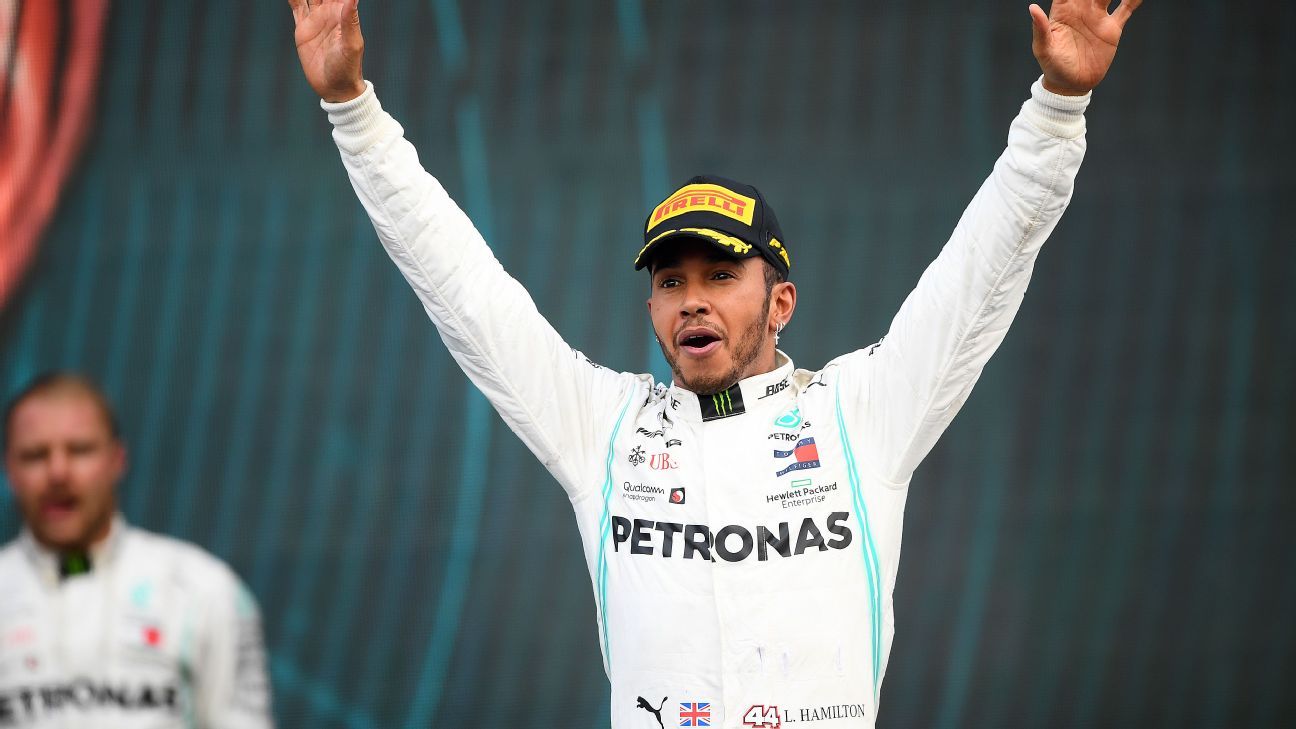 Tom Brady has praised Formula One’s Lewis Hamilton as the British driver looks set to join him as a six-time world champion.

Hamilton must finish eighth or higher at Sunday’s U.S Grand Prix in Austin, Texas to clinch another championship, which would move him to within one title of Michael Schumacher’s all-time record.

Brady, who has won six Super Bowl titles, spoke about Hamilton — who he reveals lives a floor above him in his New York apartment building — ahead of Sunday’s game against the Baltimore Ravens.

“I’ve followed him for a little bit,” Brady said on Friday. “I’ve kind of gone to a few of those races and those guys are super talented.

“I think it’s tough to stay at the top, and talking to guys that know him and that race against him, he just sees things differently than everyone else.

“So, I think that’s what makes him so exceptional. I think it’s a lot like that for football players too is, you know, you take people that kind of all do the same thing, but then someone always sees it a different way.

The U.S. Grand Prix is being shown live Sunday on ABC at 14.10 Eastern Time.