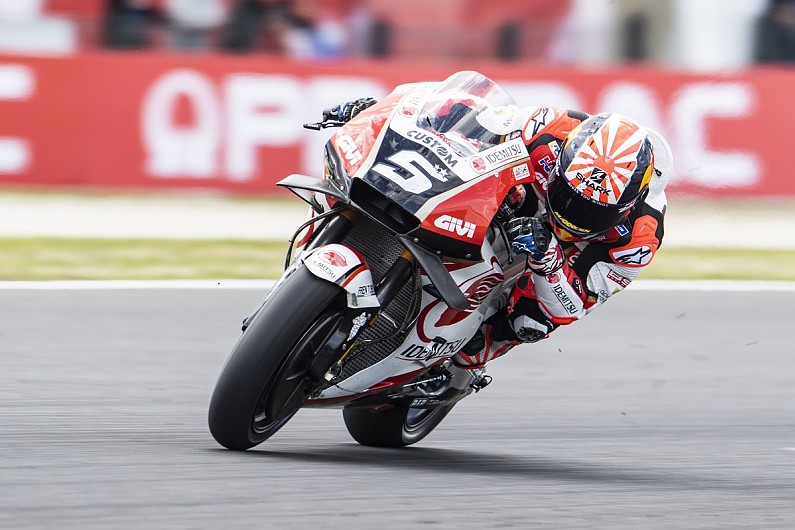 LCR Honda’s Johann Zarco says his target of a top-seven finish in this weekend’s MotoGP Malaysian Grand Prix is a must to show “I can be with the top guys”.

Zarco made his debut on the Honda last week in Australia in place of the injured Takaaki Nakagami, and ended the race 26 seconds from the victory in 13th – around six seconds closer than he managed in his last KTM outing at Misano before being dropped.

Setting himself a target of the top 10 prior to Australia, Zarco has now set his sights on a top-seven placing at Sepang to prove he still has the ability to be a MotoGP frontrunner.

When asked if beating ex-team-mate Pol Espargaro – who pipped him to 12th in Australia – was the goal, Zarco replied: “Yeah, this is also my target.

“But I must be in the top seven at least to show I’m a race guy and I can be with the top guys.

“If I’m in the top seven and Pol is fifth, I think I will be happy for him and for me. So, let’s see.

“I must go more [towards] the front. The fight with Pol in Australia was good fun and maybe I could have had a little bit more speed than him, but I was not able to use it to leave him.

“He really stayed [close] and then we fought. And from that, we lost time.”

Pressed by Autosport about why he is putting pressure on himself with ambitious targets, Zarco added: “It’s not pressure, it’s just the reality.

“If you do a good job, if you manage everything well, you must be there.

“It’s not pressure, it’s just being honest with myself. That’s all.” 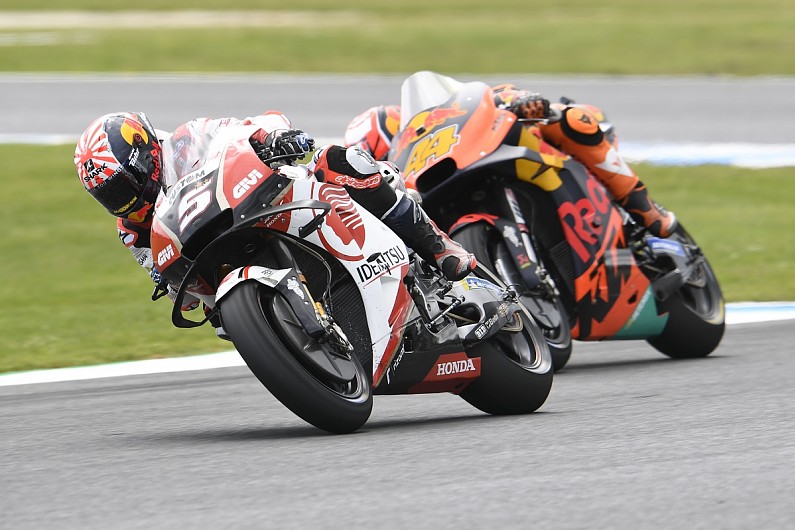 One of Zarco’s aims prior to jumping the year-old RC213V was to understand why Marc Marquez has been so dominant on the bike in recent years.

Revealing he did study Marquez’s data across the Phillip Island weekend, Zarco said the world champion’s “natural control” means he’s “always giving the maximum”, and is something he is trying to learn from.

“I could see a few things and it’s interesting,” Zarco said of Marquez’s data.

“I tried to learn from it, but I will not say what I see because I keep that for me and try to work on it.

“Marc is controlling everything, and you can understand that he’s controlling [everything] because he has this natural control and he’s always giving the maximum.

“That’s how for so many years he has been the best and that is what I try to learn from him.

“For me, the confidence has to come back, because for now I’ve lost some feeling. I feel I can get it back, but I don’t know quickly I will have it.”

Nakagami underwent a successful operation on Wednesday on a shoulder injury that has plagued him since tangling with Valentino Rossi at Assen in June, and will return to action in February’s pre-season tests.