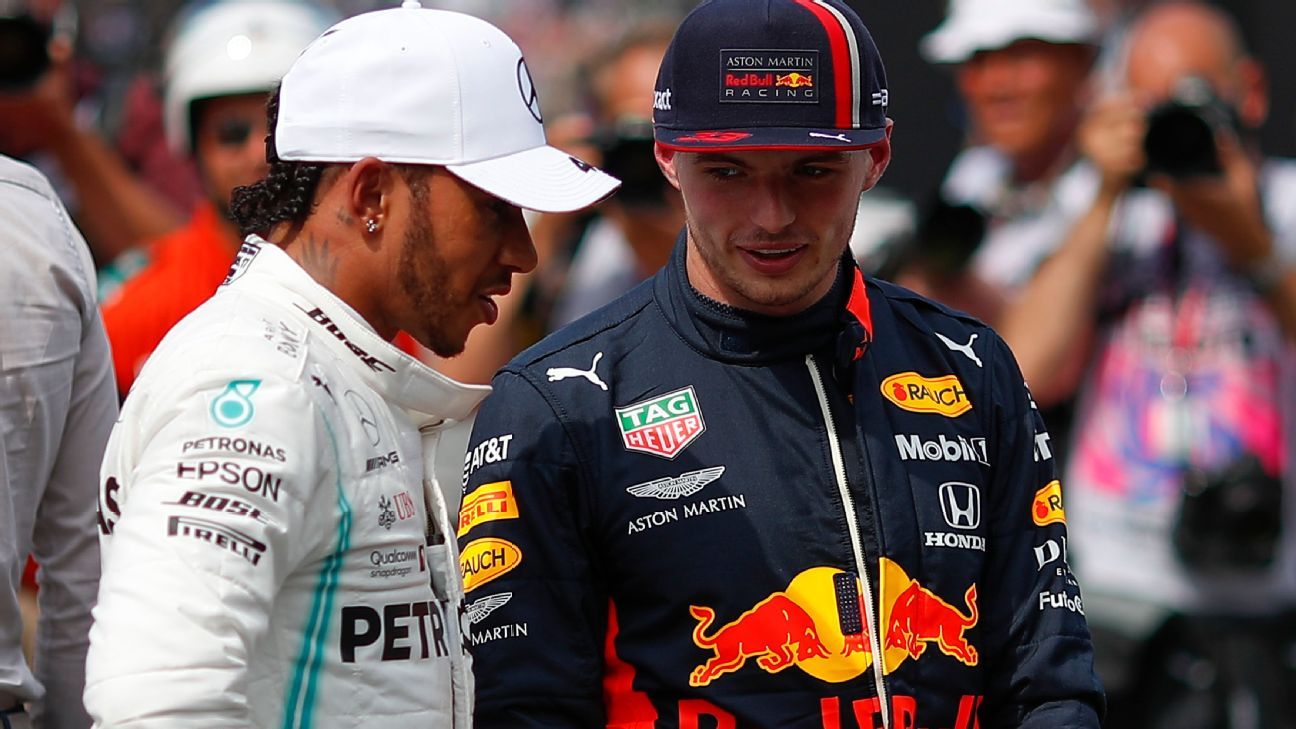 Ahead of each race in 2019, ESPN is ranking every driver on the grid in our Formula One Power Rankings.

In compiling these standings, we have taken out the car factor and focused solely on the drivers and how each has been performing. This is not a prediction for how the race will go this weekend. Nor is it a prediction for how things will look at the end of the season. Instead, read this as a gauge for who has the most influence over everything that lies ahead, who’s hot and who’s not ahead of the U.S Grand Prix.

Mexico was yet another example of Lewis Hamilton not having the quickest car, but still managing to come out on top. The Mercedes driver managed his tyres to perfection and, with his 10th win of the season, has put about nine fingers on the drivers’ championship. If he finishes ninth or better in Austin this weekend he will be world champion for a sixth time. Incredible.

Things were looking rosy for Carlos Sainz in Mexico City … then the hard tyre went on his McLaren and his race unraveled. But I’m giving the Spaniard the benefit of the doubt, given he qualified exceptionally well, was battling the front-runners in his first stint and has plenty of runs on the board this season. The midfield battle is Sainz, huge gap, and then everyone else.

He might be yet to take a Formula One podium, but Alex Albon makes this rostrum after a great stretch of races that has to have Red Bull drawing up his 2020 contract. The Thai driver has performed much stronger than his predecessor, Pierre Gasly, and since joining the team has actually managed to outscore the brilliant Max Verstappen 58-39.

Like Verstappen, Leclerc could definitely have won in Mexico — something you could say for him about almost every race since the summer break. A lockup late in the race really snuffed out his charge and resigned him to fourth place. There’s no doubting his talents, but at the moment he’s not quite capitalizing on the opportunities, even if Ferrari is still to blame for a lot of it.

Ignoring yellow flags during qualifying in Mexico was not only a huge driver misjudgment, but something that is incredibly dangerous. I don’t think Verstappen is reckless, but that moment was clearly his biggest mistake of 2019. Mexico was a grand prix he could easily have won with a touch more patience, even with the grid drop, but instead he was humbled and left with just sixth place to his name. For the first time this season you get the feeling Verstappen is under a little pressure heading into a weekend.

Just consider this: Perez has finished in the top eight in five of the last six races. The four-week summer break has worked wonders for the Mexican and there aren’t too many drivers in a richer vein of form than him right now. Imagine if the Racing Point was quick…

Crashed hard in qualifying, but certainly made amends in the race. However, he knows that any slim chance of winning the title is basically gone and the fact he’s won only three races to Hamilton’s 10 is a bit of a black mark against his name.

He might be the king of the late-brakers, but Ricciardo has added a new string to his bow in recent races: tyre management. In Japan and Mexico, he turned in epic stints to storm inside the top 10 and remind everyone he is still one of the grid’s greatest talents. It’s a shame Renault seems to be crashing and burning around him.

Maybe a little unlucky to still be grouped in the midfield, but it shows the quality around and ahead of the four-time world champion right now. Vettel really needs another win before the season is done and dusted, and a win he earns, not one that’s gifted.

Albon might be closing in on that coveted Red Bull contract for 2020, but Gasly is proving he is someone worth persisting with. He’s barely put a foot wrong since dropping back to Toro Rosso and continues to outshine Daniil Kvyat.

When is Norris going to catch a break? What’s been a great rookie season could have been superb if not for the seemingly endless bad luck the Brit has endured.

There’s no doubt Perez is showing him up, but Stroll actually hasn’t been too bad lately. Some more points would be nice, though.

His pit crew didn’t do him any favours in Mexico, but Giovinazzi is still shading the experienced Kimi Raikkonen and looks like he might just be someone worth holding onto. Right now he is racing for his future.

Alright, he’s likely to be leaving Formula One at the end of the year, but he’s not exactly performing poorly on the track. In fact, if he had a Renault contract for 2020 you’d say he could almost be a top-eight driver given his six straight points finishes (OK, Japan no longer counts!).

It’s very difficult to judge Russell right now, given how uncompetitive Williams has been. But then you look at his head-to-heads with Robert Kubica and you quickly realise he deserves a lot of praise for his year.

His head definitely dropped when it was confirmed he wouldn’t be re-joining Red Bull in 2020, but there were some signs in Mexico that he had put the disappointment behind him.

It’s just painful to watch Haas this year and K-Mag hasn’t been able to do too much of note. He’s finished 15th or worse in half the races since the Canadian Grand Prix.

No matter how you look at it, finishing behind a Williams is simply not good enough. This is a year to forget for Haas and Grosjean.

Raikkonen’s form line is just bizarre. He’s absolutely nowhere at the moment and looks like he’s hanging out for the chequered flag to fall in Abu Dhabi.

Back of the grid

Another race, another last-place finish. Just three Formula One races to go for Kubica…