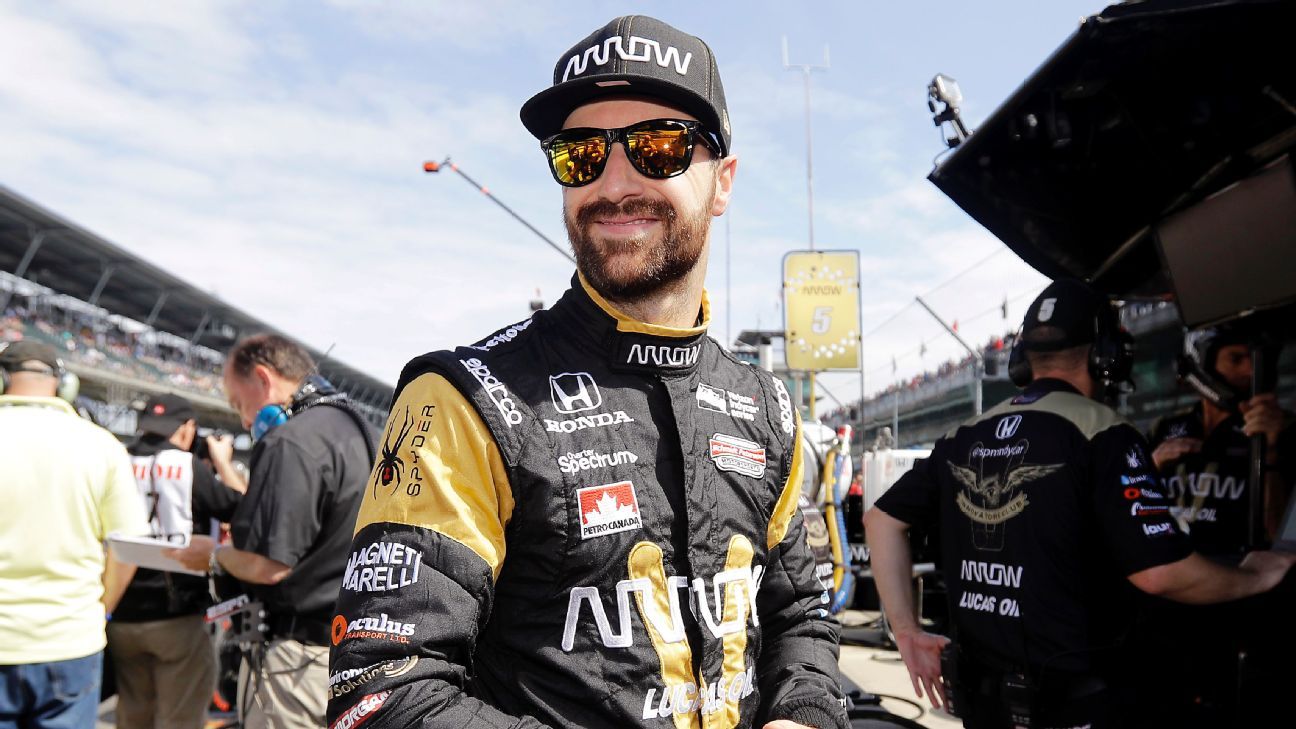 CHARLOTTE, N.C. — James Hinchcliffe has been released from the new Arrow McLaren SP Racing team, two people with direct knowledge of the situation told The Associated Press, despite repeated public assurances that the popular Canadian was not leaving the organization once McLaren came aboard.

Hinchcliffe learned Sunday he was being replaced by 2018 Indy Lights Champion Pato O’Ward and said his farewells at the team shop Monday, the two people said. They spoke to the AP on condition of anonymity because McLaren is not expected to formally announce its lineup of O’Ward and reigning Indy Lights champion Oliver Askew until Wednesday at the earliest.

McLaren had planned to run its own two-car IndyCar operation in 2020 until its failure to make the Indianapolis 500 with Fernando Alonso in May was too devastating a setback. The Formula One brand instead partnered with the existing team owned by Sam Schmidt and Ric Peterson and sponsored by Arrow.

That required the Schmidt group to move from Honda to Chevrolet, an immediate issue for Hinchcliffie because of his strong personal service agreements with Honda Canada. It led to constant speculation that Hinchcliffe would find an out in his contract and remain a Honda driver, but nearly all parties vehemently insisted he was going to driver under the McLaren banner. The only partner not to publicly back Hinchcliffe’s definite return was sponsor Arrow.

Hinchcliffe’s ouster to make room for O’Ward was first reported by Racer Magazine.

Hinchcliffe is one of IndyCar’s most popular drivers and has crossover appeal. He finished second on reality show “Dancing with the Stars” in 2016 and most recently was featured in “The Body Issue” for ESPN The Magazine. Arrow did not approve of the racy ESPN shoot in which Hinchcliffe was naked on The Yard of Bricks at Indianapolis Motor Speedway and in front of his race car, with tires or flags used as coverage.

Hinchcliffe has been with Schmidt since 2015, the year he was pierced by a broken part in a crash at Indy. Hinchcliffe nearly bled to death as he was rushed to a hospital for emergency surgery.

The late timing of the McLaren decision puts Hinchcliffe in an awful position of finding a consistently competitive ride. Marcus Ericsson knew he was out the moment McLaren bought in with Schmidt, and in turn he landed a new third seat with Chip Ganassi Racing. But there’s not much available at the top of the market unless Hinchcliffe and Honda can work a financial deal that expands him into a third seat for Bobby Rahal.

An outside opportunity for Hinchcliffe is in NASCAR. He is represented by Spire Sports and Entertainment, the company that owns the No. 77 Cup car, and team co-owner Jeff Dickerson tried to get Hinchcliffe in the seat for The Roval at Charlotte Motor Speedway. Hinchcliffe had to pass because it fell on the same weekend as the wedding of close friend Robert Wickens.