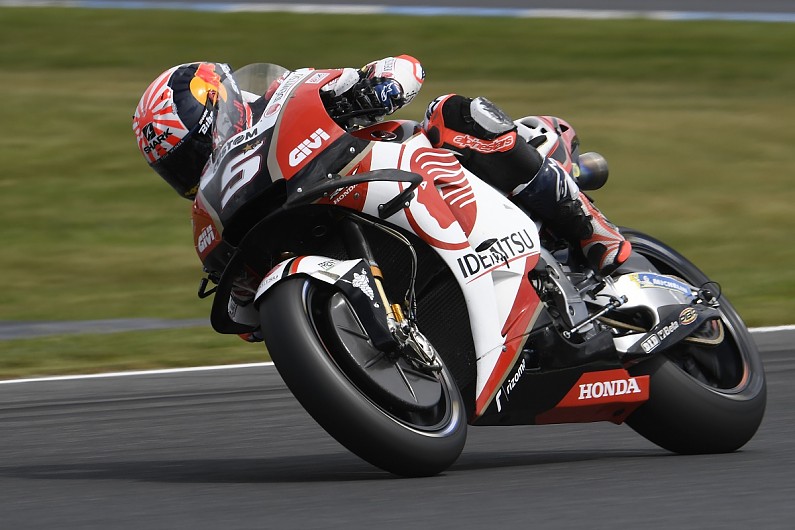 Johann Zarco made his return to MotoGP action in Australia with LCR Honda following his dismissal from KTM following September’s Misano race.

Encountering tricky conditions throughout the weekend as he tried to learn the 2018-spec RC213V, Zarco showed flashes of speed and ended up just 26 seconds from the victory in 13th spot.

His debut Honda weekend performance split opinion in the paddock, with some feeling he could have perhaps shown more.

They also look ahead to what we can expect from Zarco this weekend in Malaysia.

Oriol and Lewis review Jorge Lorenzo’s Australian GP nightmare, and discuss KTM’s new line-up for 2020 – and the rift this has caused.

They also touch on some of the interesting 2021 rumours that emerged around the Phillip Island weekend, including Ducati expressing interest in Maverick Vinales, and discuss the impact this could have on Yamaha’s decisions going forward.

The Tanks Slappers podcast is Autosport and the Motorsport Network’s weekly podcast for all things two-wheeled. It can be found on Apple Podcasts via iTunes, Google Podcasts and Spotify – simply search ‘Tank Slappers’.