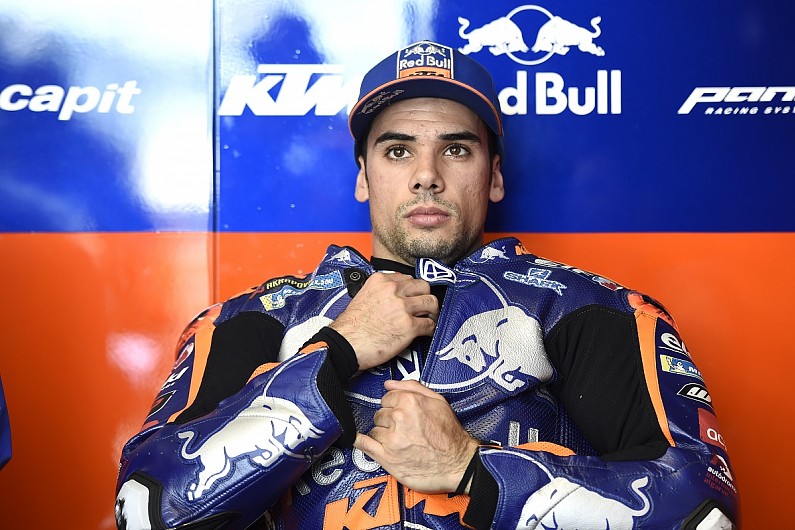 Tech3 MotoGP rider Miguel Oliveira will miss the Australian Grand Prix at Phillip Island, as he has been declared unfit to ride following his crash on Saturday.

During the fourth practice session, a gust of wind pushed Oliveira over the outside kerb and onto the grass at the end of the main straight, which then led to him having a hard impact against the ground in the run-off area.

The Portuguese rookie continued to tumble through the gravel in the aftermath, while his bike was left in pieces.

Despite the crash happening at high speed, Oliveira escaped sustaining any fractures in the incident, but his participation in the race was nonetheless in doubt as he admitted afterwards that it hinged on “whether I can close my hands to ride”.

MotoGP has now confirmed that Oliveira was not passed fit on Sunday morning “due to pain and swelling to both hands”.

Phillip Island will be the first race Oliveira has missed in what has been an impressive rookie season.

He has been previously nursing a shoulder injury after a Silverstone clash with Johann Zarco, but it did not force him to skip any of the grands prix held since then and he reached the finish line in all four of the races.

Following Oliveira’s crash, MotoGP postponed the remainder of Saturday’s programme due to the threat posed by the high winds, and now intends to run both qualifying and the race on Sunday.