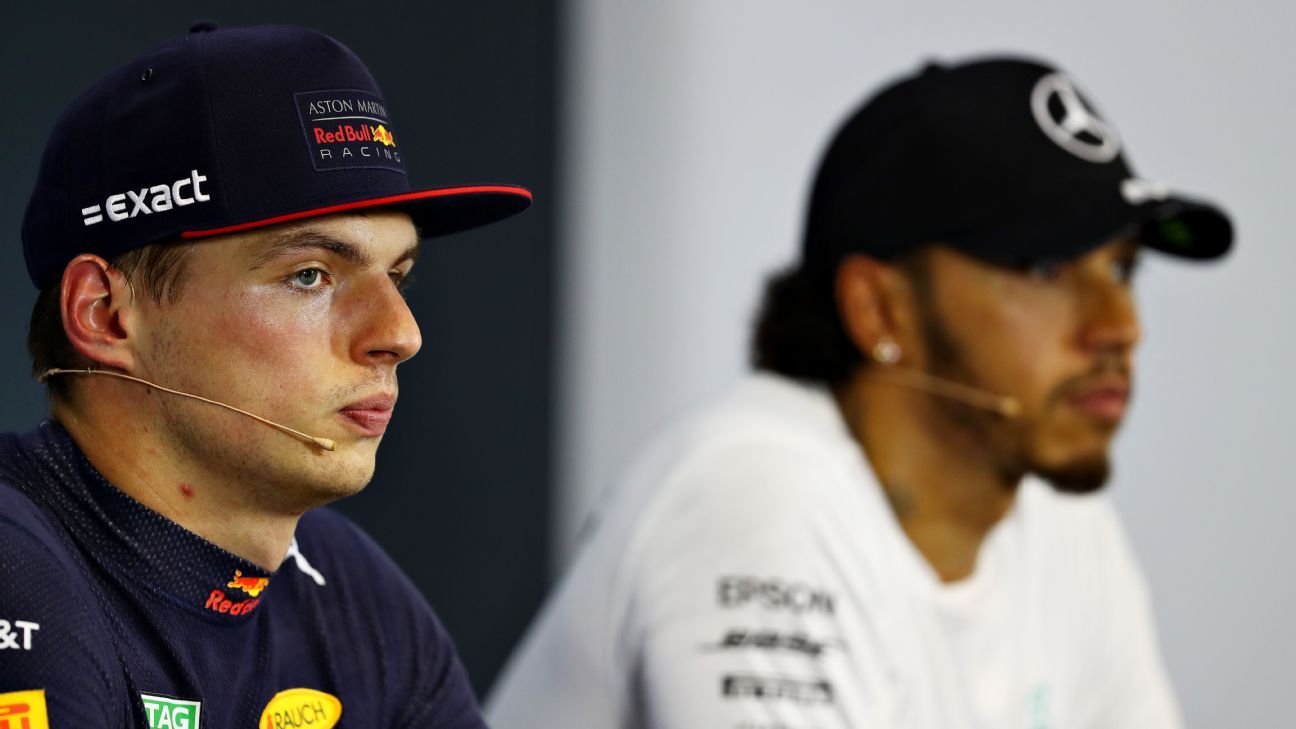 The storyline of the Mexican Grand Prix revolved around two drivers. Taken to an extreme, it was almost pantomime, with Max Verstappen cast as the villain and Lewis Hamilton as the hero. Look beyond the headlines, however, and they were also the two outstanding on-track performers of the weekend. But the fact one finished first and the other sixth tells you all you need to know about where each is in his career right now.

Verstappen’s well-documented qualifying penalty was the turning point of his weekend. Needlessly ignoring yellow flags on his final attempt in qualifying (he already had a lap fast enough to secure pole regardless of his second attempt) saw him penalised and drop from first on the grid to fourth. There’s a strong argument that he would have been overtaken by the more powerful Ferraris on the 0.8km run to Turn 1 anyway, but the penalty put him in the thick of the battle on the opening lap.

After that mad dash to Turn 1, our two starring drivers were wheel to wheel fighting over third place. Hamilton gave Verstappen space on the inside but lost the rear of his car as the Red Bull squeezed him harder for Turn 2. The pair made contact, took to the grass and both dropped down the order.

The first thing to note is that this was pure racing. Neither driver was to blame, although arguably Verstappen was being more aggressive. But he also did that thing he does so well: taking what is acceptable and stretching it to the very limit to try to gain an advantage. That’s part of the Verstappen playbook, but perhaps in this instance he underestimated whom he was up against.

Hamilton is also an aggressive driver, although perhaps not quite as aggressive as Verstappen, but he is also a supremely experienced and intelligent racer. After the chequered flag, Hamilton recalled the encounter and revealed he was conscious of giving Verstappen extra space to avoid a collision.

“I was surrounded by a bunch of cars, I braked into Turn 1, and all of a sudden Max is alongside me!” he said. “If you’ve seen races before, I always leave Max a lot of space — it’s the smartest thing you can do.

“But there wasn’t a lot of space to give him space [going into Turn 2]. I think he had an oversteer moment or something and then I got a massive hit from behind. Then I nearly took him out. “We were going through the corner, Seb [Vettel] was about to go into Turn 2, my back end came out and I nearly took Seb out and then we went straight over the grass. It was hair-raising.”

Verstappen came off worse, dropping to eighth while Hamilton fell behind Alex Albon and the two McLarens to sixth. Such was the pace of the Red Bull in the race that his team boss, Christian Horner, believes Verstappen still could have won the race from there.

“Even with a penalty after pole, he was racing hard with Lewis, they both got wide at Turn 2 and he had to take avoiding action so lost some ground, but even then it was still game on. It was really the puncture with Valtteri [Bottas] that screwed his race today.

“Having to do a whole lap with a puncture, you could see his pace — I think when he came out, he was two seconds a lap quicker than the leaders at that early stage. So I think it would have been quite a straightforward race for him today.”

Much like the Turn 2 incident with Hamilton, the contact with Bottas on Lap 4 was also Verstappen pushing to the limit. One of the criticisms of the stadium section in Mexico is that it’s too tight to allow overtaking, but not for Verstappen. Once again, he did the unexpected, took what was acceptable to the limit and caught Bottas by surprise.

It so nearly worked, it was so nearly one of the overtakes of the season, but as Bottas saw him, delayed his turn in and then finally tried to make the corner, there wasn’t enough room for two cars and the pair touched. “For me, just out of nowhere he appeared on the inside into Turn 13 and, you know, I couldn’t disappear from there,” Bottas said. “He just dived in and we touched.

“He got a puncture from that, so… yeah, I couldn’t really avoid him, so I think he earned his own puncture, definitely.” Those opening laps present an interesting question: Is Verstappen too aggressive for his own good? Would he benefit from reading the race a little more? If he knew he had the fastest car, should he have taken his time?

Perhaps unsurprisingly, Hamilton has a clear view on the matter.

“I think every driver is slightly different,” he started, rather diplomatically, before adding: “Some are smarter; some are like very smart and aggressive; and some are silly with it. And so, through those experiences of racing with people, you give some more space and others you don’t have to. They’re quite respectful.

“But I don’t think it was intentional or anything like that. It was just… he’s a magnet for those kind of things. Nonetheless, I managed to keep the car together and in a straight line, fortunately.”

And for balance, here’s Horner. “Today could have gone either way,” he said. “It was hard racing with Lewis; they were both racing hard, and that’s what it’s all about.

“The move with Bottas was a tough one because arguably he’d done the pass, he got clipped on the way out of the corner with Valtteri’s front wing, so it was just unlucky.

“Some days that can go for you; some days it can go against you.”

It should also be noted that Verstappen’s race from his puncture onwards was remarkable. He took on a set of hard tyres at his pit stop on Lap 5 and, without the help of a Safety Car, made up 14 places over 66 laps. That’s 66 laps on the same set of tyres, and as Horner pointed out, for the first half of the race, he was setting times that were quicker than those of the leaders, including teammate Albon on a theoretically faster two-stop.

Hamilton, meanwhile, had the third-fastest car in qualifying (leaving him fourth on the grid) and the joint-second-fastest car in the race (with Ferrari). Yet he managed to stay out of trouble, used the strengths of his car and seized on an opportunity that presented itself via tyre strategy to win the race. Verstappen was faster, did far more overtaking and was far more entertaining on and off the track, but at the end of the weekend, he left with just eight points to Hamilton’s 25.

“I think this is clearly something that is a combination of talent and learning and experience, that his [Hamilton’s] racing is really great,” Mercedes boss Toto Wolff said when asked to compare the weekends of Hamilton and Verstappen.

“On a few occasions, he took himself out of what could have been a race-ending situation, with Sebastian where he avoided contact miraculously and then just a few seconds later being side by side with Max through Turn 2 and 3. He seems to have this great ability to put the car in the right place.”

But there is another clear distinction to make in this Hamilton/Verstappen comparison. One driver is racing to secure a championship, the other is simply going for race victories when his car allows it. Put simply, in Verstappen’s position, it makes more sense to take more risks.

It’s impossible to say how Verstappen would react to a championship situation if he had a car capable of putting him in a title fight. The combination of pent-up aggression and seemingly limitless pace make for an incredibly exciting driver to watch, but in a title fight, it could also be his greatest weakness. The hope is that next year he will have a car capable of fighting for the title and we will know for sure.