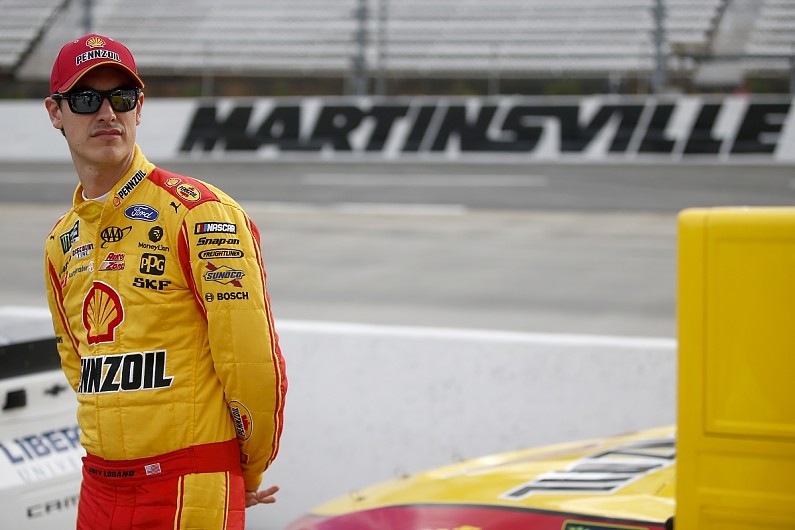 Logano and Hamlin made contact late in the race, which sent the Penske Ford into a spin and forced Logano into a recovery drive from 19th to eighth in the final 35 laps of the 500.

The two drivers then talked on pitroad before Logano shoved Hamlin, prompting a confrontation between the pair and their crews.

“I was frustrated about the situation obviously,” said Logano.

“I just really wanted to go over there to talk to him and get his side of the story on what happened, and he just said, ‘I ran you up in the wall’ basically.

“It wasn’t as apologetic as I was looking for, and that probably escalated the situation too much.

“I shouldn’t have shoved him. For all the kids watching, that wasn’t the best thing to do.

“But I was frustrated, tempers were high and it’s the playoffs, so that’s what happens.”

Hamlin, who started the race from pole and finished fourth, said the Logano confrontation was acceptable until he was shoved.

“It was a discussion. I understand him coming over and talking,” said Hamlin.

“Standing there and having a discussion with him, everything was fine and I think he didn’t get me agitated enough, so he said something and then pokes a little bit and then runs away, trying to get me to come so he could hide behind his guys.

“He’s just not that tough. He won’t stand face to face, and that’s just his style.”

Logano and Hamlin have an ongoing rivalry that most recently flared up at Dover when the latter called his rival an “idiot” following a hectic wheel-to-wheel battle before later apologising. 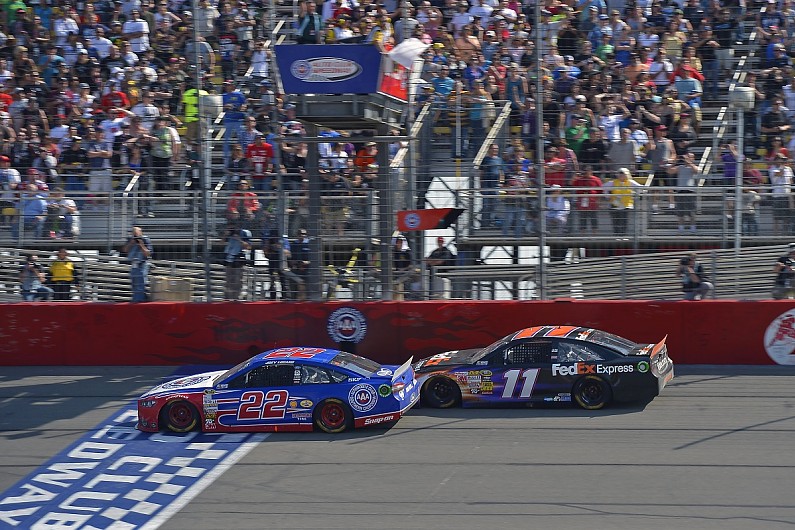 They clashed notably in 2013 when the pair fought at Bristol, and had a last-lap coming together at Fontana (pictured above) that led to Hamlin missing four races with a compression fracture in his back.

“I should be stronger than let that get underneath me when he does that.”

Hamlin said: “I told him that it was my fault. I came up the race track and made contact, but obviously, the end part is his fault.

“We can have a discussion with him over two or three times about him blocking me and what is he doing at Dover, this, that and the other.

“That’s a discussion that men have, but he handles it differently because he’s immature.”

Logano’s tyre specialist, Dave Nichols Jr, has been suspended for one race following the pitroad scuffle.

Nichols was seen attempting to tackle Hamlin during the fight.

“We don’t encourage it, but we know the drivers are going to address each other after the race when they have an incident.

“Then, unfortunately, instead of breaking up a fight, I think what we saw was an aggressive move by a crew member.

“I think in this case, you have a crew member who was maybe trying to break it up, but certainly [it was] an aggressive move we viewed on our part.”