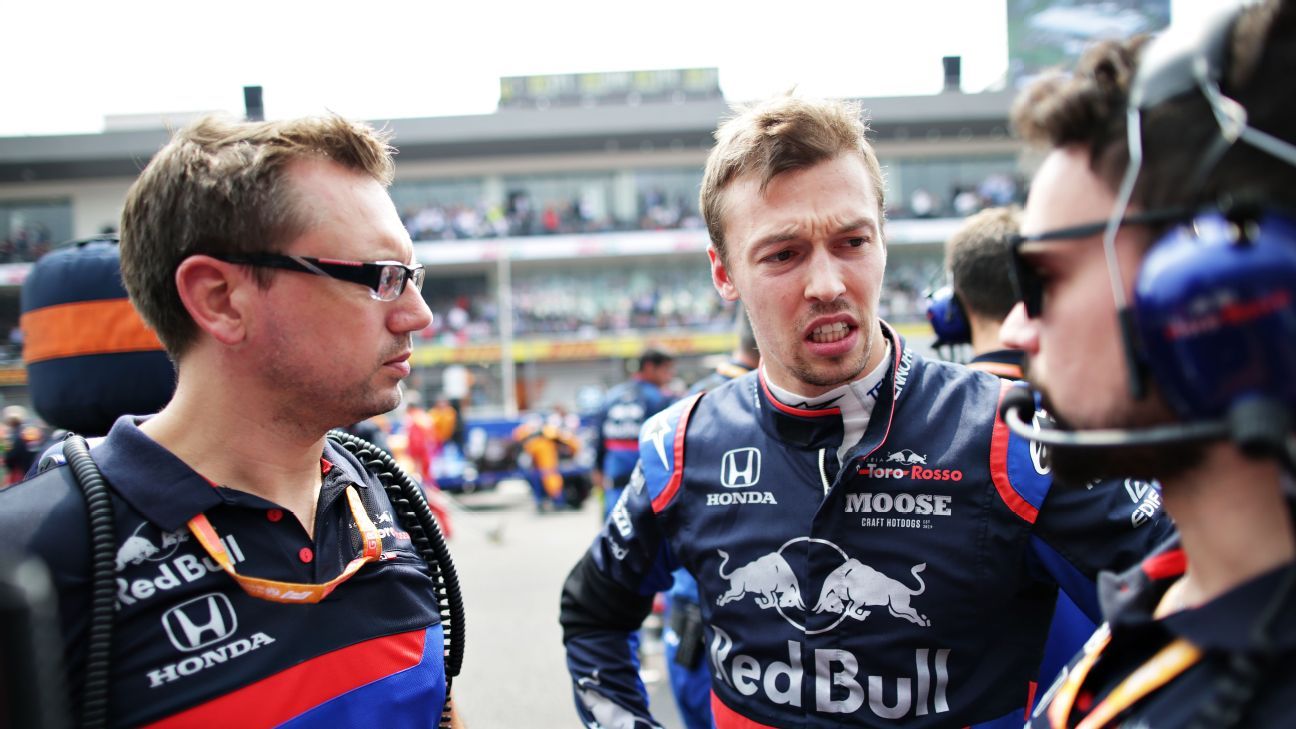 MEXICO CITY — Toro Rosso driver Daniil Kvyat issued an expletive in the direction of the stewards after being issued the penalty which dropped him out of the points at the Mexican Grand Prix.

Kvyat clashed with Renault’s Nico Hulkenberg on the final corner of the final lap, sending the German driver’s car into the wall after trying to pass on the inside. Hulkenberg managed to finish the race without his rear wing attached to the car but had dropped to 11th behind Kvyat and the Russian’s teammate Pierre Gasly by the time he crossed the finish line.

Speaking immediately after the race when the incident was being investigated, Kvyat said: “It was last lap, last corner, obviously he was struggling with his tyres then I tried to put my nose there and he shut the door so we’ll see, I don’t know how the stewards will see it, but it felt to me last lap last corner, you need to fight.”

Shortly afterwards, a TV crew told Kvyat he had been issued a 10-second drop down the order by the stewards, which relegated him behind Hulkenberd and Gasly.

Stewarding decisions were under the microscope at the weekend, with Max Verstappen angered by the penalty which stripped him of pole position on Sunday evening. The FIA has adopted a “let them race” mindset when deciding penalties, although some drivers feel there has been a lack of consistency in decisions.

Kvyat has been an outspoken critic of the stewarding procedure before — labelling it a “circus” in 2017 — and he was in a similar mood after the most recent penalty.

The Russian told Motorsport.com: “I don’t want to say too much, because I am still very upset about it, and I strongly as a racing driver disagree with it, because they told us we can race, we are allowed to race.

“Obviously Nico was defending, I was attacking and there was a clash, but you know, these things happen, especially [at the] last corner of last lap.

“I think people like to see some racing, and if we get penalised for it… they just kill the sport like this, and yeah, I don’t like what stewards do sometimes.”