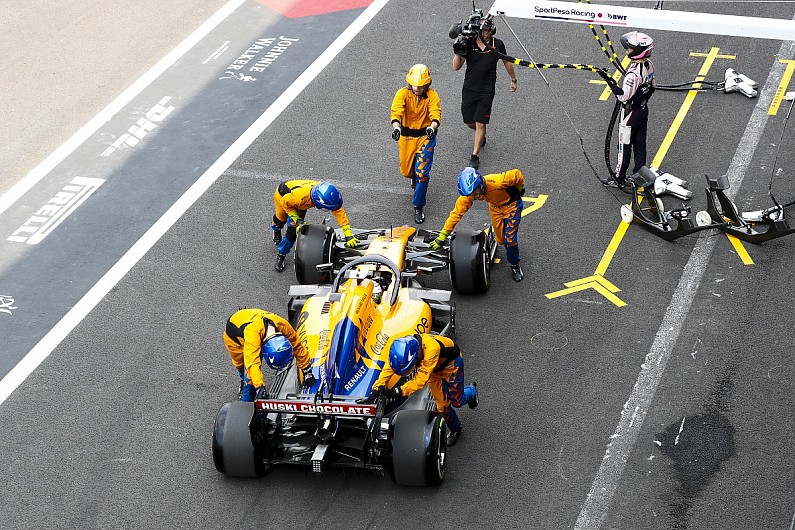 McLaren has escaped an unsafe release penalty following the Formula 1 Mexican Grand Prix, the FIA ruling it was “not possible to determine” whether the team had broken the regulations.

Lando Norris was forced to bring his McLaren MCL34 to a halt at the pitlane exit during the race after making his sole pitstop, with the new front left tyre seeming not to have been fitted properly.

He was pushed back towards the McLaren pit box and the issue was corrected, but his race was undone by then, and he eventually brought the car back in to retire.

McLaren was placed under investigation shortly after the pitstop, but ultimately escaped punishment.

The offence of releasing a car from the pitbox with a wheel improperly attached normally leads to a monetary penalty, and the Woking-based team itself has had to pay a €5000 fine as recently as the Italian Grand Prix, when Carlos Sainz Jr retired as a consequence of a botched pitstop.

In their verdict for the latest case, the FIA stewards wrote: “The team representative stated that the front left mechanic was not sure if the tyre was secured properly therefore they decided to stop the car for caution. 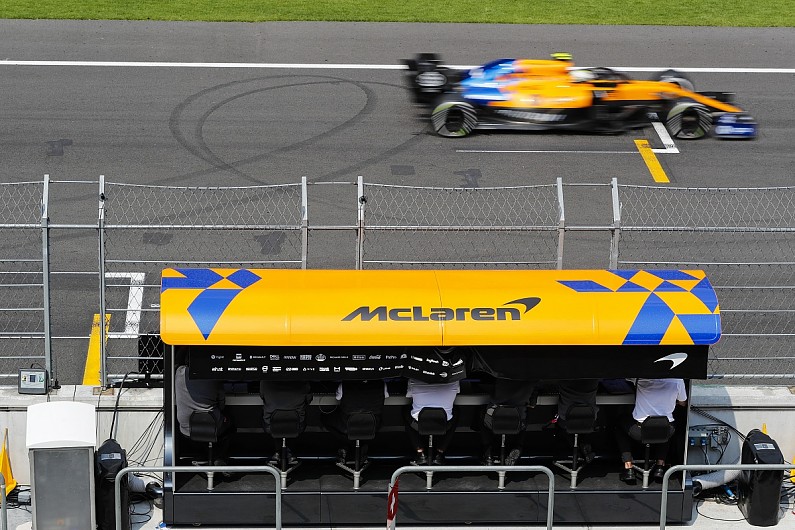 “After reviewing video evidences, the FIA technical delegate could not establish if the car was in an unsafe condition after being released from the pit stop.

“The Stewards considered that with the available evidence it is not possible to determine if the car was released in an unsafe condition.”

McLaren team boss Andreas Seidl said the Norris stoppage was a “different issue” to the Sainz situation in Monza.

“We had an issue with the wheelnut going on on one corner, which was cross-threaded, and that was the issue,” Seidl said.

“We improved compared to Monza in terms of reaction, we managed to stop the car inside the pitlane and pull it back but obviously it is better to not get to this scenario.

“These pitstops are happening within 2.5 seconds and you try to go to the limit but these happen so quickly, especially when you have the issue of cross-threading, it is bad luck.

“But still we need to learn from it and see what we can do on the technical side and the operation side.”