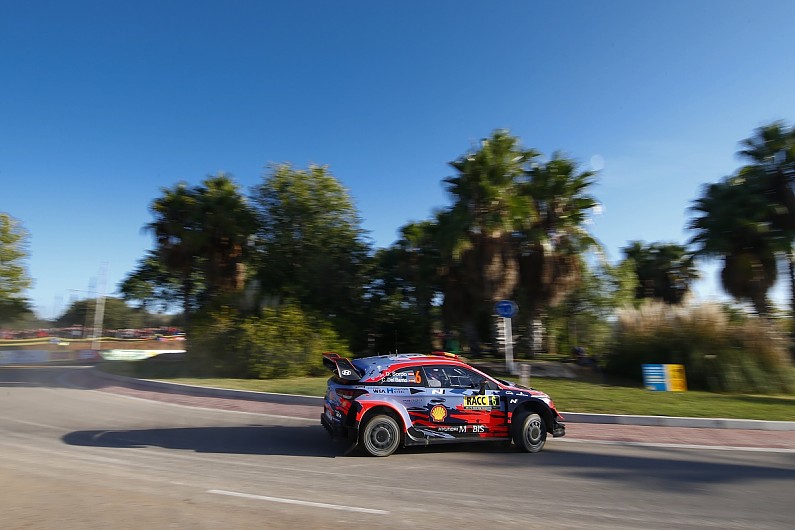 Ogier made the best possible start by winning the opening Gandesa stage, pulling a slender 0.7-second advantage over Sordo and a further 0.3s over Neuville.

But it all went wrong for the Citroen driver at the very start of the following Horta-Bot test, as a hydraulic problem on his C3 caused his paddle-shift and power steering to fail “straight away”.

As a result, he haemorrhaged 42.7s to championship favourite Ott Tanak on stage two and then gave up a further 2m47.6s on the 24 miles of La Fatarella-Vilalba despite making attempted repairs between the two tests.

Ogier is still in the rally but is 3m36s off the lead, saying there is “not so much I can do”. 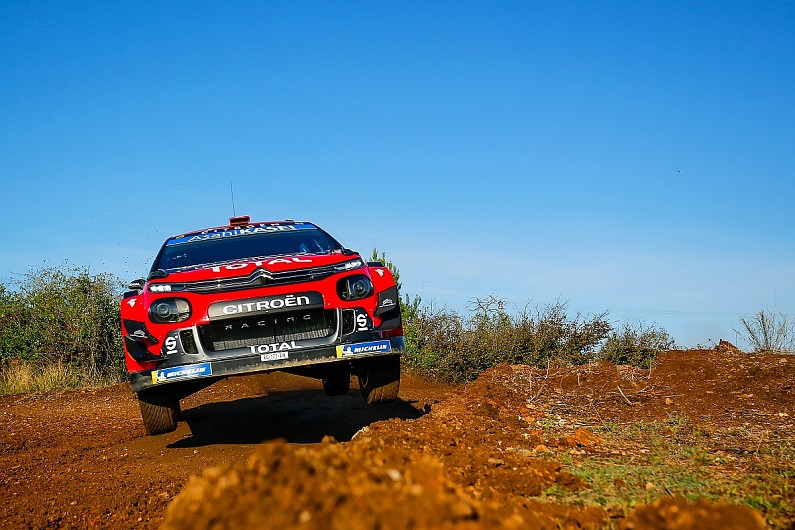 Neuville, whose own championship aspirations are looking bleak as he currently has a 41-point deficit to Tanak, took the lead from Ogier by winning stage two, only to lose it to Sordo on the following test.

Sordo said he picked up a rear puncture “5km from the end” of La Fatarella-Vilalba, but still beat Neuville by 1.4s to lead the rally by a second heading into the opening afternoon.

After Ogier’s issues, Tanak is now perfectly positioned to take his first WRC title this weekend.

He remains in the battle for the rally win despite being slower than Neuville and Sordo across all three stages so far, and sits 6.5s behind the two Hyundai cars in third overall.

Toyota’s Kris Meeke was on the periphery of the podium positions but slipped back slightly on La Faterella-Vilalba.

M-Sport’s Elfyn Evans said he suffered a “short half-spin” on the Horta-Bot run, but a strong time on stage three put him 0.3s ahead of Meeke and into fourth.

Nine-time World Rally champion Sebastien Loeb returned for his first event since Rally Portugal in June and opted for an adverse tyre choice on Friday morning.

Loeb selected five hard compound tyres for his Hyundai, with the majority of his rivals going with three hards and two mediums.

Initially, the gamble looked as if it would not pay off as he lay ninth after the first two stages, but Loeb blasted to a stage win on the third test to climb to sixth, 0.7s behind Meeke and 0.1s up on Esapekka Lappi, who had a strong morning for Citroen.

The Toyota driver said he could not “get the confidence” with his Yaris and battled with understeer in conditions he had expected to be more predictable.

Teemu Suninen was sixth for M-Sport after stage two but dropped to ninth on the mixed-surface La Faterella-Vilalba run after admitting he pushed too hard on the asphalt section on the stage, which destroyed his rear tyres.

Takamoto Katsuta completed the top 10 on his second outing in a Toyota Yaris WRC.