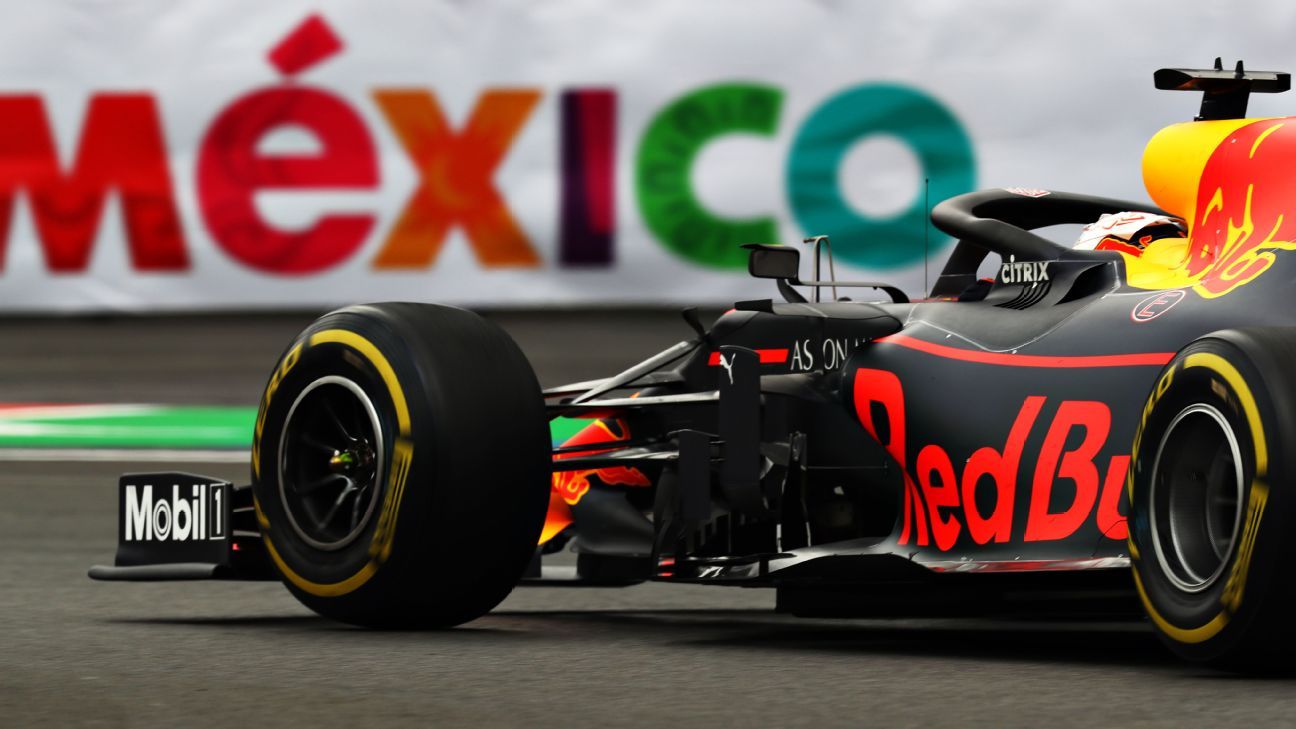 MEXICO CITY — The race in Mexico City presents a unique challenge on the Formula One calendar due to the relatively thin air at an altitude of 2000 metres. Both engine and aerodynamic run compromised as a result, and the team that adapts its package to the conditions the best will come out on top.

Even with maximum wing levels, the thin air means the cars are only generating Monza levels of downforce in Mexico. That lack of downforce robs the car of performance, puts added strain on the tyres and results in high top speeds due to a lack of drag — typically top speeds are 2km/h faster than Monza despite the fat wings.

The only problem is that the Autodromo Hermanos Rodriguez is far more demanding than Monza in terms of corners. It has a combination of high-speed, medium-speed and low-speed corners and the drivers end up craving more downforce throughout the lap. To put it in perspective, if you were to place the track at sea-level, teams would hope to run Silverstone or Hockenheim levels of downforce.

“This is probably the only circuit we come to where we don’t actually run the right amount of downforce that we should be running,” Ferrari chief engineer Jock Clear explains. “The fact we haven’t got it means we all have to manage a load of other things because the car is not actually working in its optimum window, and generally the cars that finish a grand prix in P1, P2 and P3 are pretty much working in their optimum window.

“Here, no-one is working in their optimum window and those that get right on Saturday and Sunday are doing a really good job at finding the right compromise.”

A glance at the results of Friday’s practice sessions suggests Ferrari and Red Bull are on track to find the right compromise. Sebastian Vettel was fastest with a 1:16.607, 0.115s ahead of Max Verstappen in second.

However, it seems those two cars are working in very different ways, with Ferrari finding time on the circuit’s long straight and Red Bull finding its time in the corners. That speaks volumes of the traits of the two cars, with Red Bull having more overall downforce and Ferrari having the power to blitz the rest of the field on the long straights. Mercedes, meanwhile, seems lost with Valtteri Bottas 0.614s off Vettel and Lewis Hamilton 0.963s off.

“We’ve definitely learnt a lot and I haven’t had any particularly major dramas it is just trying to understand these tyres,” Hamilton said. “I think we’re not massively far off the Red Bulls but the Ferraris, they just keep turning up their engine down the straights and the difference between us and them is massive. I think between the rest of the drivers as well.”

A closer look at Mercedes pace shows that the car is relatively slow on the straights, fastest of all in high-speed corners but slower than Red Bull in the slow and medium corners. That suggests the car has plenty of downforce — something we know from previous races — but is perhaps struggling over the kerbs in the low-speed corners.

Having a car that is stable and fast in high-speed corners requires a stiff setup whereas having a car that works over the kerbs requires a relatively soft setup. Managing that balance while keeping the tyres in the right window, again something that is helped by a softer setup, is a tricky balancing act, especially with track conditions changing from session to session. But whatever the issue is, Mercedes is confident it knows where it has gone wrong.

“We’ve already got a few ideas as to where we may have taken a wrong turn but it’s both single-lap pace and long run degradation that we need to improve,” chief trackside engineer Andrew Shovlin said. “We need to get the car sorted before we can start talking about what we can achieve in qualifying and the race — it’s all interesting stuff from an engineering point of view, so we’ll be getting our heads together tonight and see if we can make some progress.”

But, as is often the case, Mercedes appears to be closer to Ferrari on race pace. On similar medium-tyre runs on heavy fuel, Hamilton’s average lap time was a 1:21.926 compared to Vettel’s 1:22.108. It was a similar story on the soft compound too, with Valtteri Bottas managing an average lap time of 1:22.189 compared to Charles Leclerc’s 1:22.814.

Long runs in Mexico are all about combating tyre graining — a phenomenon that occurs when the surface of the tyre overheats while the core temperature is relatively low. That is a common problem here as the lack of downforce puts extra stress on the tyres and overworks the surface of the tyre while the cool ambient temperatures mean it takes longer to build bulk temperature. All teams struggled with graining to some extent, but those with more downforce and a balanced car should be more immune.

Red Bull appeared to be the best placed, even though the team only had one set of data after Alex Albon’s crash early in the second session. Verstappen’s average on the softs, which are particularly susceptible to graining, was a couple of tenths faster than Bottas’, while his pace on slightly lower fuel later in the session also looked competitive.

As an overall package, Red Bull, which has won the last two races in Mexico, looks solidly placed again. But as Clear points out, Sunday’s grand prix could well become a race of attrition rather than one of outright pace…

“You have to come here with the best package you can to try and make the car survive,” he said. “It’s probably quite frustrating to drive and it might be quite frustrating for the armchair enthusiast who doesn’t really buy into the technology we’ve got, but the aficionados and die-hard F1 fans will like the fact that Sunday’s race will be a race of attrition.

“The drivers, who look after the car and the temperatures are the ones who will come out on top here.”

WFG Finals | Day Three
When Your Voice Breaks Before the Race 😅 #Shorts
Race leaders SLIDE off track! | TotalEnergies 24 Hours of Spa 2021
Join us live from Misano for Round 6 of the 2021 Fanatec GT2 European Series! 📺
2019 Lime Rock Park 120