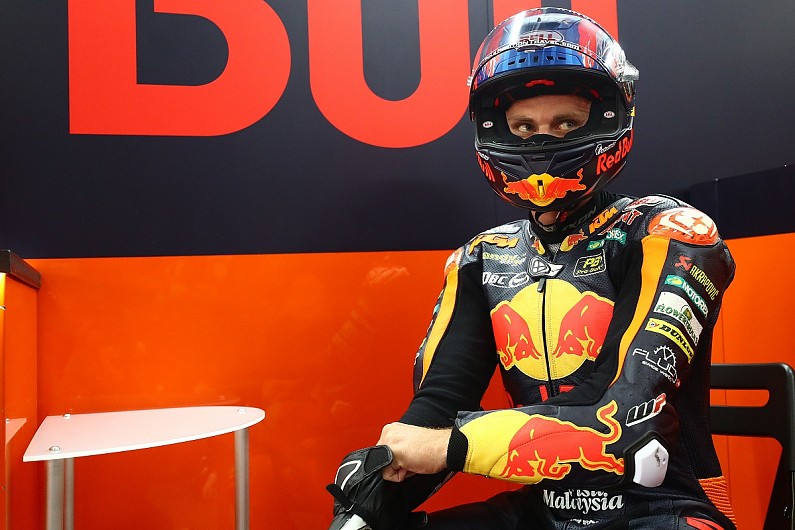 KTM has named Brad Binder as Johann Zarco’s replacement in its factory MotoGP team in 2020 and will line-up alongside existing rider Pol Espargaro.

Moto2 rider Binder had been set to graduate to MotoGP next year, but he was in line to replace Hafizh Syahrin at KTM’s satellite outfit Tech3.

But Zarco’s exit from KTM – subsequently earning a three-race deal with LCR Honda – meant the manufacturer scrambled to fill the works RC16.

KTM’s predicament was complicated by the fact Tech3 was keen to hang on to its 2019 rookie Miguel Oliveira.

As a result, KTM has now opted to promote Oliveira’s intended team-mate Binder instead, while giving the vacated Tech3 ride to another Moto2 graduate in Iker Lecuona.

“It was clear that our plans for 2020 needed to change following our mid-season announcement [of Zarco’s exit],” KTM motorsport director Pit Beirer said.

“After some thought and talks, we decided to move in this direction and let the young, hungry guys with good experience in the other categories of MotoGP show us what they can do.”

Aside from Oliveira – and with test rider Dani Pedrosa making it clear he did not want to return to competition – fellow tester Mika Kallio and Bradley Smith had seemingly emerged as the obvious options to replace Zarco. 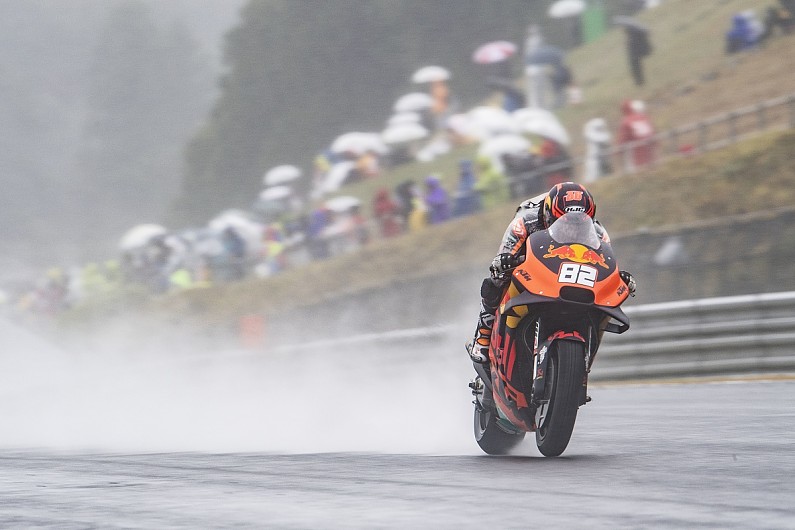 While KTM called up Kallio for the remaining races of 2018 after benching Zarco in the lead-up to Aragon, the 36-year-old will not be getting the ride on a full-time basis.

Binder, who trialled the RC16 during the summer break, won a Moto3 title for the Austrian marque back in 2016.

He remains in mathematical contention for this year’s Moto2 crown – though he trails championship leader Alex Marquez by 50 points.

“I’m super happy with the duo we have for 2020. We had a long discussion about it but finally, I think it is a good decision that KTM made,” said KTM team manager Mike Leitner.

“In Pol, we have a very strong rider who has made good results for us and we’ve seen in the other categories what Brad is capable of with our bikes.

“He is one of the young kids that has come through the ranks. It will be a big challenge for him but I think he will have a great future in MotoGP.”

Lecuona, 19, had already signed a deal for 2020 to ride for the Ajo Motorsport-run KTM Moto2 factory squad, although KTM then announced it was ceasing its intermediate-class programme.

A Moto2 regular since mid-2016, Lecuona scored his maiden podium in last year’s Valencia finale and is 11th in the current championship standings.

Lecuona is the second-highest placed KTM rider in the category behind Binder.