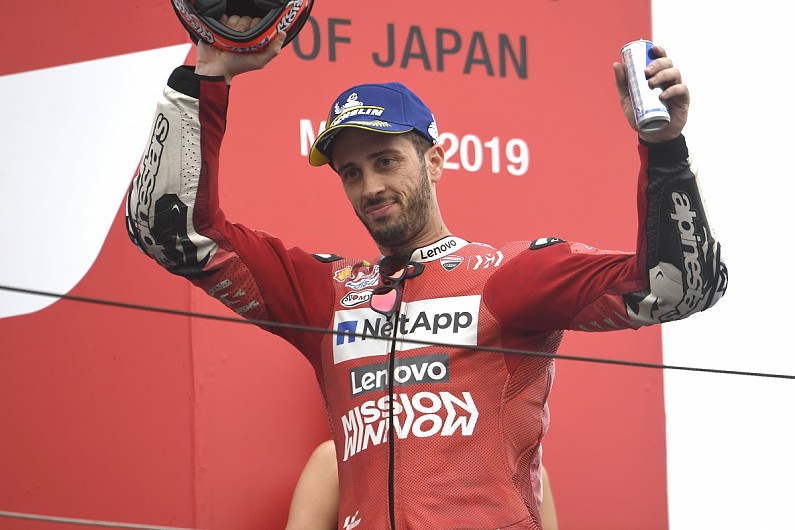 Ducati MotoGP rider Andrea Dovizioso has expressed his concern over his bike’s lack of performance when the tyres offer peak grip, despite scoring a podium in Motegi.

Dovizioso charged late in the race on used rubber to put second-placed Fabio Quartararo under pressure and ultimately complete the podium within a second and a half of race winner Marc Marquez.

But with Quartararo struggling for tyres and Marquez managing fuel in the end, Dovizioso was left to rue a lack of performance in the first half of the race – most of which he spent stuck behind Petronas Yamaha’s Franco Morbidelli.

“When the grip was good from everybody, I wasn’t fast enough,” Dovizioso said.

“I was losing too much in the middle of the corners, I couldn’t be faster than Morbidelli.

“Lap by lap the tyre dropped and in that case my bike was better and better, I was able to brake better and my lap time improved.

“Really happy about the last part of the race, because my feeling was really good, the lap time was good – but we are not fast when the grip is good. 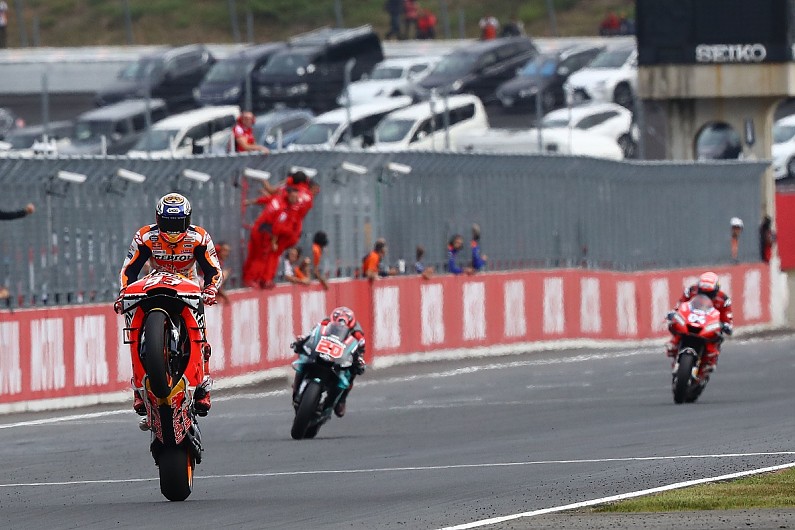 “This is something we have to analyse and study, because in the practice we’re struggling to be on top, like in the beginning of the race.

“A bit disappointed about that, especially when you see the end of the race, I was really fast. But this is the situation, we have to analyse [it].”

Fellow Ducati rider Danilo Petrucci was likewise less competitive at the start of the Motegi race than at the end, but was ultimately downbeat about a ninth-place finish.

“Sincerely I’m really not happy about my position,” Petrucci said.

“At the beginning I struggle a lot with the front tyre, to stop the bike, the temperature of the front tyre was really really high.

“[It] was difficult for me to keep the pace of the front guys.

“Then I was able to get the temperature low and the feeling was better, but it was too late.

“The second part of the race, the feeling was better but for sure I struggled a lot.

“I couldn’t be happy. For sure, the gap to the front guys [14 seconds to Marquez] is shorter, but it’s not the race I wanted.”