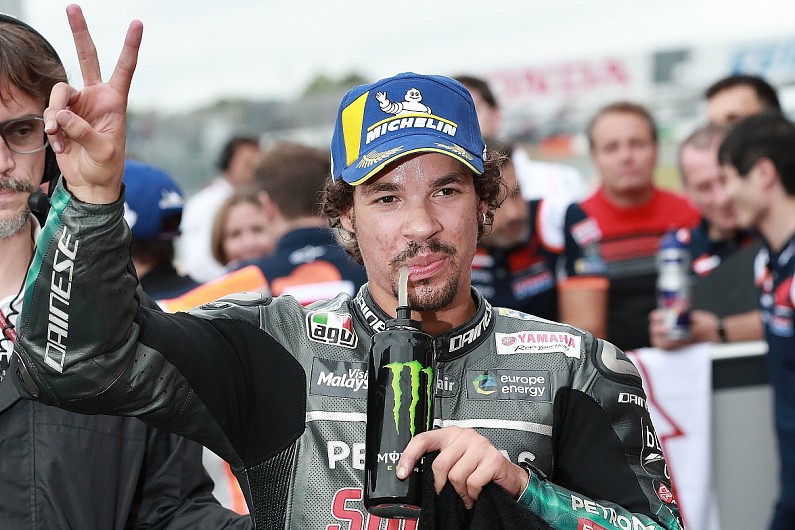 Franco Morbidelli described outqualifying his Petronas SRT Yamaha MotoGP team-mate Fabio Quartararo at the Japanese Grand Prix as “one of the most difficult things in the world”.

Quartararo has been a one-lap sensation in his rookie campaign in 2019, taking four pole positions and becoming MotoGP’s youngest-ever polesitter.

Motegi marked only the third time all season that Morbidelli had beaten his stablemate in qualifying, as both he and Quartararo slotted in within two tenths of champion Marc Marquez’s pole lap on what was still a somewhat damp circuit.

Asked by Autosport whether a rare qualifying victory over Quartararo came as a boost, Morbidelli said: “I think to beat Fabio on a hot lap is one of the most difficult things in the world, because he’s unbelievably fast and he is able to pull out hot laps like [he’s] drinking water! So I’m very happy about that.

“I have a decent pace so we hope for a decent race tomorrow, but I don’t want to be too trustful.

“First I need to put it on track and then I can say it.”

Morbidelli, who has enjoyed a surge in form of late, said he was “fast all day” on Friday and so has high expectations for what is expected to be a dry race.

The Italian’s improved showings have coincided with the Yamaha M1 bike proving increasingly competitive relative to its opposition, and Morbidelli reckoned Quartararo’s successes have played a part in this.

“I think it’s a combination of two things,” he said when asked to explain Yamaha’s recent rise.

“One is Fabio, because he has showed [that] with this bike it’s possible to do amazing things and be unbelievably fast.

“So I think he gave the right motivation to all the Yamaha riders to improve.

“And overall Yamaha of course improved the package. This brought all Yamahas much [further] ahead.” 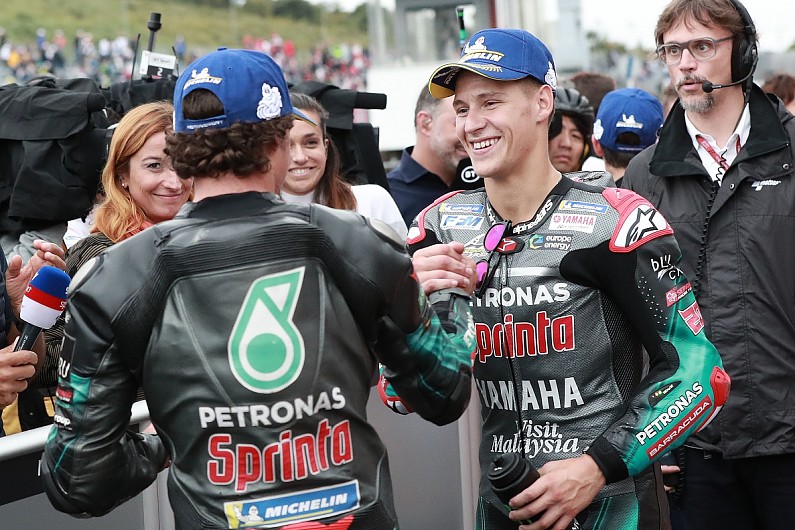 Despite qualifying behind Morbidelli at Motegi, Quartararo was buoyed by his performance – describing his showing in mixed conditions as “better than [in] all my life, because I’ve never been fast in conditions like these”.

“We really didn’t expect to finish on the front row, but after the FP4 I saw that I had a good feeling and I thought the front row was doable,” Quartararo added.

“So I’m already very happy to have done this time, considering that I really made a lot of mistakes in my fast lap.”

Valentino Rossi ended Motegi qualifying as the slowest of the Yamaha runners in 10th on the grid, having “missed a few tenths” because he was not “good enough” in the Japanese venue’s numerous hard braking zones.

Rossi switched braking technique on Friday – applying the lever with two fingers instead of three – in a bid to find more stability on the way into corners, but admitted after his lowly qualifying result he will have to try “something different” for the race. 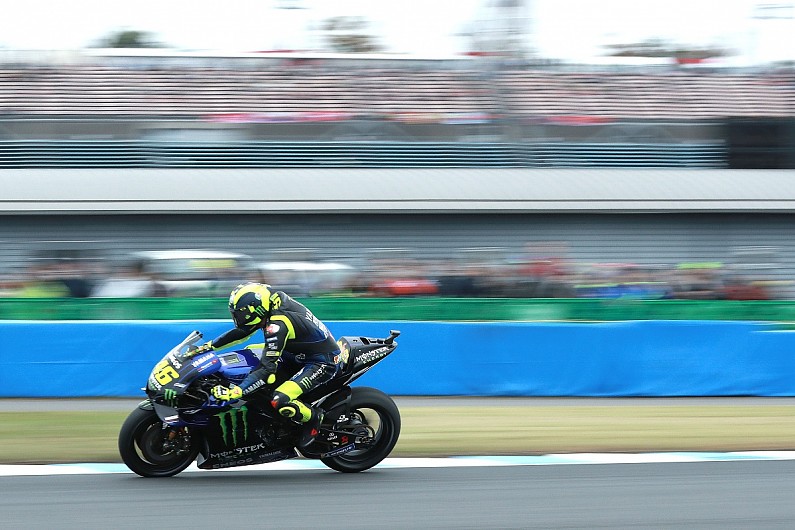 “I missed a few tenths to [be able to] start further ahead because I wasn’t good enough on braking,” Rossi explained.

“There were points where I could have done better.

“So I’ll have to start 10th. But it’s all [still] to be seen, because it seems that tomorrow it will be dry, so the choice of tyres will be important.

“Here the braking is very important, but I’m not good enough to stop [the bike] well. Tomorrow we will have to try something different.”