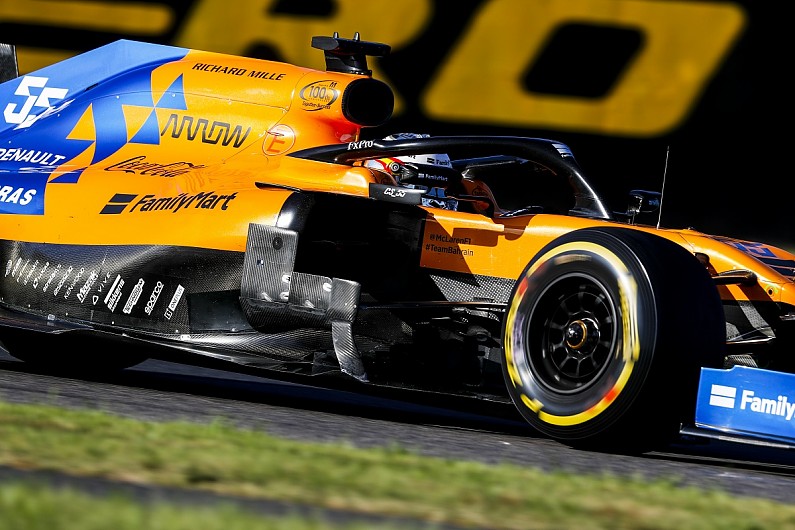 McLaren’s underdog star Carlos Sainz Jr has got between Lewis Hamilton and Max Verstappen at the top of Autosport readers’ Formula 1 driver rankings after the Japanese Grand Prix.

Sainz’s strong performances at the head of the midfield have made him one of the heroes of the 2019 F1 season – and that’s reflected in his 8.11 out of 10 average in your scores for the year as a whole.

In the Suzuka vote you gave him a 9.7 average for a performance in which he finished fifth and managed to keep the recovering Charles Leclerc at bay so effectively that Ferrari abandoned the chase and pitted for fresh tyres to go for fastest lap instead.

That Japanese GP score moves Sainz up to second behind Lewis Hamilton, whose average from your votes is now 8.2 out of 10, and ahead of Max Verstappen.

The Red Bull driver has spent most of the season battling Hamilton in the top spot for the rankings but slipped back to a 7.99 season average as his brief Suzuka race only earned a 5.9 from readers.

The other major move this week was Daniel Ricciardo leapfrogging Kimi Raikkonen, Nico Hulkenberg and Sergio Perez to vault from 13th to 10th.

That was earned via an 8.3 average score from readers’ votes for his charge from 16th on the grid to sixth.

Autosport publishes its driver ratings feature on the Monday morning after every grand prix, with Plus subscribers able to submit their own scores too.