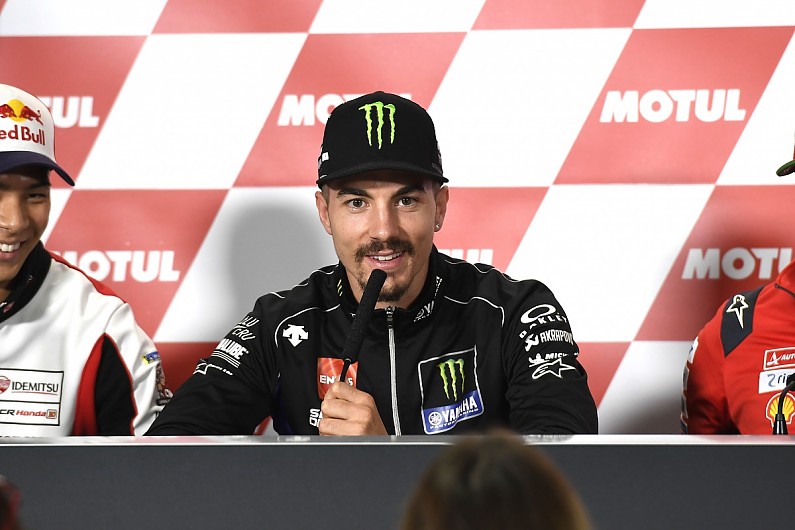 Maverick Vinales set the pace in the opening practice for MotoGP’s Japanese Grand Prix at Motegi, leading Yamaha stablemate Fabio Quartararo by a quarter of a second.

Factory Yamaha man Vinales posted a lap of 1m45.572s at the very end of the 45-minute Friday morning session to lead Petronas SRT rider Quartararo by 0.258 seconds, with Franco Morbidelli a further 0.153s behind his team-mate.

Vinales first hit the top of the times when he posted a 1m46.244s effort with 19 minutes to go, although that was soon beaten by newly-crowned six-time premier class champion Marc Marquez’s best time of 1m46.035s aboard the Honda.

Marquez’s benchmark stood until the final few minutes, as first Morbidelli broke the 1m46s barrier to record a 1m45.983s, which was soon beaten by a 1m45.987s from Vinales.

Quartararo briefly went quickest on a 1m45.830s once the chequered flag fell but that was then surpassed by Vinales’ 1m45.572s.

Marquez didn’t improve in the final stages but remained fourth, just under half a second off the pace, while Suzuki riders Alex Rins and Joan Mir were next up in fifth and sixth. 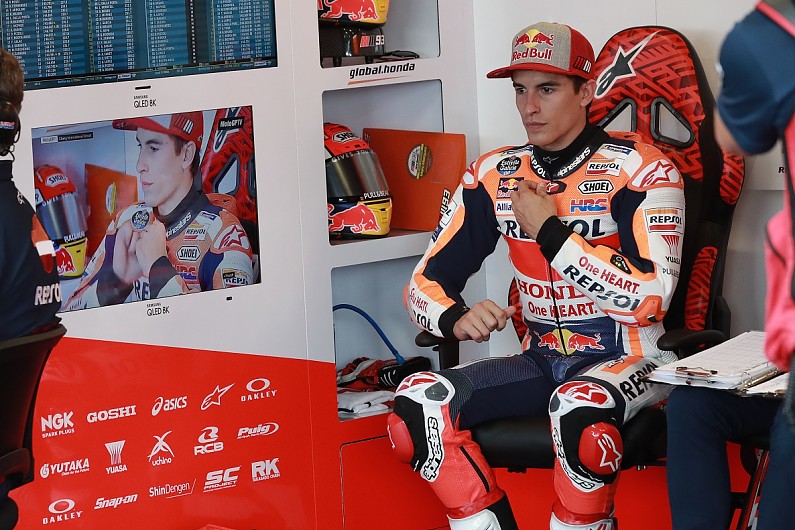 Valentino Rossi ended up slowest of the Yamahas, 0.848s off the pace of Vinales in 12th, although the Italian notably did not equip a new tyre for his final runs.

Danilo Petrucci was one place behind on the second works Ducati.

Jorge Lorenzo’s Honda struggles continued as he finished the session down in 19th, 1.8s off the pace and four places behind the year-old LCR bike of Takaaki Nakagami.

Suzuki wildcard Sylvain Guintoli – the only additional entry for the Japanese GP weekend – was 21st, a little over two seconds off the pace on the third GSX-RR.