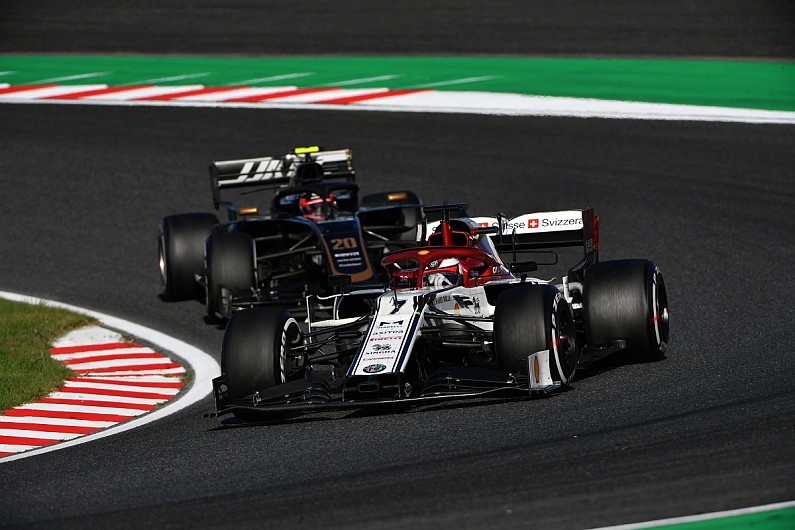 Alfa Romeo Formula 1 boss Fred Vasseur says there is “no need to panic”, despite the team’s struggles to find race pace compared to its strong qualifying form.

At Suzuka Antonio Giovinazzi just missed out on a spot in Q3 with 11th place, but in the race both he and team-mate Kimi Raikkonen lacked pace in the opening two stints.

Raikkonen ultimately went on to finish 13th, with Giovinazzi behind in 15th.

The Suzuka result is the latest in a disappointing run of form for Alfa Romeo, where since the summer break Giovinazzi has only managed to record a ninth and a 10th while Raikkonen has scored no points.

But Vasseur says the basic one-lap pace of the C38 still gives the team some encouragement heading into the final phase of the season.

“I would be very worried if we were one second off in qualifying, but it’s not the story.

“The race might be difficult to manage, but it’s more easy to find [more] pace in the race than in qualifying.

“Sometimes for one tenth – plus or minus – you can have the feeling that the situation is completely different.

“We always have to be very careful with this.

“Antonio was two hundredths from Q3, or something like this. Sometimes you are [just] two-hundredths in front and you are the star.” 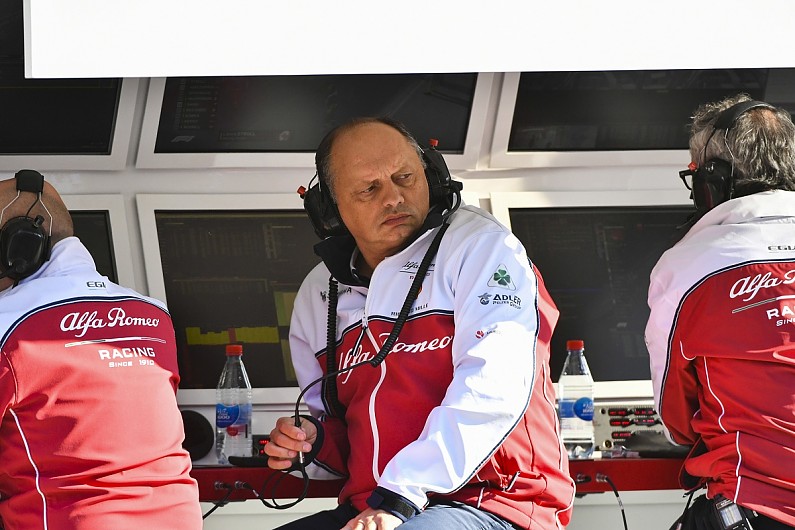 Vasseur says that the team is still trying to understand how to get the best out of the Pirelli tyres in race conditions.

“It’s difficult to know what’s wrong. We are struggling to be consistent over the race, and I think that was the issue over the last two or three events.

“The first part of the [Suzuka] race was a disaster. Well, disaster is a bit too much, but it was very tough.

“In the last stint with the soft we were back on the pace, and we did a very strong stint at the end, but it was far too late.

“We have to take care with the conclusion, but I think it’s more about consistency over the stint with different compounds than on the pure pace.

“Sometimes you are in the right window, sometimes not, depending on the track layout or the track temp or so on.”