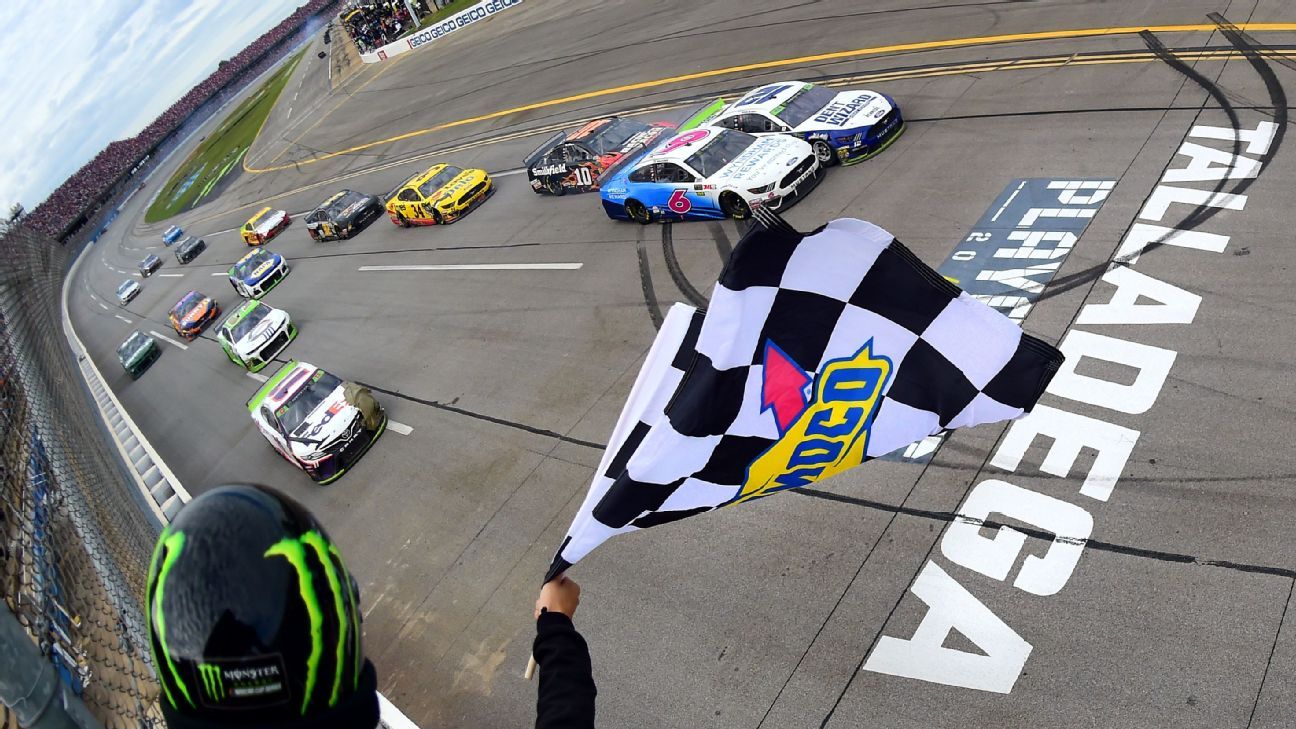 Even though we had to wait until Monday, I hope that was the Talladega race you were looking for.

I didn’t mean to play spoiler, but if you read last week’s column (and I’m just assuming you did for my own self-confidence), I gazed into my crystal ball and gave you a sneak peek last week when recapping Kyle Larson’s Dover win.

Hey, let’s make that streak nine times in the past 11 seasons, and we’ll go ahead and revisit that stat next season.

But for now, we’ll revisit the Sunday/Monday race at Talladega.

Blaney in a photo finish

In a “blink-or-you’ll-miss-it” finish, Ryan Blaney edged Ryan Newman by 7-thousandths of a second Monday afternoon at Talladega. That’s .007 if you prefer decimal points or are a James Bond fan.

NASCAR began using electronic scoring in 1993, and since that time, there have been just six races decided by .007 seconds or less. The last time it happened was in April 2011, also at Talladega, when Jimmie Johnson edged Clint Bowyer by .002 in a thrilling four-wide finish, prompted by the tandem drafting method.

In that time, only one other Talladega race was decided by that .007 margin or less. In July 1993, Dale Earnhardt beat Ernie Irvan by .005 seconds.

Blaney’s three career wins have come by an average of 0.31 seconds. Out of the 64 drivers who have won at least one Cup race under green flag since 1993, that is only the 12th-smallest average margin. The small largest belongs to “Mr. Excitement” Jimmy Spencer at 0.02 seconds.

The lead was traded around for most of the afternoon (or two afternoons) at Talladega. The final count, 47 lead changes among 19 drivers.

What makes that even more impressive is that last year’s Talladega Playoff race had only 15 lead changes. That was the fewest at Talladega since May 1973, when David Pearson lapped the field and won a race that only had 13 lead changes.

The 19 leaders in this weekend’s race also were the most at any track since 2014, since the October race at Talladega that same year, won by Brad Keselowski.

No avoiding the Boyd

Spencer Boyd picked up an unexpected Truck Series victory Saturday, as the beneficiary of Johnny Sauter driving below the yellow line to block Riley Herbst.

Leading only the final lap, and not actually being the driving who did the celebratory burnouts and collecting of the checkered flag on the track, Boyd became the 107th driver to win in Truck Series history, and the 327th to win a race in any of the top-three NASCAR series.

That 107 seems like a lot of winners, but when you consider that 962 drivers have run a Truck Series race, that’s just 11 percent of the total drivers to pick up a win.