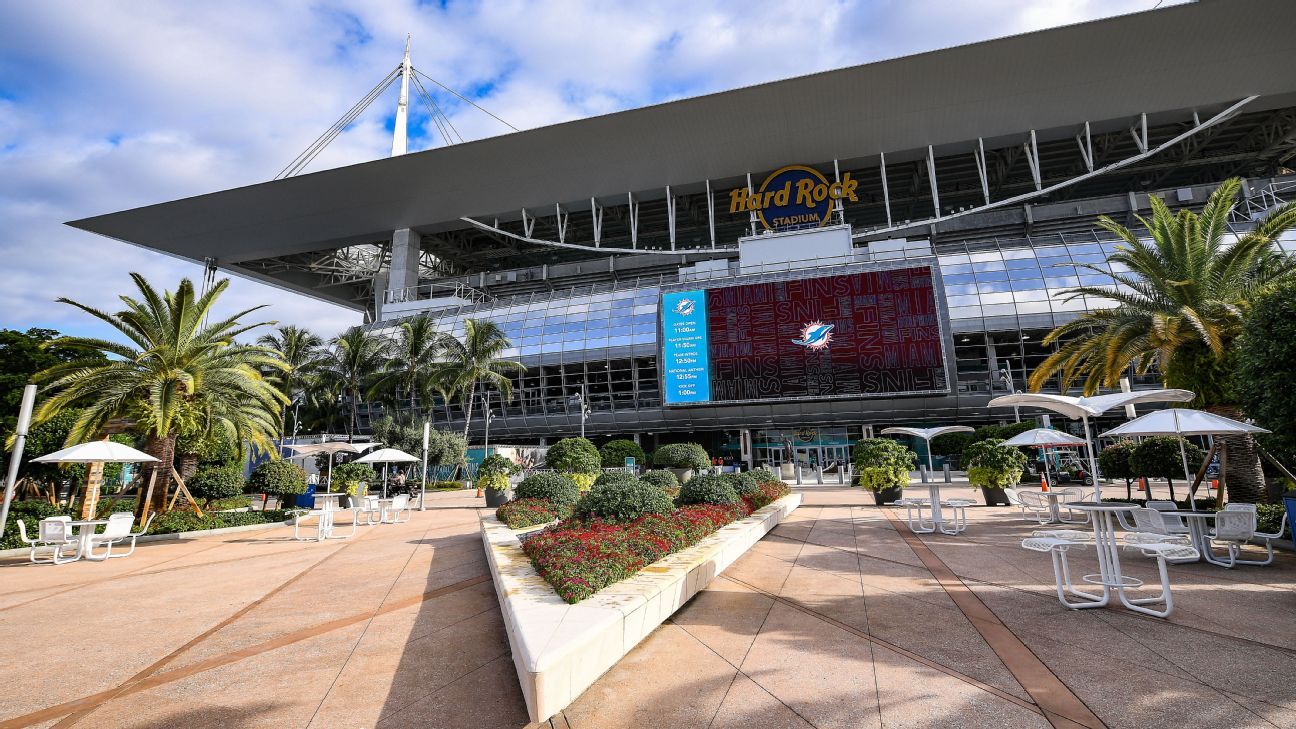 Formula One and the Hard Rock Stadium, home of the Miami Dolphins, have reached an agreement in principle to host a grand prix.

F1 and Miami came to a 10-year agreement to host a race around the Biscayne Bar and Bayfront Park area, originally slated to start in 2019. However, this plan was knocked down by local opposition, forcing the indefinite delay of the race.

Since then a new plan has formed around the Dolphins stadium. The consortium pushing for the event is led by Dolphins owner Stephen Ross. F1 told ESPN earlier this year it planned to push ahead with the new Miami Grand Prix plan.

It appears progress has been made on the current discussions. On Tuesday, Tom Garfinkel, the vice president and CEO of the Miami Dolphins and the Hard Rock Stadium, tweeted concept pictures of a circuit stretching around the stadium, which is set to host this season’s Super Bowl.

The world’s greatest racing @f1 has never been to S. Florida. Imagine people coming to this region from around the World in May. Multiple passing zones and world-class clubs and amenities. Barcelona, Monaco… Miami… make it happen. pic.twitter.com/OxxUP4NFUN

Garfinkel also retweeted a comment saying “Let’s hope @CityofMiami sees the real value here and approves the event”, a reminder that any Miami race must receive political backing to go ahead. While the 2020 F1 calendar has been finalised, a spot on the 2021 season would seem likely if there is council approval.