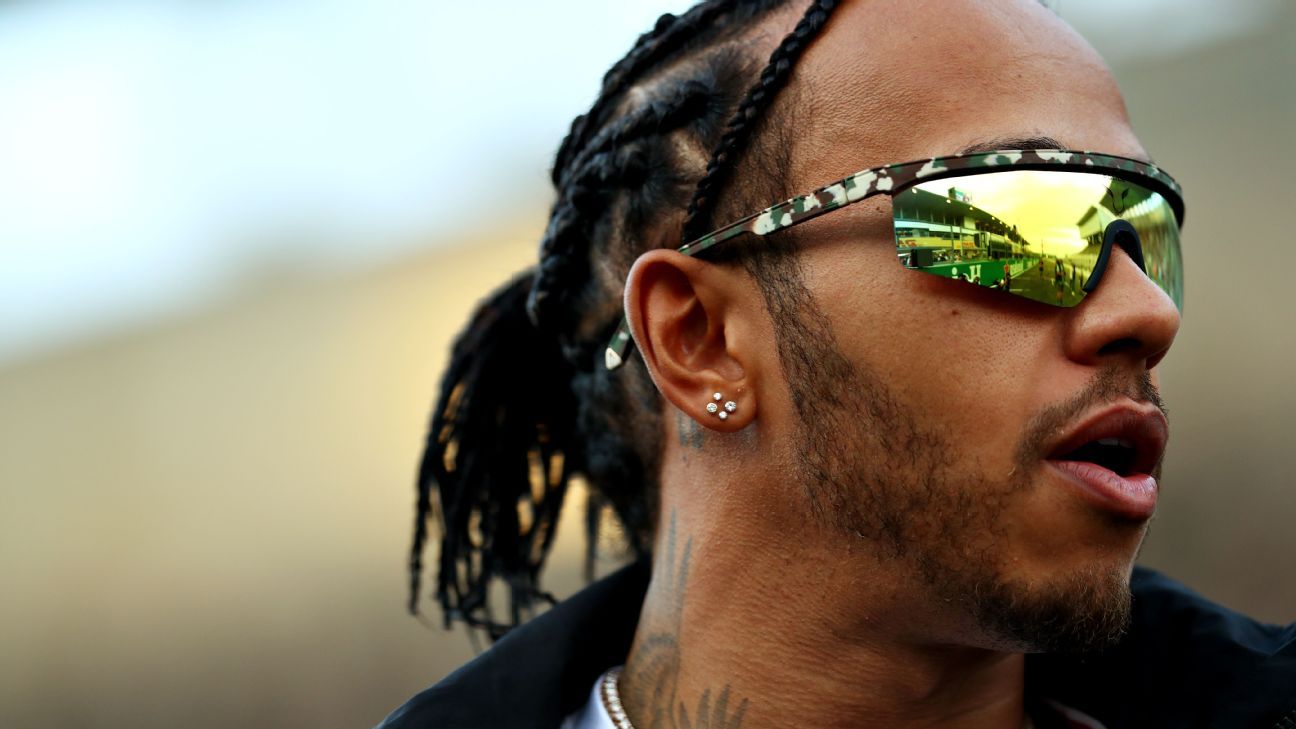 Lewis Hamilton has said the he feels like “giving up” with his fight to raise awareness for climate change and has called for more people to become vegan.

Hamilton, who inched closer to a sixth world championship with third place at the Japanese Grand Prix on Sunday, took to social media on Tuesday to call attention to the affects that eating meat is having on global carbon emissions.

“Extinction of our race becoming more and more likely as we over use resources,” Hamilton said in one Instagram post of a series.

“I’m sad to see so many people, even close friends ignore what is happening daily.

“Honestly, I feel like giving up on everything. Why bother when the world is such a mess and people don’t seem to care?”

Hamilton, who has been on a plant-based diet since 2017, opened his own vegan burger chain just off London’s Regent Street last month, called Neat Burger. Hamilton paired up with Beyond Meat and UNICEF ambassador Tommaso Chiabra to found the company that uses plant-based meat alternatives, as well as stocking the Just Water brand launched by Jaden Smith.

The full, unedited transcript of the posts can be seen below.

“I’m sad right now with the thought of where this world is going. Extinction of our race is becoming more and more likely as we over us our resources.

“The world is a messed up place. World leaders either uneducated or don’t care about the environment at all.

“Agriculture farming is the largest pollutant we currently have by over 50 percent, far more than out travel industry combined.

“I’m sad to see so many people, even close friends ignore what is happening daily. Education is key and we were taught that eating animal products was good for us but we’ve been lied to for 100s of years.

“It’s taken me 32 years to understand the impact I’m having on the world and I’m figuring out daily what I can do to play a better part. I want my life to mean something and honestly up until now my life’s had no meaning.

“Being part of the solution is and I’m striving to do better. I urge you, to do some research, find the compassion I know you have within you to recognise what you are in terms of what you eat which keeps the meat and dairy industry flourishing and therefore deforestation, animal cruelty, ours seas and climate decaying on a daily basis.

“Go vegan, it is the only way to truly save our planet today. It can be done so quickly, all you have to do is put your mind to it.

“Honestly, I feel like giving up on everything. Shut down completely. Why bother when the world is such a mess and people don’t seem to care.

“I’m going to take a moment away to gather my thoughts. Thanks you to those of you who do give a damn about the world.”